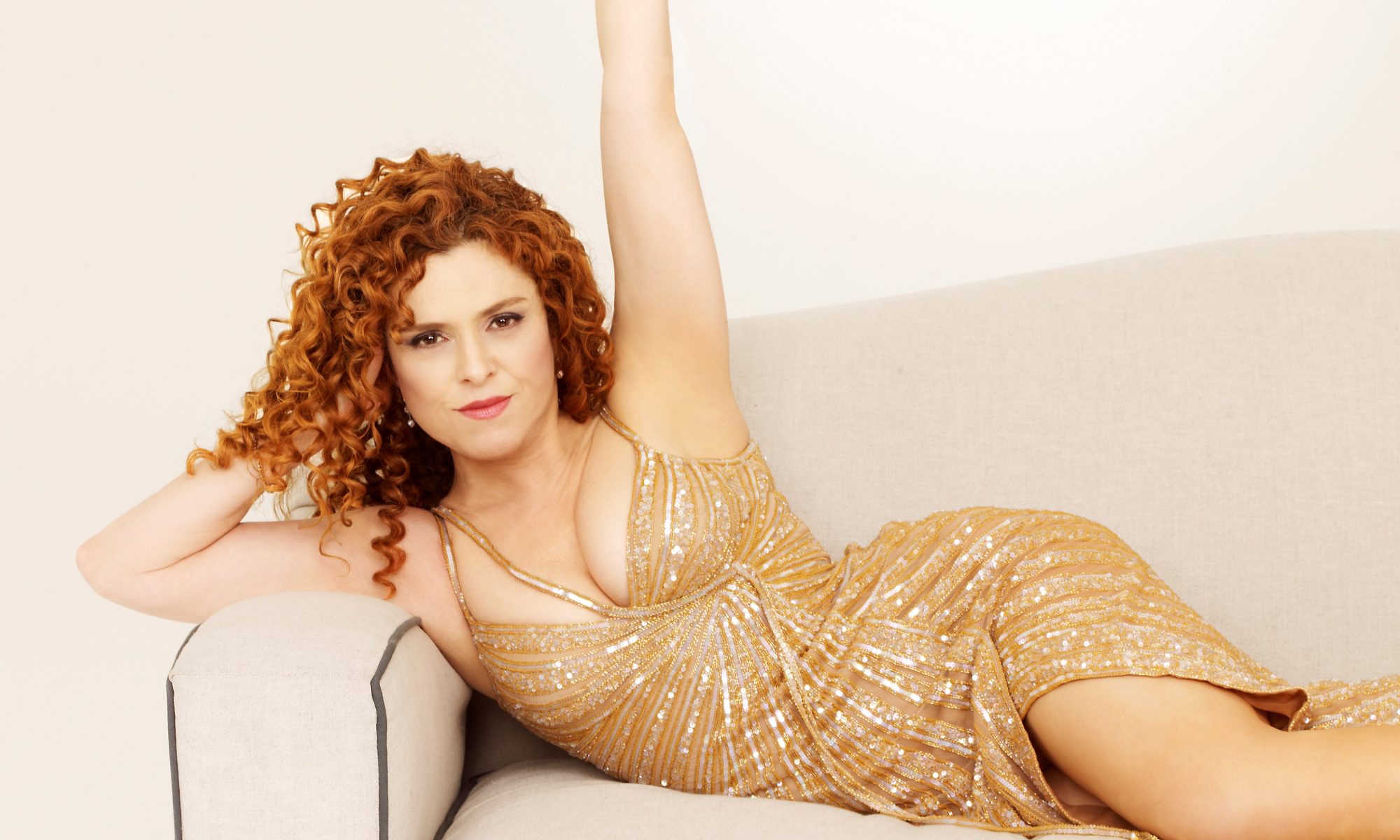 Utah Valley University is not messing around with the talent they’ve scheduled at their new performing arts center, The Noorda.  Since their opening night with Broadway great, Sierra Boggess, UVU and The Noorda have welcomed the likes of Broadway star Ashley Brown traditional Irish band Danú, and six time Tony Award winner Audra McDonald.  The Noorda is also the Utah County home to the acclaimed Utah Symphony. Saturday night was a special evening in Orem Utah. Legendary actress of stage and screen, and Golden Globe and two time Tony Award winner, Bernadette Peters made her Utah County debut.

My history with Bernadette goes back to 1996.  Having grown up in Southern California, one of my favorite things to do was to play a game I called “Hollywood Bowl roulette”.  I used to just go to the Bowl and purchase a ticket way in the back regardless of who was performing. I found myself wondering what to do on a weekend in September 96.  I called a friend and we decided to head to the Hollywood Bowl and as I’m sure you’ve surmised, Ms. Peters was the one performing that evening. I, of course, knew her from the movie version of Annie, and The Jerk with Steve Martin, but I don’t think I was aware of the wide ranging talent she possesses until that night.  Many years later I had the opportunity to see Bernadette Peters in the revival of the musical Gypsy. I know that her performance of Rose had its share of critics, but seeing her perform this demanding role has been one of my favorite theater experiences.  She was so different from anyone else that played Mamma Rose and I think because of that she might be my favorite to play the part. I was really looking for the opportunity to see her here in Utah.

Walking into The Noorda it was pretty clear that it was a sold out show.  As I was escorted to my seat The One Voice Children’s Choir took the stage.  I was excited to see these kids because I got to see a few members of the group perform with Kurt Bestor at Eccles Theater.  I was happy to be seeing the full choir. They’re an incredibly talented group of vocalists. They sang songs like Pink’s “What About Us”, and “The Prayer” by Andrea Bocelli and Celine Dión.  I was not only impressed with the vocalists, but also the pure energy of the entire choir. Directed by Masa Fukuda, it’s clear these children love to sing, and with passion.

As the choir left the stage I could feel a buzz growing withing The Noorda.  The band and orchestra took the stage and opened with an overture. Bernadette was then announced and right as she appeared on stage we were off!  She opened with a jazzy upbeat version of “Let Me Entertain You” from the musical Gypsy. The energy was high and it was surreal to see her.

If you enjoy musical theater and its history, it is virtually impossible to not be amazed by Bernadette Peters’ career.  She made her professional stage debut in 1958. Throughout that time she hasn’t only become one of the greatest actors on Broadway, but she’s so entertaining in her concerts. She quickly had the crowd wrapped around her finger, telling stories and jokes in between some of her most iconic songs.  She followed her rousing opener with a song from the popular Stephen Sondheim musical, Into the Woods “No One is Alone”. It was amazing that after just two songs she was able to shift emotions fo quickly from upbeat and fun to thoughtful and moving. She didn’t stop there, she quickly shifted again and sang a dynamically arranged “There Is Nothing Like a Dame”  from Roger and Hammerstein’s South Pacific. She made her way into the crowd and sang the end of the song to one man in particular. I’d imagine he was delighted by Bernadette’s attention and terrified by the attention of the sold out crowd.

One of the most entertaining songs of the night was Bernadette’s rendition of the sultry “Fever”.  She sauntered her way to the grand piano, walked up the strategically placed stairs and laid down along the top of the grand piano.  With each big drum hit following the lyric “Fever!”, she would dramatically change positions. It was steamy and hilarious. A rare combination.

I was impressed with the preservation of Bernadette Peters’ voice. It’s rude to discuss a woman’s age, so I’ll just state that she’s had a long and illustrious career.  She looked incredible and sounded fantastic. There is no doubt that her voice has matured, but I felt like it gave her a different way to interpret some of these songs.  She still has incredible range and I was never disappointed in the maturity of her voice.

Peters spent most of the concert performing songs from the great Stephen Sondheim songbook.  Peters has had a great deal of success performing in many of Sondheim’s musicals. Along with appearing in his musicals like, Into the Woods, A Little Night Music, and Follies, Bernadette has also performed at many Sondheim celebrations including his 75th Birthday celebration at the Hollywood Bowl which was attended by yours truly.  At The Noorda, Bernadette performed songs like “In Buddy’s Eyes”, “Losing My Mind” “Children Will Listen”, the incredibly moving “Send In The Clowns”, and crowd favorite, “Being Alive”.

“Being Alive” was the final song of Peters’ main set.  The moment Bernadette Peters hit her last note, the crowd jumped to their feet as if they had been waiting to do that five minutes into the show.  The crowd remained standing until she returned and motioned for everyone to sit. Peters then shared with us her love for dogs and her charity Broadway Barks that she started with her friend, the late great, Mary Tyler Moore.  She was admonished to write a song for the charity. Peters had never written a song so she wasn’t sure what to do. On a late night flight, a song came to her. Bernadette closed her show with this touching song, “Kramer’s Song”, named after her dog at the time.  Following “Kramer’s Song”, the audience once again rose to their feet as Peters departed for good.

I’m really happy that I’ve had the opportunity to see Bernadette Peters both in the theater and in concert.  I was especially glad that I was able to see her in Orem Utah at The Noorda Performing Arts Center. There is such an appreciation for culture here in Utah.  It was awesome to see one of the greats appreciated for all she has done for acting and music.