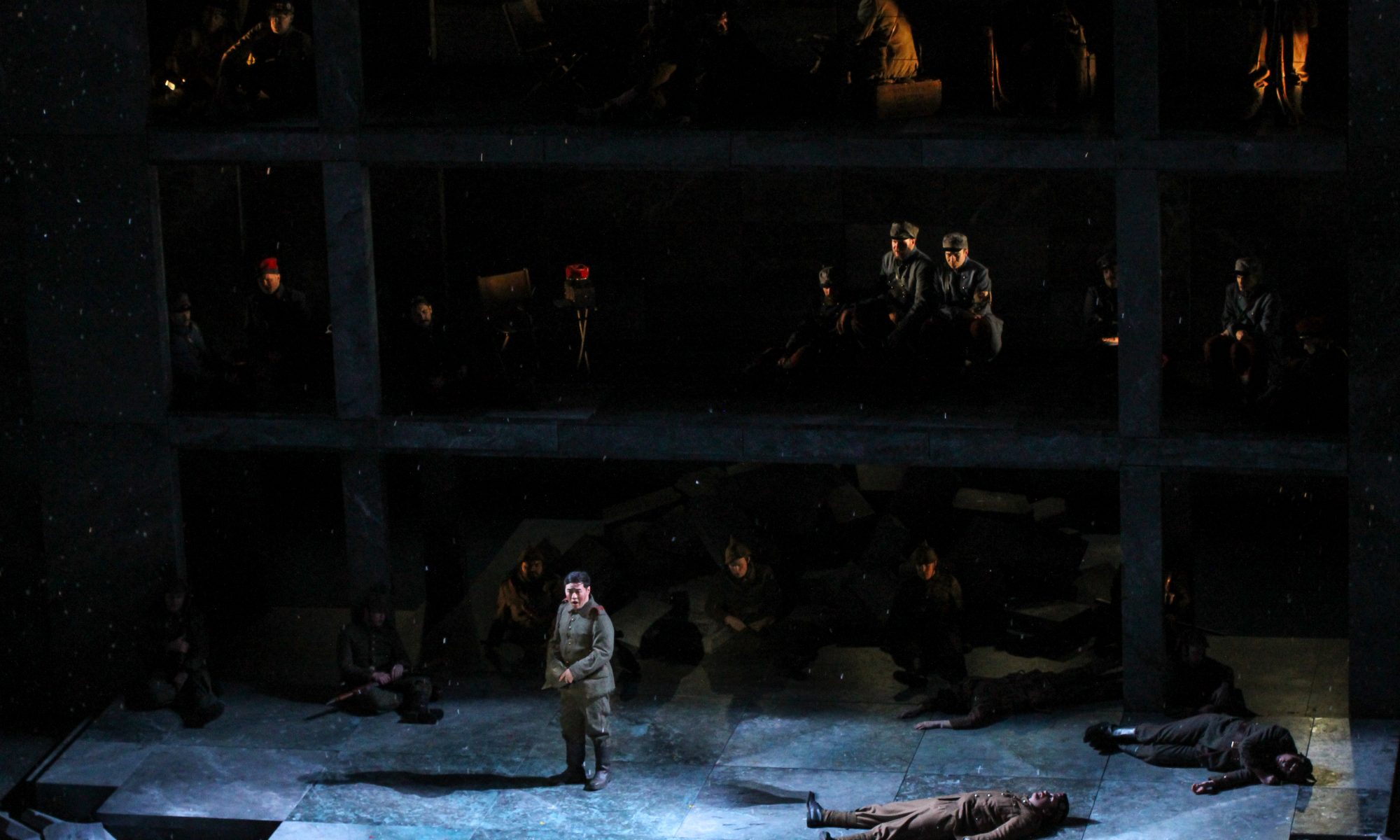 Witness rare and poignant moments of humanity during the world’s most brutal war in this stunning musical depiction of the legendary Christmas truce of 1914. “Silent Night,” one of the most performed American operas of our time, is based on the 2005 screenplay “Joyeux Noël”. Tomer Zvulun will direct the production, and Robert Tweten will conduct the cast, Utah Opera Chorus, and Utah Symphony. Utah Opera’s performances of “Silent Night” will take place in the newly renovated Janet Quinney Lawson Capitol Theatre on January 18 at 7:30 PM, January 20 and 22 at 7 PM, January 24 at 7:30 PM and January 26 at 2 PM. The production will be sung in English, German, French, Italian, and Latin with English supertitles. Tickets priced $14.50-$106 are available for purchase through utahopera.org or by calling (801) 533-6683. Students are eligible to receive a 50 percent discount off the standard ticket price for Monday and Wednesday performances.

Kevin Puts and Mark Campbell’s 2012 Pulitzer Prize for Music-winning opera “Silent Night” has its Utah debut during this production. The opera based on Christian Carion’s 2005 screenplay “Joyeux Noël,” tells the story of the 1914 Christmas truce between German, French and Scottish soldiers during World War I.

I had the opportunity to attend the Media Day for “Silent Night” last week. It was a pleasure to visit with a few of the principal performers in the Opera, Craig Irvin (Lt. Horstmayer), Gabriel Preisser (Lt. Gordon), and Efrain Solis (Lt. Audebert). Both Solis and Irvin have performed with Utah Opera before. This is Preisser’s Utah Opera Debut. In speaking with them it was clear to me how much the subject matter resonated with them. They all shared how impactful this story is in modern times.
I discussed with them their background in opera. I found it interesting that none of them were from what would be considered a mecca for Opera. Gabriel Preisser is from Florida, Efrain Solis is from Orange County California, and Craig Irvin is from Iowa. Regardless, opera found them and they all make a major contribution to this production. I enjoyed talking with them and discovering that they’re just normal guys. I don’t know what I was expecting. I guess when you think “Opera Singer”, you think of someone kind of stuffy, perhaps arrogant. But they were all down to earth guys and enjoyable to talk to.

Other than chatting with other media and members of the cast, the most enjoyable part of media day was walking around and seeing the props and the rehearsal space staging. I know this sounds odd, but I could feel the effort that has been put into “Silent Night”. I have a good feeling this production is going to be amazing. Just looking over the props and costumes, I could see that no detail went unaddressed. Coats were dirtied to show the rugged nature of a long war, rifles felt real, and even the satchels looked as if they were loaned them from the families of World War I veterans. The detail on all of it was incredible.

Next up was Thursday night’s dress rehearsal. The final dress rehearsal before tonight’s premiere. I showed up to the beautiful Capitol Theater which has recently overgone an extensive renovation. The thing I love about this renovation is there isn’t anything that has been done to take away from the legacy and charm of this historic theater.

I was escorted backstage to check out all that was going on below the surface. The electricity backstage was almost overwhelming. The excitement in the air, the hustling to get things done before “places”, and the camaraderie within the cast and crew was intoxicating. As I stood in the hall I would be talking to someone and all of a sudden a cast member in costume would zip by me. I enjoyed the hi paced nature of everything happening.

Despite all the hustle and bustle, there were was still time to say hello to people and get photos of the cast. Everyone that I could see was in good spirits while still very focused on preparing for the opening curtain. I enjoyed being in the hall hearing many of the soloists in their dressing rooms warming up their voice for this final dress rehearsal.

It was a privilege to step into the room where the ensemble was getting some last minute changes to blocking and dynamics to the music. They were then warmed up and the room was booming with the ensemble, most of who are from Utah.

As I made my way to the balcony to take some photos of the actual performance (many of which you’ll see in our review of “Silent Night”), I saw a door open where I could see the orchestra warming up. I peeked in and saw for the first time their view of the theater. I wish I could have taken a picture of it because it’s pretty amazing. But my time in that space was limited.

I got up to the balcony where I was able to watch the dress rehearsal and take some photos of the performance. As I mentioned, we’ll be reviewing this opera so I’m not going to give you too many thoughts on what I saw from the final dress rehearsal. Here’s what I will say. It’s visually stunning, both in staging, blocking, and costuming. The story is powerful and the music is moving. I strongly suggest attending “Silent Night”. While the story does take place around Christmas, this isn’t really a Christmas opera. In fact, it has been performed over the summer in other cities. If you’re not really into opera or have never been, this would be the one to attend. Kevin Puts and Mark Campbell have created a modern opera for the ages. Check it out!