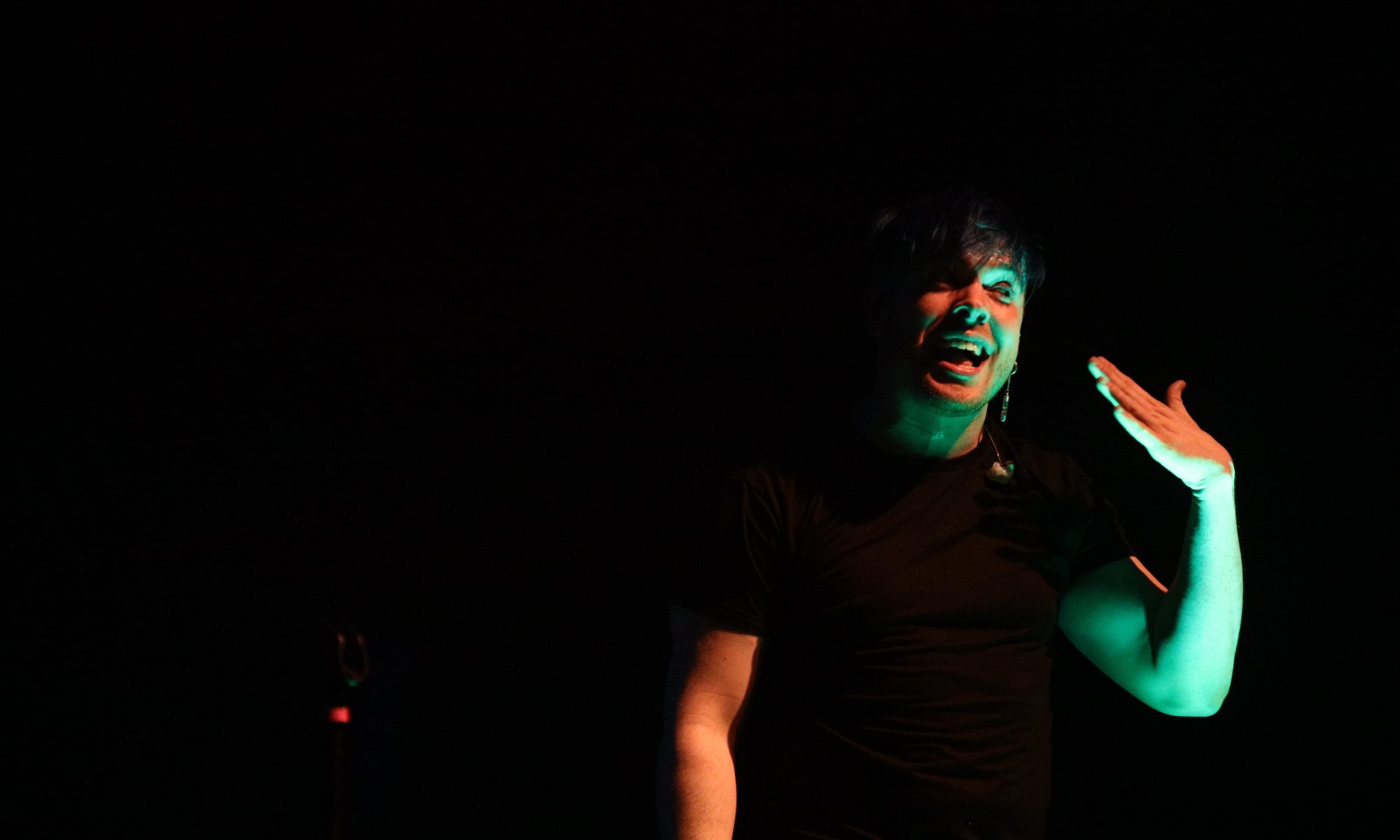 The year has begun; already schedules are filling up with appointments, deadlines, travel plans, etc. Which also means venue calendars should also be booked like a librarian. It seems to me there is an oscillating scale, on which the caliber of performances and tours swells and lulls; the feeling of impending spectacle is at an all-time high. The beginning of this decade is already buzzing with anticipation for the performances of our lifetime. Dare I say, defining? That could be ambitious, even for me; yet current events are painting a scene amongst which expressive communities have a cultural persuasion hinged on single events. I believe this year will begin a period, once again, of performances and festivals becoming messages and beacons of change to come. That being said, what a better first show than Sleeping With Sirens, Kellin Quinn in Salt Lake.

Set It Off sprung upon the scene with force; a hunger for making music and touring. Since 2010, this band is the heart and soul of Pop-Punk, one of my favorite guilty pleasures. Punk Goes Christmas is still on repeat every holiday season. But this performance was anything but “merry.” Melodic and an absolute blast is just brushing the heights to which Cody and Zach DeWall bring a performance. I am always worried when the band loses any essential member. Seeing them live was an unexpected treat and a blast from the Pop Goes Punk past; a performance which sounded and felt like every moment of angst from the 2010s.

I will try to keep this review from strolling down memory lane too much as I revel in the glory that was a genre, many tried to write off as a fad when these artists etched their names in the history of rock and punk music. But freaking Kellin Quinn is in the house so, no promises.

I am more a fan of jumping into a show and discovering any talent, new for me and talking with their fans. It is also more a surprise when any group is so jovial and just downright genuine. Belmont was the gem of the night. Of course, simply touring with SWS is indicative of being completely badass, but Taz Johnson leading this head dropping and harmonious quintet through songs I instantly had the need to binge just so I could sing along. He screamed at Salt Lake to punch arms up into the sky, as a cyclone of passionate Belmont fans and fans alike eddied about the partition. Brian is a slight obsession for me now. His time flow and persistent downbeat drumming style was nothing short of memorable. I feel bad for Chicago because these guys were a five-alarm fire; I can only imagine touring being a necessity for this group as they probably burn down every venue they perform. Yet making friends all the way; pouring sweat, they came directly from the stage to the crowd, greeting, posing and chatting with every smiling face beaming at them. Nothing more encouraging in my opinion than seeing a band almost across the entire country to be welcomed by a small army of punkers clad in tour appropriate attire.

For every Post and Pop-Punk, and SWS fan that has ever tried and wished to sing along with Kellin Quinn, I was there Wednesday night, shouting and straining the upper register of my vocal cords with you, and it was glorious. I want to talk about Salt Lake City really quickly. This city has some of the most passionate fans out there; when any group hits the stage, it can be seen in their face when an entire venue floor is not just singing, but screaming along with them. This look appeared as adoring incredulity as it washed over Kellin’s face. Salt Lake for some reason has been one of the kick-off cities for many Punk and Hardcore tours in North America. We get to see it before most and hopefully spin the vibe for a great tour. I was more than worried for SWS, Quinn and the community as a whole as 2019 came to a close.

One of the most iconic and beautiful voices/ talents were put through the wringer and I am more than elated to see SWS pulling through. Jack Fowler is a hell of a producer; so happy to have heard it live, I hope he joins a tour soon.

The Depot was all smiles, dare I say “jovial discontent.” Hell of a lineup, please bring it on, the Northwest needs more tours like this…looking at you guys, Belmont. And I simply need more SWS; even if you happen to be an individual that uses the word “Screamo” to describe music you can’t understand, or have worn any shirt displaying a British flag and a likeness of one certain actress; let my buddy, Mr. Quinn sing you a tune if you can’t hang…..