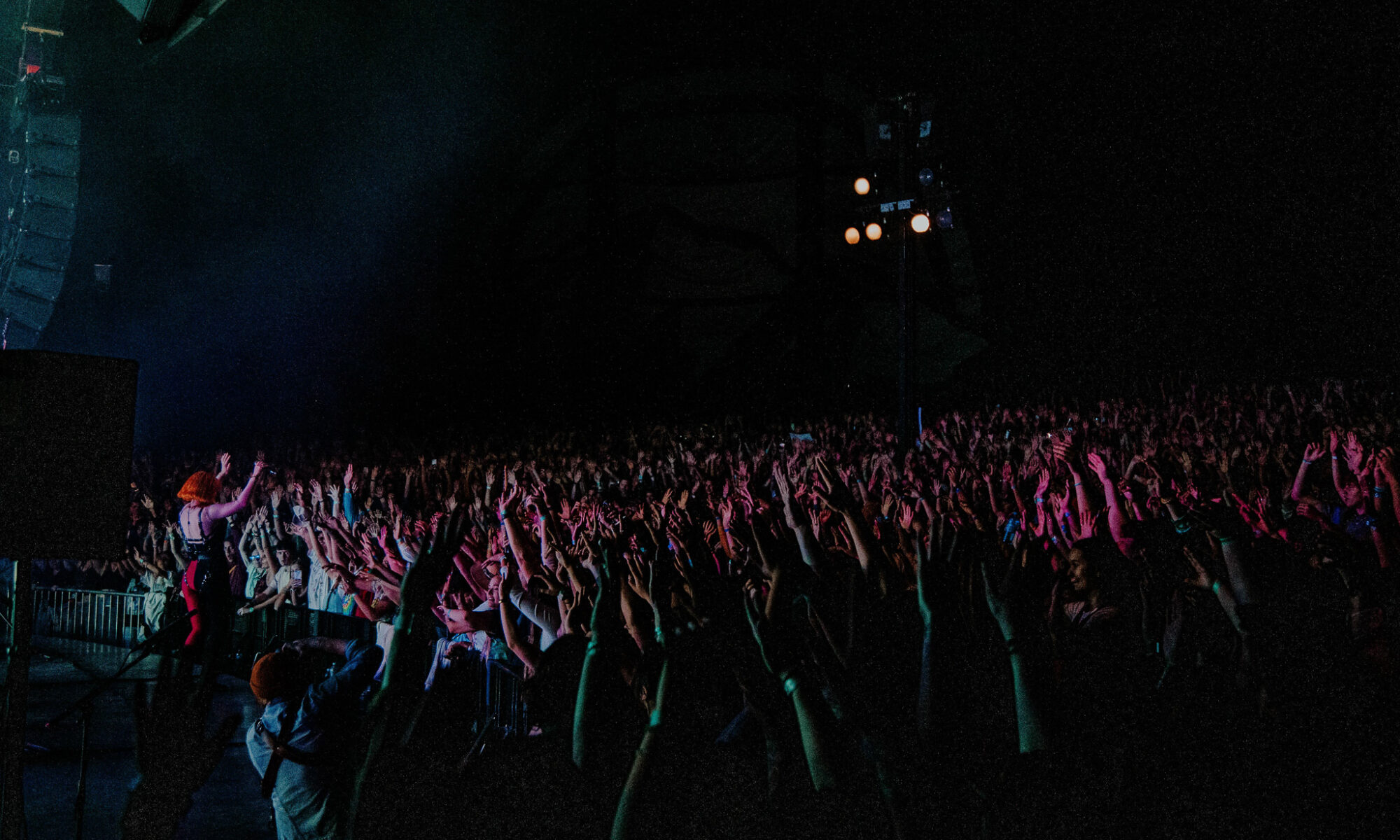 The last Ogden Twilight of the season. It truly felt like summer had slipped away so quickly. As I walked down Main Street the only question on my mind was, how were we going to end tonight with a bang?

We welcomed to the stage local Salt Lake band, Dad Bod. I hadn’t listened to them previously. I decided to not make the mistake of being part of the crowd and not knowing what to expect. On my way up to Ogden, I dived into tonight’s lineup. I found myself very intrigued with the indie sound of the band. I became even more intrigued to see how they would perform live and what the energy would be like. It had matched exactly to what their music was like.

The band had a good energy to them, and it seemed to flow out into the crowd. Just making everyone happy to be there for a memorable night. There was an all-around humble vibe to the band that was a good kick off to the night. While at the beginning not a ton of fans were out in the crowd. But at the end of their set, they had gained many more that night and the crowd were crazy for them. To show their appreciation for everyone listening and giving a chance on them they tossed out free merch into the crowd in between intermission.

When I was listening to Brother. on the second half of my drive, I had instantly fallen in love. Brother. makes me think of bands such as Turnover and Foster the People. A band with an ever-growing discography of songs. Songs that fit the type of playlist for late night drive vibes, a summer playlist, and even a movie moment type of playlist. Brother. fits into the indie category and it’s the indie music that just is hard not to dance to. That was the exact reaction from the crowd that night. Groups of friends were dancing and singing along, and couples were swaying along. It was a beautiful site to see.

Brother. was excited, but also sad to see the tour end with Grouplove. What made them excited the most was hearing that Grouplove was determined to end the tour in Salt Lake City. They knew we were going to make it a special one. It was a crazy thing for the band to be playing such large venues with Grouplove and the amphitheater was a perfect setting for them. However, part of me is hoping for them to play someplace smaller like The Depot or even something like Kilby Court. Just to see and experience the large crowd turnout and how crazy it all can get to make a memorable show.

As we got ready to close off the night with Grouplove, a raffle was held for some specially signed items from the band themselves. It was an amazing gift back to the crowd.

The crowd was buzzing with excitement. Everyone was discussing amongst themselves topics like what songs were Grouplove going to play? There were plenty of guesses but there were also many songs that not very many people expected. It was another crazy show where I crouched on the other side of the barricade and was shocked with just how much the ground shook. I shouldn’t have been surprised. It wasn’t my first sold out show at Ogden Twilight. But in the moment it never fails to be so crazy.

Grouplove went on to admit that they felt like that night’s crowd was the biggest crowd they’ve had in years. It made their hearts completely full. With it being the last stop on the tour they were a little exhausted. Especially being off the road for a year. They had the intention to just give their best. However, once they set foot on stage, they felt the crowd’s energy and fueled it to be at max capacity. It was the truth because they had an energy to them that needs to be witnessed by everyone. If you didn’t think it was a sign, it is now to add Grouplove to your list of bands to see live! They played a good variety of songs with songs from each EP and album release. It was probably one of the best curated setlists I’ve ever seen.

Ogden Twilight wanted to go out with a bang and they certainly did. It was an unforgettable night and summer. Especially with eight out of ten shows selling out! As we ended a crazy summer concert season, Grouplove reminded us of something that was a reminder very much needed. The band’s ultimate goal is to spread and share love, especially at their shows. That as we left the night to never forget that one main message, and in fact it was the main reason why they formed together as a band, they wanted to create music and remind people to bring a little bit of love and light. Especially when you never know who may need it. Utah holds a special place in Grouplove’s heart after an unforgettable night.