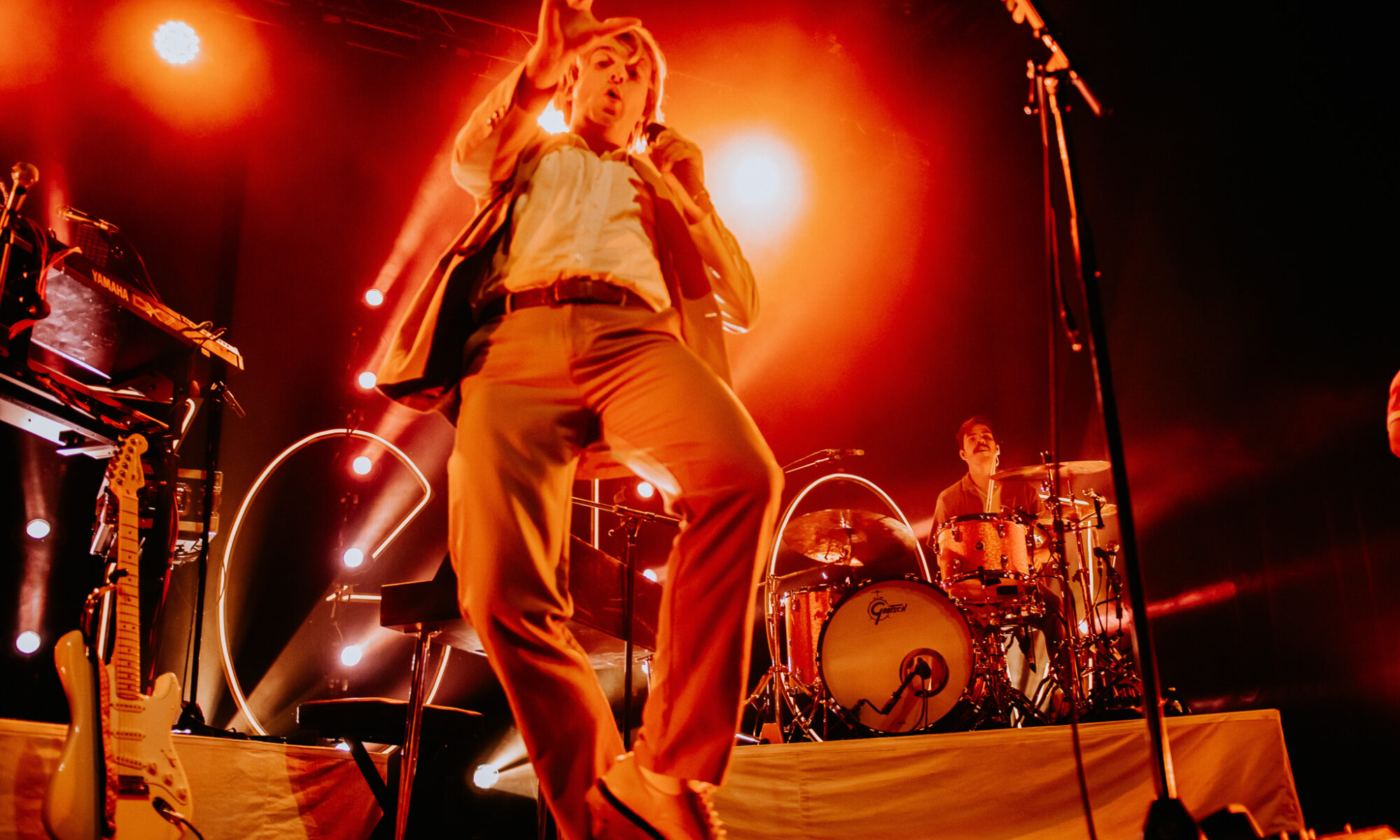 First off, it was a sold-out show at The Depot, one of my favorite venues. So you automatically know that means it’s gonna be a great night! As I arrived the line was wrapped all the way around the corner towards the back of The Gateway. I headed inside and the venue was already super packed! The merch lines were the longest I’ve seen them in a while. That concert night buzz was in the air.

At 8:00 p.m. the opening act came on and were welcomed by kind cheers. Hovvdy,  pronounced howdy, were the openers and started the night off right. The duo is from Austin,  Texas, and have a very intimate, indie rock feel to them. Vocalists Will Taylor and Charlie Martin took turns playing the drums and would switch vocals throughout the night. I always think it’s cool when artists do that. It adds a little twist to the fans. They won over the crowd and during one of their songs, every flashlight was in the air. It really set the mood. They were selling their merch afterward and were super nice! I’m excited to see what else they have in store.

The clock struck 9:00 p.m. and band members took the stage. Norie on keys, Brady Knippa on drums, Peyton Harrington on bass, and Colin Crawford on guitar. At this point, the crowd was cheering but when lead singer, Sloan Struble ran out on stage everyone was screaming! Now one thing I have to say about the entire Dayglow band is they all looked amazing. They have a great sense of style! They seriously all looked so well and fit perfectly together on stage.

Speaking of on stage, I feel like Sloan’s stage presence has been perfected because he absolutely owns it! He knows what he’s doing up there as he dances his heart out, with a smile on his face the whole time!

Dayglow is so much fun to watch! I had never seen them live but they’re on my list of favorite artists. I was very excited to see them in person and the show did not disappoint! The energy that the whole band had was transmitted to the fans, then reciprocated back because it was wild! There was this strong force in the venue that was filled with so much excitement and pure pleasure.

They kicked off the night with “Something” and then straight into “Medicine”. During the second song, Sloan grabbed a fan’s cell phone from the crowd and recorded himself while performing on stage. Little quirks like that really add to a show and an overall experience. It’s fun and shows the audience you see them, you hear them, and are grateful. He did that again later on in the night. The look on these fans’ faces was priceless. You could just see so much happiness! And that’s something we all need.

Musicians and artists are superheroes at concerts. They bring hundreds and thousands of people together to just fill a room with so much serotonin. It’s incredible, and I’m so thankful live concerts are back. Dayglow was just another example of a great brand doing great things and throwing an amazing show that will leave their fans smiling and talking about forever! It was one of my favorite shows I’ve been to this year!

It was clear to see why this show was sold out. It was well deserved. The roars and cheers from the crowd touched the band. You could see them at certain points in the night by the smiles on their faces. It’s amazing to witness. I can’t wait until they come back!