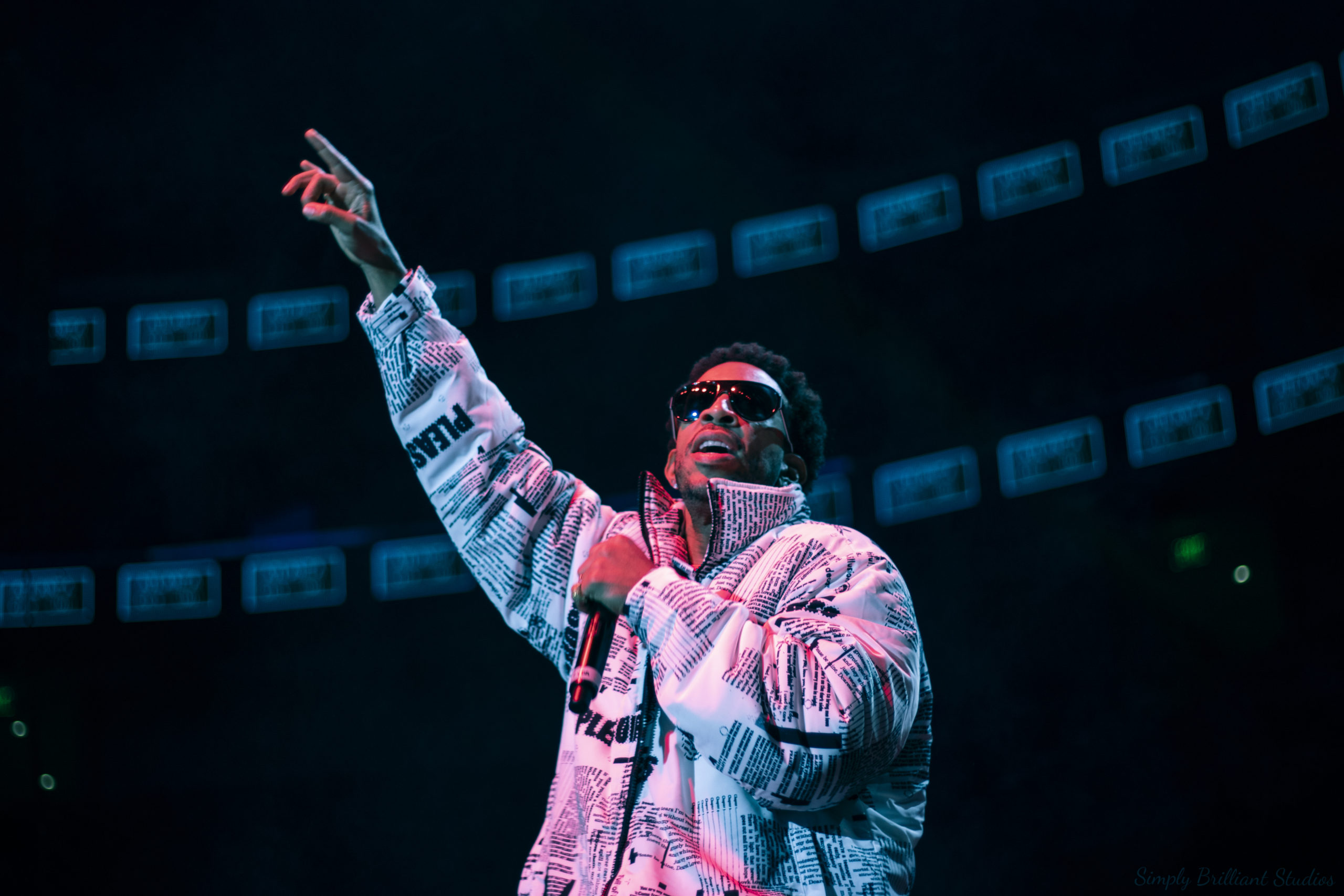 Saturday was Leap day and many people came together at the Vivint Smart Home Arena to, in a way “Leap” back into the past for U92’s Hip-Hop Legends concert featuring E-40, DJ Quik, Xzibit, Fat Joe, Ja Rule, and Ludacris. While I might be a little too young to know all the songs of those artists. I was familiar with most of them and was excited to see some artists that have been huge in Hip Hop! I was surprised to see how many people showed up for this awesome collaboration of talent. As I looked around the room I noticed that there were people of all ages. The arena filled up quickly.

The first rapper of the night was Bay Area legend E-40. The old cat came out and rocked an awesome set that really showed what Hip-Hop is all about. He performed many of his classics including “Chase the Money”, and “Tell Me When to Go”. One thing I noticed right away was that unlike more modern rap artists, E actually rapped every single bar in the song. Many concerts I’ve been to have had a background track playing to kind of bail out the artist if they mess up. But not E-40, it was just the beat and him. He rapped every bar to every song with his unique and iconic voice and it was a fantastic performance!

DJ Quik was the first DJ I have ever seen to rap along to his songs and still sound good! Although he isn’t the rapper in many of the many classic songs he’s produced over the years he still sounded good. I didn’t realize that he also was a fantastic rapper. With a style that somewhat reminded me of Outcast or A Tribe Named Quest, he put on a really entertaining performance. He told stories of being in the studio with OGs the likes of Tupac and NWA; all the way to more current songs he helped produce for artists including YG and the late great Nipsey Hussle.

Xzibit Took the stage next. One of the greatest “Thug Rap” artists of all time he had not lost any of the same energy he had when he was younger. When I think of the style of rap about being tough and powerful Xzibit is one of the people that come to mind as one of the icons who helped create the style. I couldn’t help bounce my head and really appreciate the really cool flow he had to his rapping. One cool moment was when he got the whole crowd chanting along to the beat and yelled “Kobe Bryant.” An image of the NBA G.O.A.T. showed up on the screen and it was a really powerful moment where you could feel everyone unite to honor Bryant and his daughter Gigi.

Before a brief intermission, Fat Joe would perform. Most people had been sitting and enjoying the show from their seats up to this point, but with party songs such as “All The Way Up”, and “Lean Back”, it was hard to stay sitting down.  Everyone popped up and were dancing around the whole set. Fat Joe also paid tribute to a few celebrities who have passed recently including Kobe, Nipsey Hussle, and Juice Wrld.

After a quick 30-minute intermission, Ja Rule was set to perform and all I can say is wow! Maybe it was just because it was his birthday, but Ja Rule looked like he was having the performance of his life! The R&B singer/rapper absolutely crushed his set. The energy that was in that room was indescribable! He sang and ran around the stage like he was 25 and performed a large array of his classic songs. Fat Joe came back out for a collaboration and lead the audience in wishing Ja a happy birthday. (Fun fact; as a leap day baby it was technically Ja Rules only 11th birthday.)

I had overheard a couple people mention that Ludacris was really sick with the flu and was concerned it would affect his performance or affect him even showing up at all; but if he even was sick, it was impossible to tell! Luda came out spitting bars! Wearing his iconic sunglasses Luda started with a few of his older songs. He mentioned that it’s been forever since his last trip to Utah and how this time was extra special because this was his first live performance in like 10 months because he had been filming the new Fast and Furious movie. He then transitioned into “Act A Fool” from the movie 2 Fast 2 Furious. He then began performing some of his more popular songs such as “My Chick Bad”, “How Low”, and “Money Maker”. Everyone who has ever been to club or party knows these songs by heart and the whole arena was turning up!

It was such a fun set the entire time! Ludacris thanked the crowd for being one of the most energetic crowds he has performed for in years and how he didn’t realize that Utah went this hard!