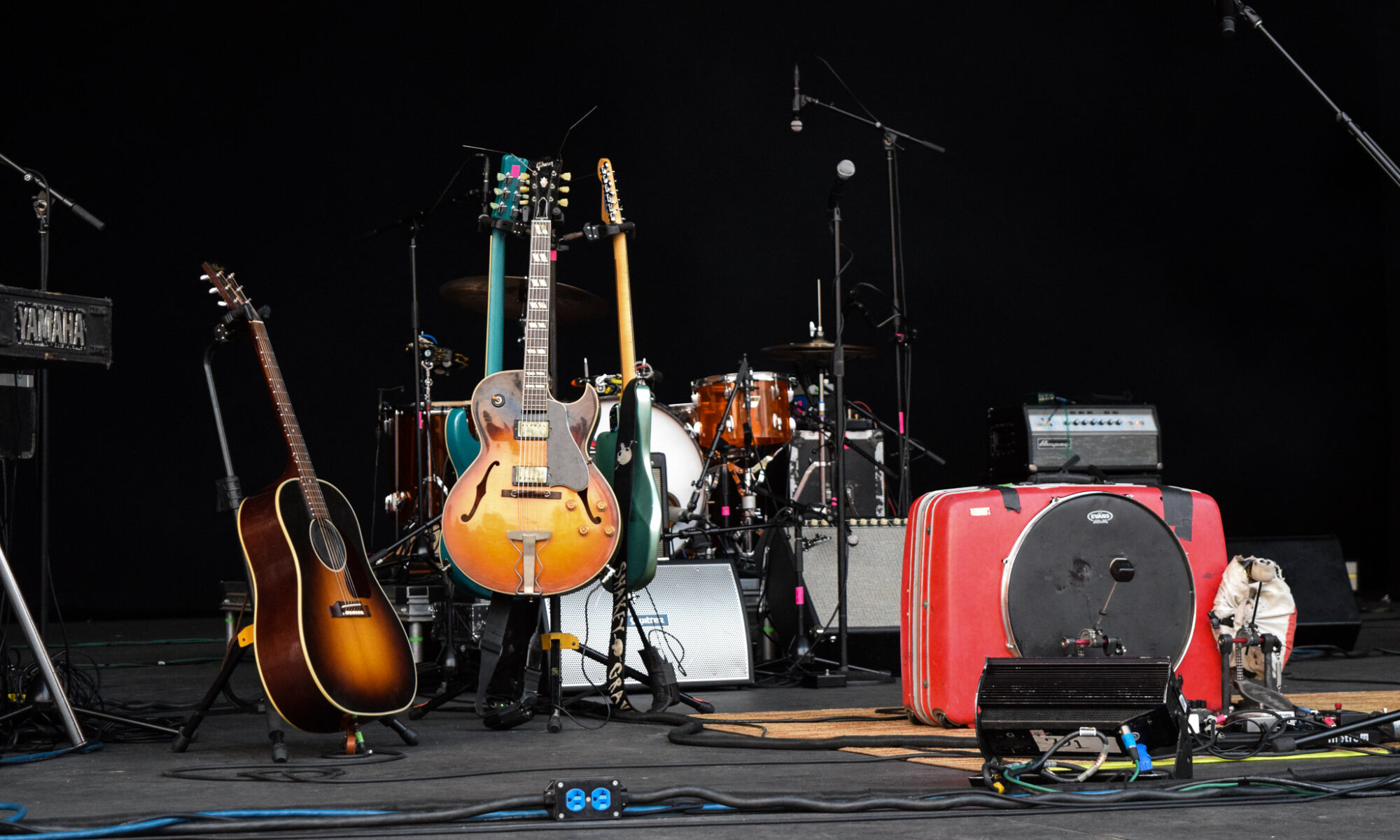 Depending on which song you’re listening to, you could call it country with a bluesy, folksy twist. You could call it alt-rock with a country cadence. Gothic bluegrass? Americana? It doesn’t matter. Shakey Graves isn’t bound by, or dependent on, genre. Like a true artist, he pulls technique from anywhere that suits him. The result is unique, catchy, and refreshing.

His songs have a timeless quality. I’m certain that Alejandro Rose-Garcia would’ve created his art no matter where or when he was born, drawing inspiration from whatever his environment happened to be. I’m also certain that a hundred years from now, people will play “an old Shakey Graves tune” from time to time. I love when he performs solo, and I’m glad he started out the concert that way.

Shakey began the night alone on the stage with his modified-suitcase drum, tricked out with foot pedals to slam the drumhead and tambourine. Much of his music tastes like a Flannery O’Connor novel (high praise). Songs often revolve around idiosyncratic, even grotesque, characters and deal with dark subject matter but somehow manage to do it in a lighthearted, even humorous way.

Part of Shakey’s charm is his personality. He plays with the audience and shares anecdotes about the inspiration for his songs. In the middle of “Word of Mouth,” after the lyrics, “You better buy a gun,” he pantomimed an elaborate gunfight with missiles and bombs that took place somewhere over the audience. He made a medley out of “If Not for You” and “Where Is My Mind?” A beach ball bounced around the audience, making its way to the stage for Shakey to kick and headbutt back out. The ball occasionally rolled across the stage like a tumbleweed the rest of the night.

He played alone in a continuous, unending stream until his band came out for “Dearly Departed,” to which much of the audience sang along. “A lot of stuff happened in life since last we talked,” Shakey said, acknowledging the horror of the past couple years, “I dedicate this to all your creepy friends and extended family: your people, your groups, and the ones we lost.” He and the band launched into “Family and Genus.” I’d be lying if I said I didn’t get a little dewy-eyed.

His most recent EP, Look Alive, is slower and more meditative than much of his previous work. “The Recipe” was born when he was wandering around Charleston, South Carolina after a show. He heard virtuosic violin playing with some scratchy noise layered over it. He followed the sound to find a man busking, gorgeously playing the violin and sing-shouting over it heavy-metal style the chorus from Twisted Sister’s “We’re Not Gonna Take It.”

The band played “Counting Sheep” and “Mansion Door” from Can’t Wake Up, a dreamy, soporific album full of yearning. Being outdoors, it was almost too perfect to look at the starry night above us while he sang about lonely stars. A quasi mosh pit formed when the band played “The Perfect Parts.” When they left the stage, the crowd stomped and chanted, “Shak-ey! Shak-ey! Shak-ey!”

I was delighted that he played “Late July” (my favorite murder ballad) as the first encore. His band joined him for an epic cover of Bowie’s “Starman” before leaving us. Shakey never disappoints.

City in a Bottle

If Not for You mingled with Where Is My Mind?