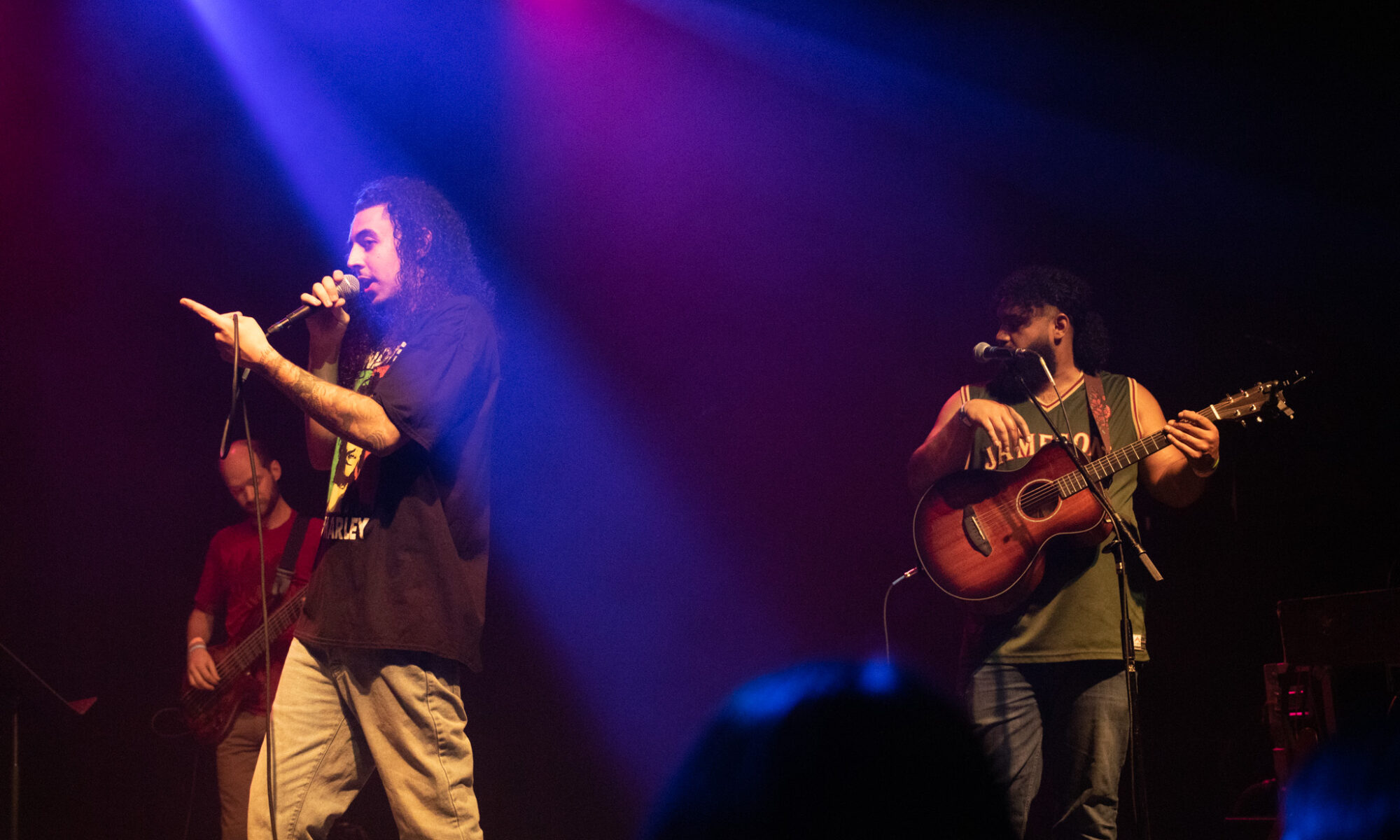 Native Leaves started with two guys who both had a love for music and once they met,  realized they were making something magical that needed to be shared with the world. The band consists of, main vocalist and lead singer, Logan Kartchner also known as “Lowg”, and Adam Ashby, who is the guitarist and mixing engineer. Together they created Native Leaves and have been bringing a refreshing hip hop/reggae mix vibe to Salt Lake City.

On this night, that’s exactly what they did. The way the band and crowd connect is something so pure and wonderful to see. You could see the love and energy being reciprocated from each other as they played on stage. The crowd danced to the flow of the music. The support Native Leaves has is amazing and is sure to get them far in the music industry. They’ve already done amazing things and have caught the eyes of many! And it’s easy to see why. They have a great stage performance that is very laid back but very comforting at the same time.  A Native Leaves show feels like you’re watching your friends on stage having a good time in the best way. They interact with the crowd and are humble about the opportunities they’ve been given.

I thought it was funny when I was asked to cover the show by UCR. I  actually happen to know Native Leave’s Adam Ashby personally. Only because he is my boyfriend, Hayden Finn’s direct cousin! I remember seeing Adam at a family Thanksgiving dinner. He was showing us some new music plus his recording space in his room and talking about all the big things that were coming up for the band. Fast forward and here they are playing a headline show at The Depot! And I’m covering them! An amazing venue where myself and many others have seen their favorite artists perform! It truly was a big deal and I’m extremely proud of them.  I had no doubts because even back then I could see the motivation and dedication he had to make his music go big. They’re on the right track.

It was awesome to see so much of his family and my bf’s family at the show, displaying their love and support for their son and his band. Behind anyone successful, there is always a group of people who believe in the vision someone has.

Native Leaves has a strong support system in the 801 and will be headed to do even bigger and better things! Make sure to catch their next show because their blend of hip hop and reggae is such a vibe and you won’t be disappointed!

To listen to Native Leaves or follow them on social media go to nativeleavesmusic.com