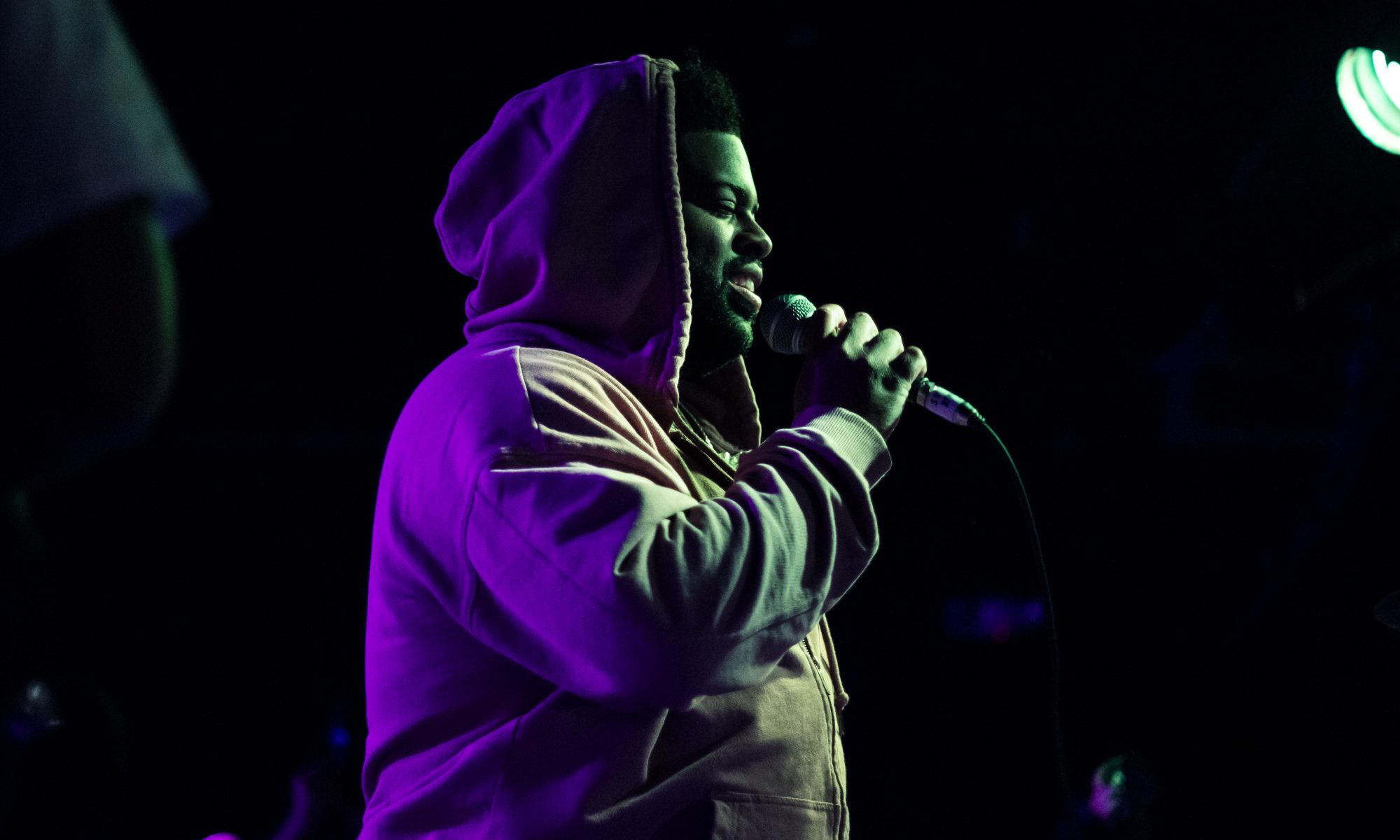 Good vibes, passionate lyrics, and soulful music were the themes at the Greek Station (formerly known as In The Venue) for the Pink Sweat$ concert. I arrived at 7 when the doors were originally supposed to open, the line stretched out down the block. I had known of Pink for a while but didn’t realize he had this big of a fan base. Although it was cold outside, spirits were high.

The show was delayed about an hour, we weren’t really informed as to why. So I spoke to some of the other photographers as we waited outside about Pink Sweat$ unique and powerful voice. One fan told me about how his girlfriend showed him some of Pinks songs on their first date and ever since then he had been a huge fan. Once doors were finally opened up fans filed up the staircase and quickly began filling into the main ballroom in front of the stage. Within a matter of minutes, the Greek Station was buzzing with energy and people eager to hear some music. We didn’t have to wait long as the opener P.J. soon came out on stage.

Her performance was short but good. One of the speakers at the venue was blown so that was sort of annoying but she sounded good regardless. She had everyone pull out lights on their phones and everyone was swinging and swaying to the music. There were also some issues with the lighting at the beginning of her set, she was dark and barely lit for the first half, but she professionally carried on the show and acted as if everything was normal. The crowd loved her and her pure voice.

When Pink Sweat$ came out in his classic pink sweatsuit I was deafened by the screams of fans. The room erupted. It was almost as if no-one cared that there had been a few issues with the venue. The first few of his songs were more along Reggae lines than R&B. He then transitioned to some of his more well known songs such as “Cocaine.” When he did his passionate love song “Body Ain’t Me” it was as if all the couples and lovers in the room got even closer. His soulful voice rang through the venue and you could really feel the emotion in his songs and lyrics. This was Pinks first time in Utah and he expressed that he would for sure be back soon!

Towards the end of the set Pink started having some fun with the audience even bringing a couple of fans on stage to sing and dance. He serenaded then inserting their names into his songs. He then had the audience help sing parts to his song “Honesty” which he then closed with along with an impressive solo from his drummer. The passion flowed through the room and I think everyone felt a little healed inside from the beautiful music.

Overall I think that because of the passion and the great music from both Pink Sweat$ and P.J. everyone in attendance that night loved the show. It was a true testament to the power of R&B and the positive and loving emotions that it represents. Pink Sweat$ star shown bright and his performance really allowed everyone to overlook the sound, security and lighting issues that the venue experienced because it was really just that pure and good.