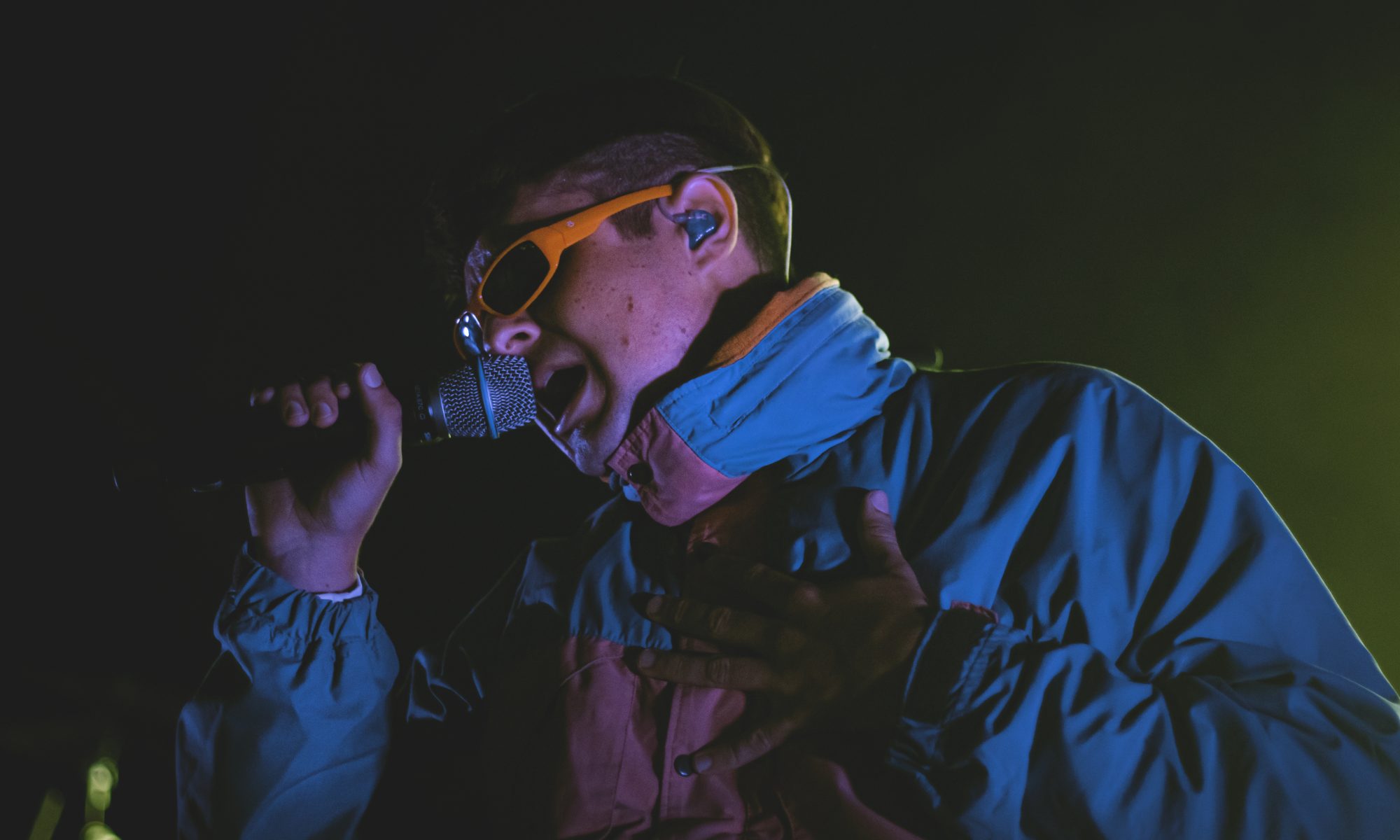 Out of all the strange things made popular or famous by the internet, I don’t think anything can even come to close to being as awesome as Oliver Tree. The internet meme turned successful Anti-Pop artist sold out The Depot to a crowd of fans ranging from old ladies to little kids wearing his infamous scooter shirts.

Artist NVDES opened the show rocking out to music he called “Laptop Punk” it was a mix of EDM and screamo/punk rock, it was a weird combination but when he sang his lyrics out over the crazy beats it kind of worked and it was pretty gnarly! The whole crowd was jamming out and it got everyone ready for the rocking night we were about to experience.

Next on stage was Tommy Cash. An artist with a similar approach to music as Oliver Tree with a persona of a Slovenian rockstar with an awful mustache and just weird style but who made really good music. After performing his first song on a hoverboard decked out to look like a wooden chariot type contraption, he continued his set backed by some, well let’s say not safe for work visuals that were probably the strangest visuals I had ever seen. Although it was extremely odd I think it was the most unique performance I had ever witnessed, he got the crowd just absolutely stoked for Oliver!

After a short video intro announcing the arrival of Oliver Tree for “His Final Tour Ever” (No one’s sure if it really is or it’s just a meme) doctors with masks wheeled out Oliver in his wheelchair. The last time I had seen Oliver he came out on his infamous scooter, so I thought that this was just going to be for a song or two but as it turns out he actually broke his foot filming a music video, he apologized that he wouldn’t be able to do his iconic dance moves but that we would still have an awesome show! He did not disappoint doing about as much as can be done in a wheelchair while singing even popping some wheelies throughout the set and drifting around the stage.

It was a mix of some of his more popular classics and some newer stuff off his recent EP. The third song of the set was his monster smash “Alien Boy”. I was in the photo pit at the time and could feel the entire stadium chanting the lyrics, the set was high energy the whole night, oftentimes having mosh pits or Oliver telling everyone to get out their “Rocker Hands”. My group of friends were all jamming the whole time, with some of my favorite songs probably being “Hurt” “All That” and “Enemy”.

When Oliver Tree closed the set with his hit “When I’m Down” I felt very satisfied other than the fact that he didn’t perform his song “Introspective” which is my friend Garrett’s favorite song who also was in attendance but then after a long encore chant Oliver came out in red blow up jumpsuit and even stood up on his bum foot with the help of his crew and performed it! It was the perfect ending to just a rad and rocking show!