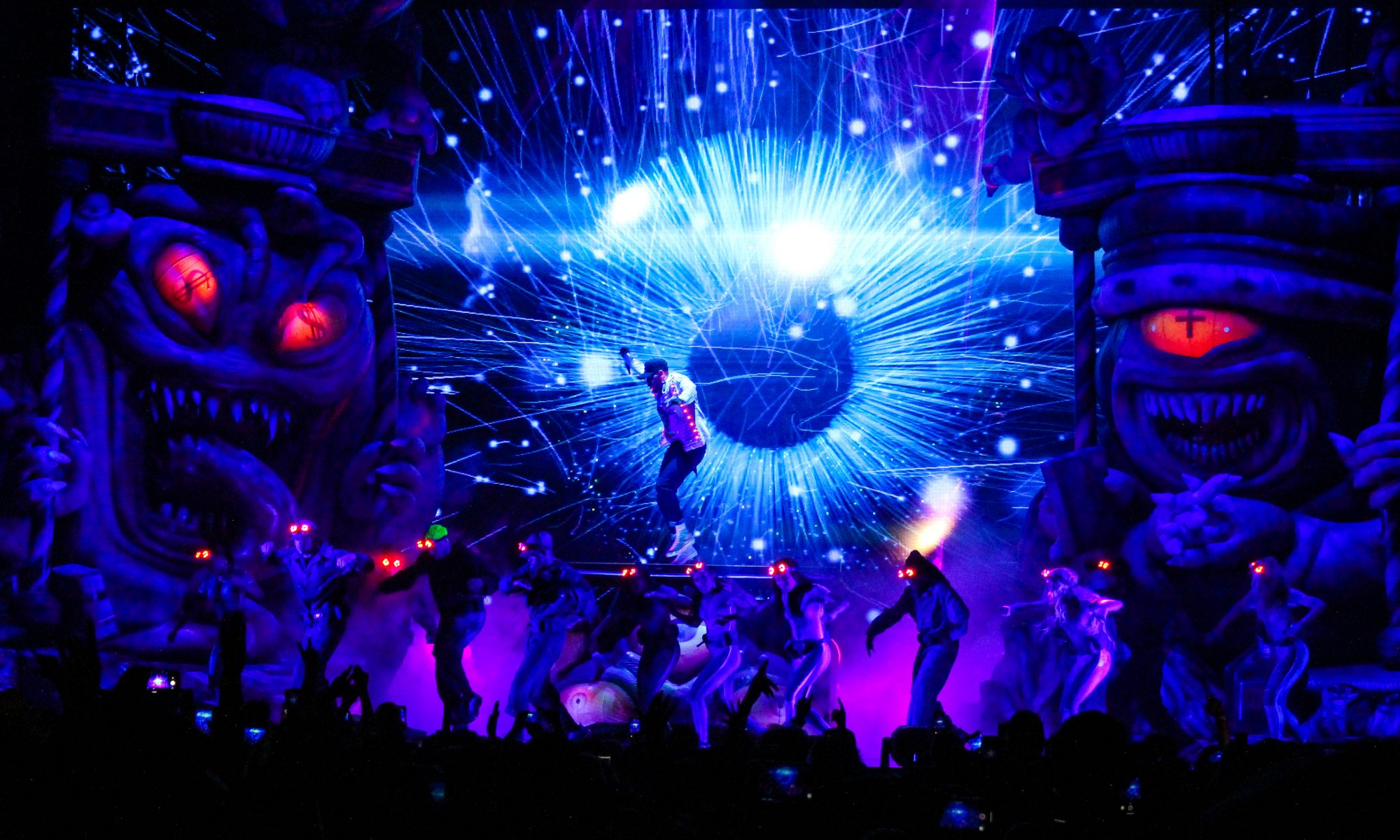 Being my first show at the Vivint arena, I was giddy with excitement walking in to see one of the most iconic artists of my generation. Not only would we get to see the excellence of C-Beezy but the night featured a jam-packed lineup featuring Yella Beezy, Joyner Lucas, Ty Dolla $ign, and Tory Lanez; all of whom I was a fan of previously. Fans started to fill the seats when rapper Yella Beezy came out to get the crowd warmed up.

After Yella’s set, the audience was starting to look like what I expected a Chris Brown show to look like. Then came out lyricist Joyner Lucas. The rapper came out rapping with some extremely impressive technical skill. After a couple of songs, Joyner hopped off the stage and ran in the crowd and got everyone up on their feet. Without missing a bar he crushed his set and got everyone hyped for the remaining artists.

Then the big artists really came out. I had seen Ty Dolla $ign a year ago at G-Eazy’s Endless Summer tour, so I was stoked to see him again. When he came out the crowd absolutely roared, I don’t think I’ve seen such a big reaction to an artist that wasn’t the headliner. Dolla opened with his smash hit “Or Nah” and continued singing beautifully hit after hit. His amazing range and silky voice rang through the arena and had everyone singing along to songs such as “Saved,” “Pineapple,” and “Psycho;” just to name a few. When he closed with “Blase” the crowd turned up. Before had been sort of chill vibes but “Blase” was crazy and got everyone in the mood to absolutely party the rest of the night.

Tory Lanez came out after Ty, with an absolutely insane amount of energy. Running across the stage and turning up on every single song you could really tell that he loved his job and was stoked to be there. Tory is a well known R&B star and got everyone dancing to some of his hits like “Litty”, “KIKA”, and “Forever”, he then slowed it down saying “Ladies and Gentlemen, can I sing for you.” The high energy he brought had everyone buzzing for Chris Brown and you could just sense the anticipation.

In between Tory and Brown’s set, a curtain came down to hide the stage so we knew that something cool was about to happen. When the lights finally dimmed, the crowd absolutely lost it! C-Breezy stood on an elevated platform wearing a Michael Jackson-esque outfit with neon lights. The set featured two giant Tiki statues. Dancers emerged from hidden chambers in the statues with neon headlamps. It was an absolute spectacle. The first 5 or so songs were all off his new album Indigo and it was absolutely killer. He then went to his slow jam “Liquor”. The starting songs embodied the whole R&B spirit that Chris sort of represents.

While his voice is amazing, what impressed me the most was how brilliant of a performance it was. As he continued his set, everything was just so amazingly done. The costumes were on point, the visuals and lighting always matched the tone of the songs perfectly, the special effects just as the square of lasers dancing around Chris were unreal, and everyone was loving it. And don’t even get me started on the dancing.

It’s no secret that Chris Brown is one of (if not the) best dancers in the music industry. But seeing it live was a whole new level of just pure amazement. The whole entire night, the choreography was spot on with just some extremely cool dance moves. Breezy would glide across the stage so smooth on his slower, love type songs, and break out some fierce and explosive moves on his more hip hop type songs. The background dancers were amazing as well. Everything was so in sync. The first half of the show I only knew a few of the songs but it didn’t matter because it wasn’t just a song, it was an entire performance.

When one of his newer top hits “Don’t Check on Me” came on the audience knew that the show was just getting started. As everyone sang along with Brown, the whole arena felt connected, the energy shifted even higher than before and when the curtain dropped for an intermission the room was buzzing even during the intermission.  It was a madhouse! As the music played over the speakers people were all over in the stands twerking and dancing like it was a house party or night at the club. The lights then dimmed again and the second half of the show was about to begin.

This time instead of the Tiki statues, the stage featured giant inflatable metallic aliens. Chris was in a sparkling metallic jacket. While the first half of the show featured mainly of his newer music and seemed more focused on the spectacle and performance aspect of the show, the second half was more fun because he started getting to more of his faster and more high energy songs.

A car driving what was labeled Memory Lane appeared on the screen behind Chris and he began singing some of his more old school songs. The crowd lost it, I’m pretty sure I lost hearing in my left ear. It really just reminded me how much of an icon that Breezy really is. So many hits that took me back to listening to music on the bus home from middle school on my little MP3 player. Usually, when artists do throwbacks they have only a couple but because Chris Brown has been a staple in the industry for so long his music library is huge! Songs like, “With You”, “Run It”, “Loyal”, “Kiss Kiss”, and so many others, everyone knew every word.

After over 90 minutes of constant bangers, the show sadly came to an end. All I can say is what a show! The choreography and dancing were not only at the highest level but matched the music perfectly. What I witnessed wasn’t just a concert. No, I go to a lot of concerts. This was a performance by one of the best in the business that created an entire experience. C-Breezy, you’re incredible.