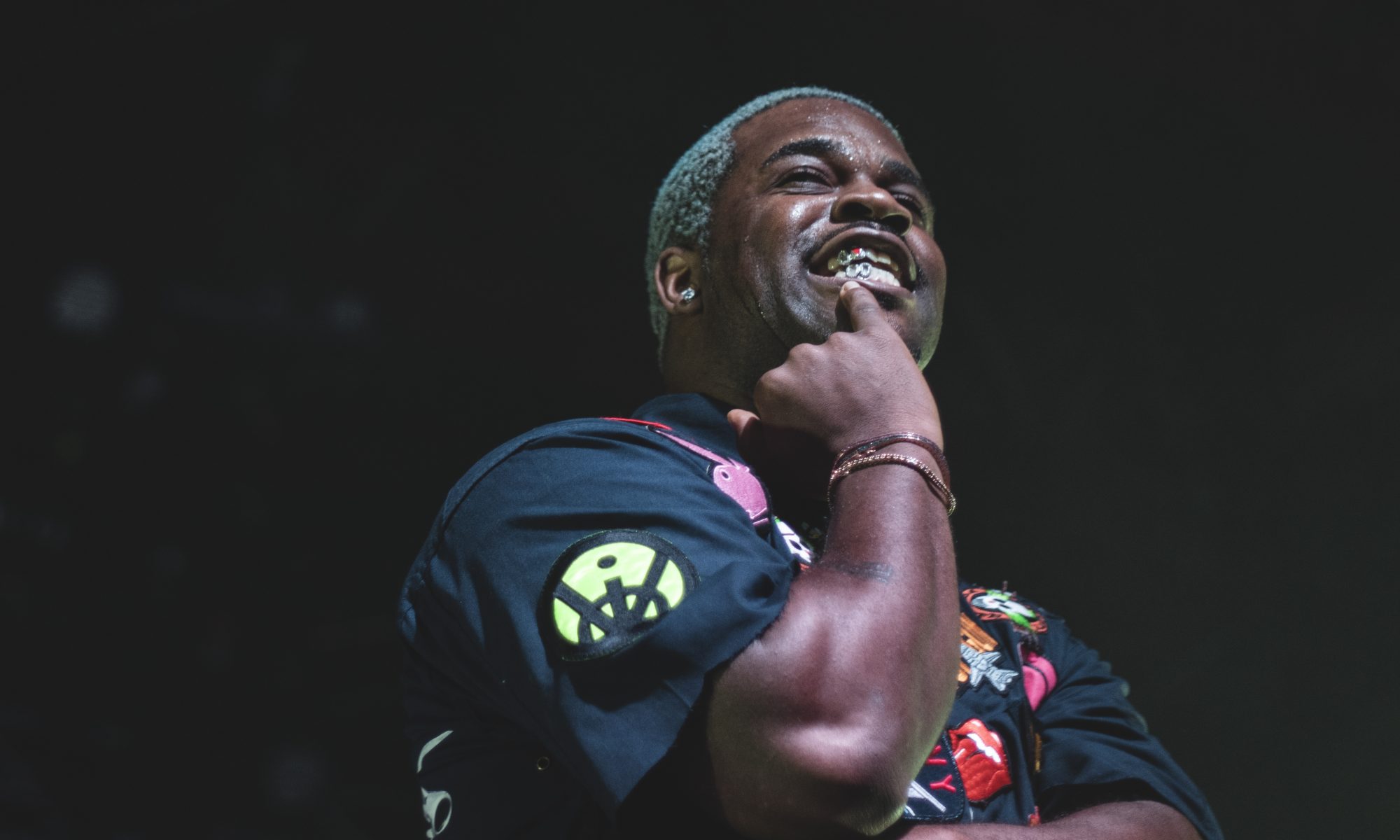 The indoor concert season is now in full swing! I had the pleasure of attending the A$AP Ferg show at The Complex as part of his Floor Seats tour. Fans packed into the Rockwell Room to get out of the rain outside. Excited chatter filled the room and after a short wait rapper Heater IV came out and got the crowd pumped up with a strange but fun 5 song set.

Following him was artist MadeinTYO (spoken Made in Tokyo) who is already making quite the name for himself in the hip-hop community. His energy was infectious and he rapped every bar with flow and swagger. His hit “Uber Everywhere” was super hype and elevated the energy in the room.

Following MadeinTYO, Murda Beatz performed a Dj set. Shane Lindstrom, better known by his producer and stage name Murda Beatz has made so many beats and produced tons of big songs that we hear every day. It was cool to hear a showcase of all the many hits he helped create! Absolute bangers such as Drake’s “Nice for What” and “Fefe” by Nicki Minaj and 6ix9ine got everyone in the crowd hyped up and ready to rage with A$AP.

Ferg came out smiling away and hopped right into his first song. Wearing a jumpsuit covered in various patches he screamed to get a mosh pit going! A lot of rap concerts have moshing but people at this one were going extra hard! It was a circus! He spoke about how he loves coming to Utah and how he will continue to keep coming back. He also showed off his new grill and the crowd roared their approval!

While rapping, Ferg still managed to have excellent crowd interaction even coming down to the barrier multiple times and partying with fans. On “Hummer Limo” he brought a fan on stage to dance with him! MadeinTYO returned to the stage later to perform on their collaboration “WAM”. When he performed “Work”, everyone recited the songs catchy intro and then went crazy when the beat dropped. As one of the most recognizable songs that young people hear at parties, it’s hard to not know it.

The rapper continued crushing his songs including hit songs such as “Jet Lag” and “Plain Jane” and although the set was relatively short for a headliner I still think the fans got their money worth. The high energy hip-hop music was performed excellently and it was an absolute party!