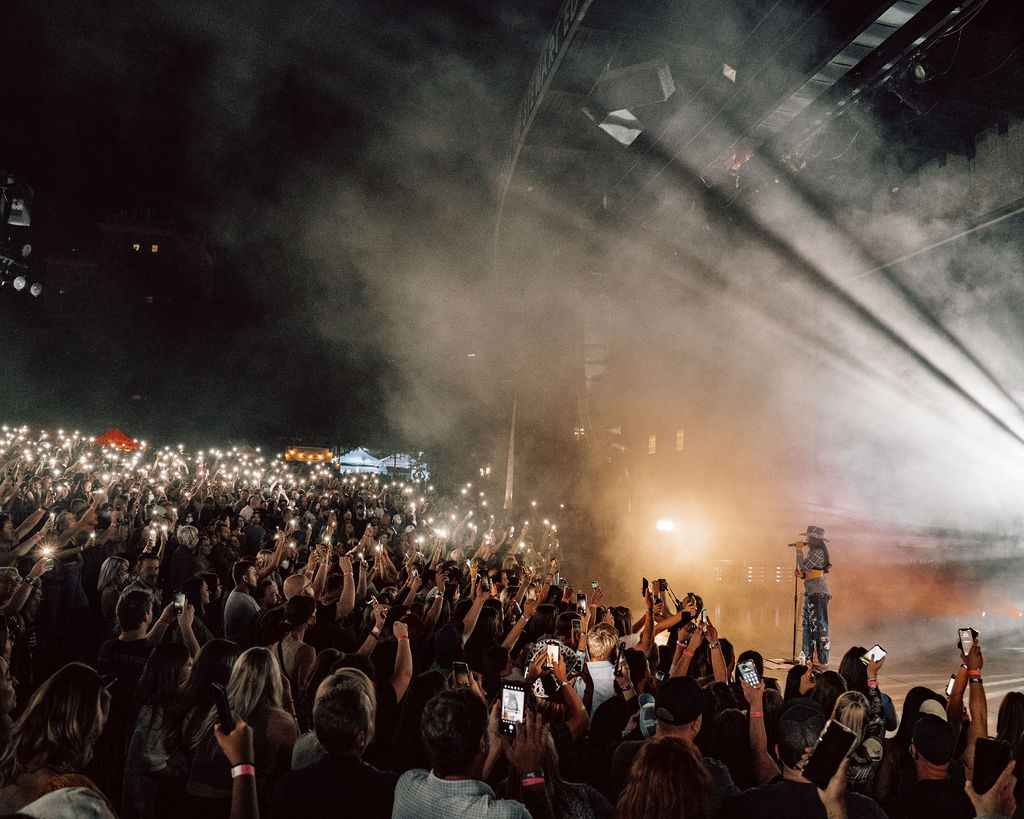 The night has crept upon us and it is definitely getting darker earlier during the day. Glasses have been refilled and food truck lines have slowed down again. The crowd is ready for Noah Cyrus. I got to chat with a couple fans that were patiently waiting for her and it was amazing to know how many fans she had in Utah.

The fog didn’t stop as the band stepped on stage. The lighting was dramatic and Noah stepped on stage rocking her signature cowboy hat and a full denim outfit. Her stage presence took the crowd by storm. She danced while she sang along and it was just the right amount of grooves. Her voice stood out to me and her signature sound was astounding.

Noah was able to perform most of her songs from her recent album “THE END OF EVERYTHING.” She was given an hour and a half set and I always get amazed when a solo artist can perform that long. She played “Dear August,” and it immediately took me to a place. I felt like I was in a hole in the wall bar in Nashville and it was intimate and drinking a Moscow Mule while dancing.

A really great moment for me was when Noah Cyrus played her song with the late rapper XXXTENTACION. She showed her love for him during his verse by putting up an “X” symbol with her arms to the sky. Noah was very passionate throughout her set and took time to explain her situation before she wrote each and every song.

I haven’t heard a crowd like this in a long time. The devoted Noah Cyrus fans chanted her songs word by word. You can tell during “Make Me Cry,” that she was getting emotional. Seeing her art be received so well by the Ogden Twilight crowd, I’m sure it has to get to her feelings.

Noah continued to play and entertain with her vocals and small groove. During the songs that had a more upbeat rhythm, she brought out her tambourine to add a little twist to the song.

The crowd went absolutely insane when she played arguably her most famous song to this day, “July.” I truly enjoyed this moment when everyone had their flashlights on and embracing each other while the whole venue sang along. It was a beautiful Saturday night and I was truly impressed with her performance.

I ended up listening to her full album on our way home, realizing after an hour and a half of listening to her live, we couldn’t get enough. I have really enjoyed my time at this venue and can’t wait to attend more. Noah Cyrus and Ant Clemons were definitely a must see, and I am grateful to add their songs to my playlist!