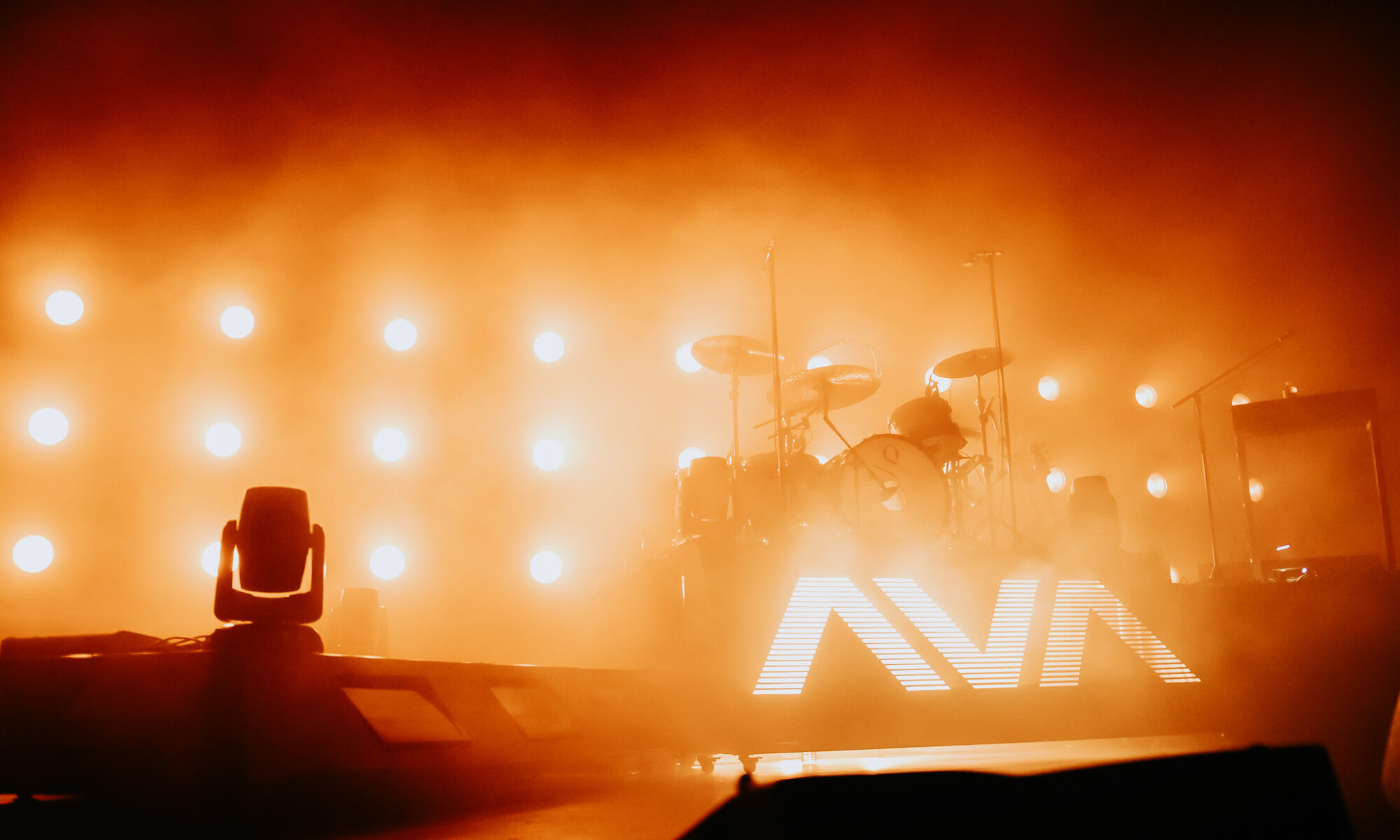 I already bought tickets to the show because there is no way I’ll ever miss an AVA show. But when we got the email that confirmed us to photograph and review the show I was thrilled! I was crossing my fingers hard for this one. AVA is one of my favorite bands and covering them in 2019 was a dream come true. I really wanted to experience that again!

A few friends and I arrived at the venue and quickly got in line after what seemed like forever trying to find a place to park. I think my complaint I have about The Union Event Center, is their lack of parking spaces. But for the actual venue itself, it’s absolutely beautiful.  It’s enormous and very spacious. There are two levels. The upper being for 21 and older where you can get drinks, or step outside on the balcony. You can also head to a VIP lounge area, or chill on any of the comfy couches they have spread out on the top floor. Most venues I feel don’t have spaces for when you just want to relax, but this one does. It’s funny, I didn’t even know this place existed until I saw AVA in 2019. And here they are again! I think it’s a perfect venue for them.

There were two openers, 1990nowhere, and Bad Suns. I didn’t make it in time to photograph 1990nowhere but was able to catch the last part of their set. They were really good and had great upbeat vibes to get the night started.

Very soon after, Bad Suns came on stage. Let me just say that their frontman, Christo Bowman is so good at what he does! He rocks the stage and gets so into his performance. The whole crowd was stoked when they came on. Bad Suns have a pretty large fan base here in Salt Lake and I was excited to see them live for the first time. The rock band consists of 4 members and is from Woodland Hills, California. You can tell the band as a whole is filled with so much energy and have an electrical vibe to them. Each one of them moves to the music as they played and got super into it! They were super fun to watch!

As the night went on and the sun had now set, everyone headed inside from the balcony,  merch, the bar area, and all packed close to the stage as they knew Angels & Airwaves were about to go on any minute.

I rushed to the front of the barricade and felt my whole body tingle as the adrenaline started to pump in my veins! It was so exciting to see AVA live again. Especially since they’d be performing new music because their album had just dropped! I asked the security guard if he was excited, to which he responded “Eh it’s just work to me, I see a lot of bands” I gasped and told him he was in for a treat, we’ll come back to that later.

The stage illuminated this glowy, orange color and the AVA symbol on the middle of the floor lit up while some ambient music played in the background. The second the sign lit up the crowd screamed and cheered, awaiting for Tom and the rest of the band to come out. I had a huge smile on my face because I just knew this was about to be so good! AVA members David  Kennedy, Ilan Rubin, and Matt Rubano all took their places accompanied by loud cheers. Then  Tom ran on stage and the crowd roared!!

I took a look back and the number of smiles and bright eyes I saw filled me with so much joy because I was one of those people as well! Without missing a beat, they opened the night up with “Kiss & Tell” a single that has been out since 2019! Fans have been waiting for the new Lifeforms album for years, so seeing songs performed live from it is incredible! As the whole stage was illuminated, you were able to see that it had a major UFO vibe, which is classic for Tom. I think is such a special touch that added to the overall experience of the show!

Right after the first song, they started performing “Timebomb” another from the new album. The intro to “Timebomb” gives off major alien, extraterrestrial, spacey vibes! So naturally, everyone was freaking out! Tom and AVA have such an amazing way of capturing that adventurous and mysterious feeling in their music and there’s no lack of that when they perform live. The lights were flashing white and super bright as the backboard of the stage was staggering in colors!  It was so pretty! At this point, I’ve been running around back and forth in the pit, trying to capture photos of Tom as he dances around on stage. I’m running around, I’m singing along to every word with a giant smile on my face. “Euphoria” was the third song of the night,  also from Lifeforms.

I need to note that these three songs are all such bangers to kick off the show! But “Euphoria” just hits different. It’s angsty and gets everyone so pumped! It’s one of my favorites from the new album. I turned around and looked at the crowd and everyone up at the barricade was going so hard! Headbanging, jumping up and down, someone had a poster that said: “Tom is the man!”. The energy was just out of this world!

I think it’s safe to say that everyone’s favorite lyric in, “Euphoria” is “So let the mother f***** know his times run out!” And when Tom sang that part, the whole crowd, including myself yelled it along with him. I’m not joking when I say it was SO loud! It gave me goosebumps! It all goes back to realizing we’re all here connected as one. Experiencing this show together and all gathered around outer strangers who also share a love for this band. Concerts are absolutely beautiful places because of this exact reason. The unity everyone experiences, regardless of your differences.

The first three songs were over, so I ran out of the pit to go join my friends to enjoy the concert,  but as I was leaving the pit, that security I mentioned before, he stopped me and said, “Okay,  okay, I like him a lot!” As he pointed to Tom. I laughed and said ‘I told you so!’. So, Tom, you converted him to an AVA fan! I mean it’s not too hard to do. The rest of the show was incredible. They played a lot of older songs as well, which people loved. You can tell they’ve been doing this for decades because their stage presence is phenomenal. Tom DeLonge owns the stage and he knows it.

I also absolutely adore how personal he is with the fans and crowd! I say it all the time, but when artists have conversations with the crowd and involve them it just makes the experience that much more special.

Tom and band member Matthew Rubano exchanged jokes all night long. He called David  Kennedy Jesus because of his long hair and made some jokes about that. Tom also told Salt  Lake, “I’ve been coming to Salt Lake City for over 20 years and you guys have always had an amazing punk rock scene”. That was followed with so much love from the crowd! That’s something to take pride in.

As the night went on Tom told more stories before each song played. Something about the song itself or just random things. I think one of my favorite stories he told though was the reason behind the song “Tunnels”. It came out in 2014 after his dad had passed away. The story was touching and inspiring as he mentioned that he had felt an electrical pulse run through his whole body that randomly woke him up in the middle of the night. At the exact moment, he woke up he received a text that his father had passed.

It’s crazy but like he said, “you have to believe people when they tell you these crazy experiences they have…and you should all listen to me because I told you some shit years ago and now look” referring to all the alien information that the government released last year. That made everyone laugh and cheer! Tom knows what he’s talking about.

Another sweet spot in the night for not only AVA fans but also blink-182 fans is when Tom told the story of how he and Mark Hoppus met, a few days after he had enrolled in a new school. The crowd’s roars were so loud when he mentioned Mark, but even more so  when Tom said, “oh and by the way, Mark is cancer-free now!” It made my heart so happy.

I, along with every other AVA/Tom fan am so happy to see him performing and touring again.  You can tell he is having so much fun with it and loving every step!

I cannot wait until they come back again!