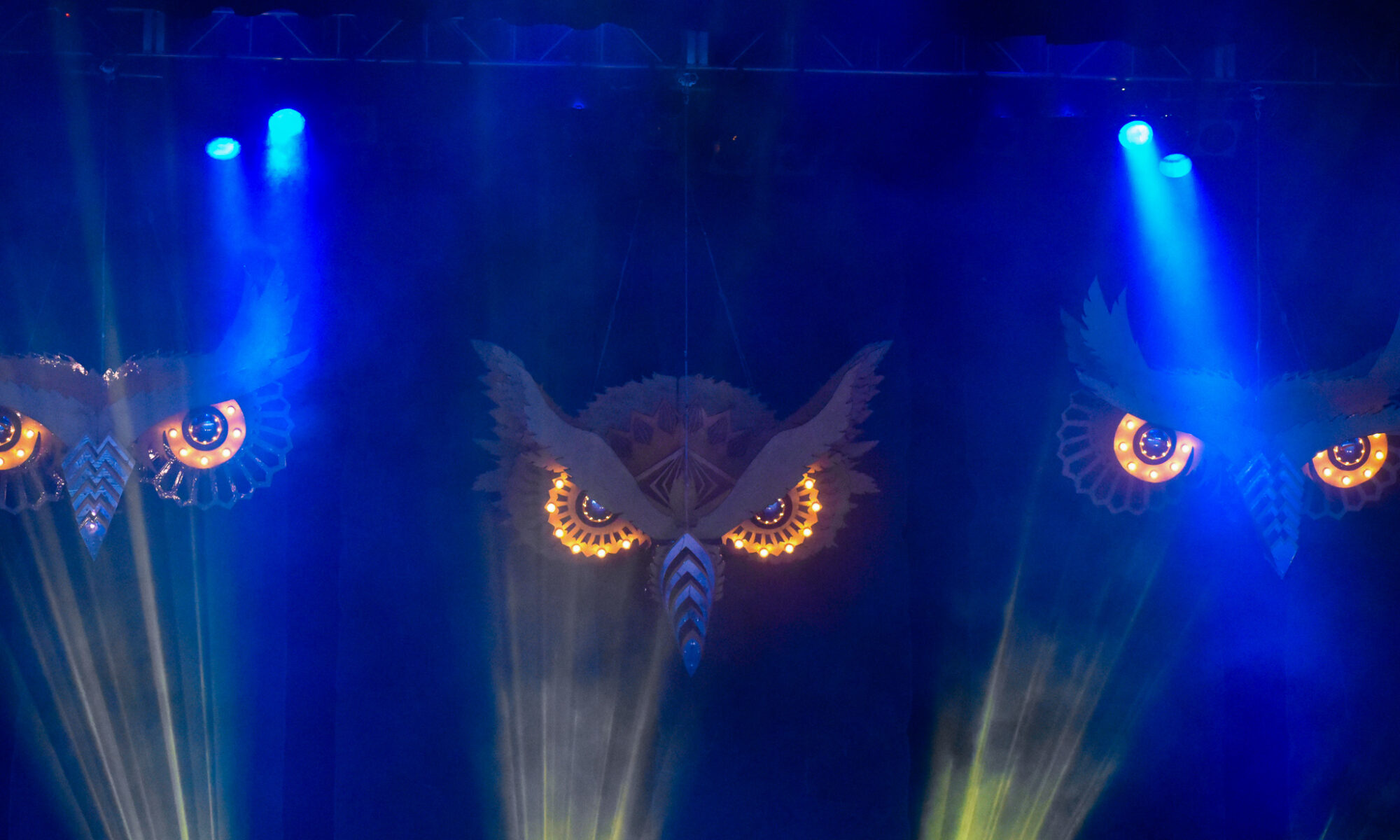 “We’d like to thank the Sandy Amphitheatre for allowing us to help open back up this venue.” voiced Taylor Meier, frontman for the folk-rock group Caamp. “This is really special and we’re so happy to be here.”

It truly was a perfect summer night for an outdoor show, and thanks to the aggressive efforts of growing-ever-popular bands Caamp and Trampled By Turtles, it happened – A sold-out show at the Sandy Amphitheatre in the middle of July.

Coming right off the heels of a seismic shutdown that the live-music scene had never before witnessed, the fans inside Sandy Amp were hungry to feast on the evening’s banquet of live music. Despite recent high temperatures, the evening of the 13th brought with it cloud cover and a soft summer breeze to make the atmosphere just right.

Never-before-played-live “Huckleberry Love” was a lovely surprise and set opener from Caamp. “You guys are the first ones to hear Huckleberry Love live,” grinned Meier with his Cheshire Cat smile and mustache, “We’ve never played that one live before.”

Caamp made themselves at home on stage. Joeseph Kavalec even had a lit cigarette dangling from his lips while he played keys. They were cool and relaxed, all smiles, and seemed very happy to be there. The touring group of six glided through four or five songs before Meier paused to share a few of the aforementioned words. The other members of Caamp include co-founder Evan Westonfall (Harmony vocals, banjo, electric guitar, drums, percussion) and Matt Vinson (Harmony vocals, bass, acoustic guitar). Touring members Liz Fisher (violin) and Henry Allen (percussion)(El Camino Acid) rounded out the group.
“Can you believe it?! Caamp now has a drummer!” Echoed Meier.

Most of Caamp’s band members were rocking tee-shirts and shorts while playing. Meier donned long pants and a tank top. Several members of the band stayed cool on stage nursing beverages in between songs.

Caamp took the stage pretty close to 7 pm and ripped song after song for about an hour. They closed their main set with their number one hit “Peach Fuzz”. The band then left the stage, and it wasn’t quite clear if they would come back out or not since they were the first performance, but they did reemerge for an encore and played about 10 more minutes.

During the encore, Meier took over on the drums. Watching him feel at home behind the drum set while still leading on vocals brought to mind memories of some of the greats to do it like Don Henley, Phil Collins, and Levon Helm.

While one group did have to go first and the other followed, it certainly felt like a co-headliner show. This was the first of a brief five-show stint the two groups are playing together between Utah, Colorado, and Montana before going their separate ways.

Trampled by Turtles has been sharing their bluegrass/folk jams for more than 18 years and are composed of the following members:

All of the TBT members contribute beautiful vocals to perform wonderful harmonies for many of their songs, but a few of the members also write songs for the band. Simonett made sure to highlight this when they showcased a song written by Berry and then later another written by Carrol.

TBT brought the energy early on, and about halfway through the set, the crowd took advantage of the wild-paced music. During the extremely fast-paced song “Kelly’s Bar”, a small group of fans began skipping back and forth at the front of the stage. Like square dancers hyped up on coffee, their antics were perfectly timed with the cadence of the jam. Sure enough, within minutes, other fans descended down like seagulls on fish and rushed the stage. With so many of them rushing to the front, they were able to elude security, and many of them stayed down close for the rest of the set.

The faces of three Owls (TBT’s logo) were suspended in the air for the performance, and their eyes would glow and light up throughout the set. This unique spectacle coupled with the summer breeze and fog machines made it for a very adventurous atmosphere.

A few songs before the evening’s end, the crowd started chanting “One more song!”
“One more song?! We haven’t left yet,” chuckled Simonett.

After apparently closing the show with one of their most popular hits “Wait So Long”, Simonett looked at his watch and discovered, “We’ve got time for one more quick one.”
TBT then snuck in a nice short cover of The Pixies, “Where is My Mind” and wrapped up right at curfew.

Everybody seemed content, happy, and excited to have live music back again.

Review and Photos by Justin Hicken