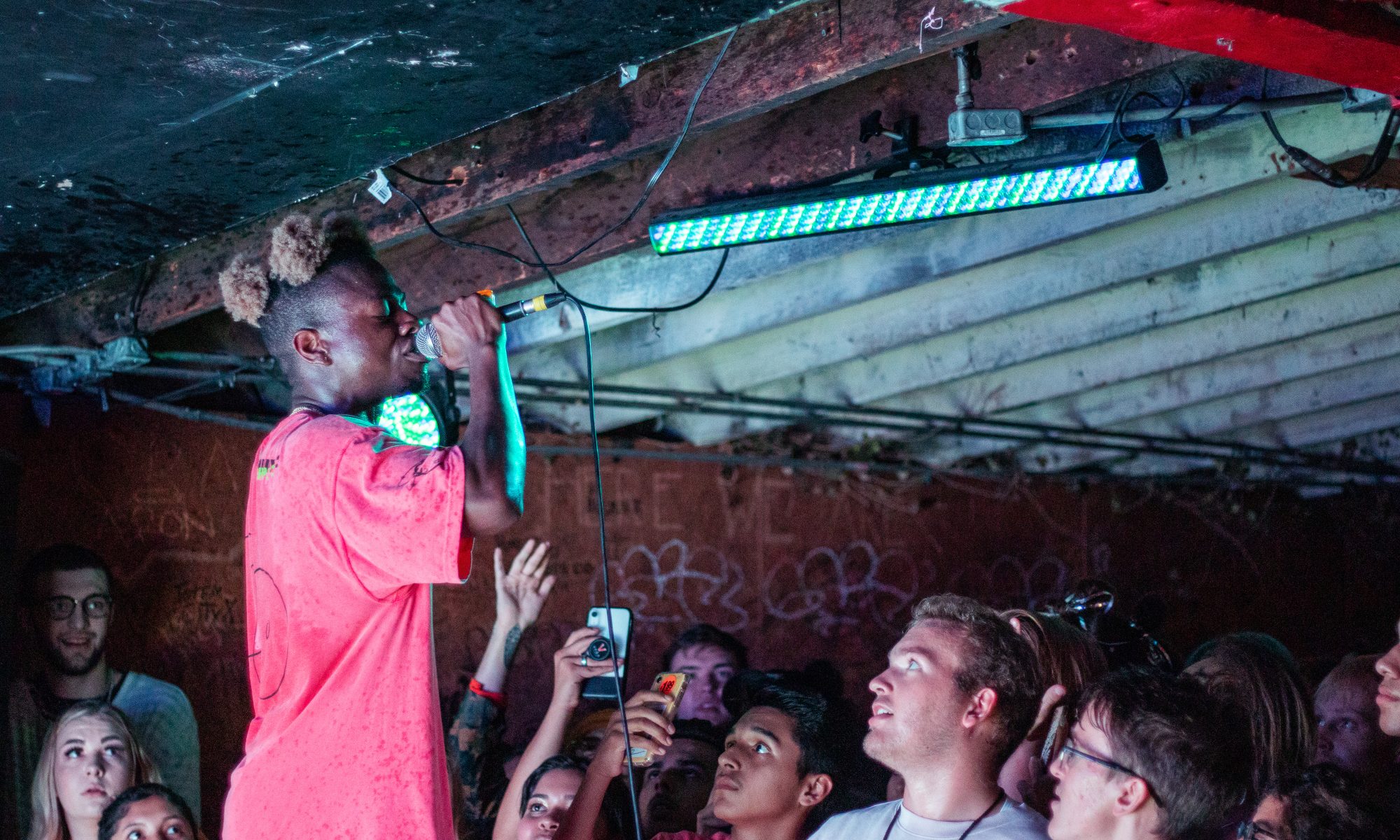 Tuesday Night in Salt Lake City brought out dedicated fans to see fast-rising rapper, Tobi Lou. Kilby Court was buzzing and you could feel the excitement of hip hop fans eager to see the new but very talented artist. I had seen Tobi perform as an opener for KYLE about a year ago and was excited to see him headline for the first time.

As opener liltrxpendo took the stage, people began to fill into the iconic venue and it wasn’t long until the venue was filled to the brim with excited fans. I had never seen this many people show up to a show at Kilby Court so it really showed me Tobi’s loyal fanbase. Liltrxpendo set the mood off right as the talented 17-year-old sang and rapped some very catchy songs about young love. It was his first tour and based on his unique style and great voice I’m positive that I will see him on the charts one day.

Lyricist FemDot took the stage next. Although fairly unknown in the hip-hop community, FemDot is in my opinion, one of the artists who are most true to Chicago rap in the whole game. Everyone in the crowd who didn’t know FemDot before the show sure did after his performance. The Chicago native didn’t just make rap songs; every lyric, every bar, every rhyme was a story of his rough upbringing and really painted a picture of a young man growing up on the streets. It was a very powerful performance and one of the best sets from an opener that I had seen in a long time.

The energy from FemDot’s killer set had everyone just absolutely ecstatic for Tobi Lou to come out. As his first song played Tobi ran out with his hair done up in his iconic gold buns and glitter shorts (that only he could pull off) with a huge smile on his face. Although Tobi has yet to reach the mainstream; those that do know him are extremely dedicated fans who love his music. Everyone knew every lyric.

After a few songs Tobi stood high on the speaker and took a good look over the crowd and said  “Wow, y’all really packed this place out!” He mentioned his previous times in Salt Lake (opening for Kyle and a small show he had done in a bar earlier this year) and didn’t realize he had so many fans in the area.

As the night continued, Tobi had some of the best crowd interaction I had ever seen, spending most of the show up on the speakers so that people in the back could see better. In between songs, Tobi was always talking to individual fans and I’m sure it made their day. I could tell that he was genuinely having a good time and has a real love for his fans. The small venue created a really cool feeling of just hanging out with him while he performs his songs not so much like a concert. His songs which often use samples of “Lo-Fi” style music as the beats create a bubbly and fun energy.

When he performed his most well known song “Buff Baby” Lou picked a couple of fans who knew the dance that went viral on the internet on stage. The fans crushed the dance and the whole room sang every lyric. After a long set and just a great night, the concert sadly drew to a close. It was an awesome show with great energy and I can guarantee that Tobi is going to be so big and when he does I’ll be there to watch!