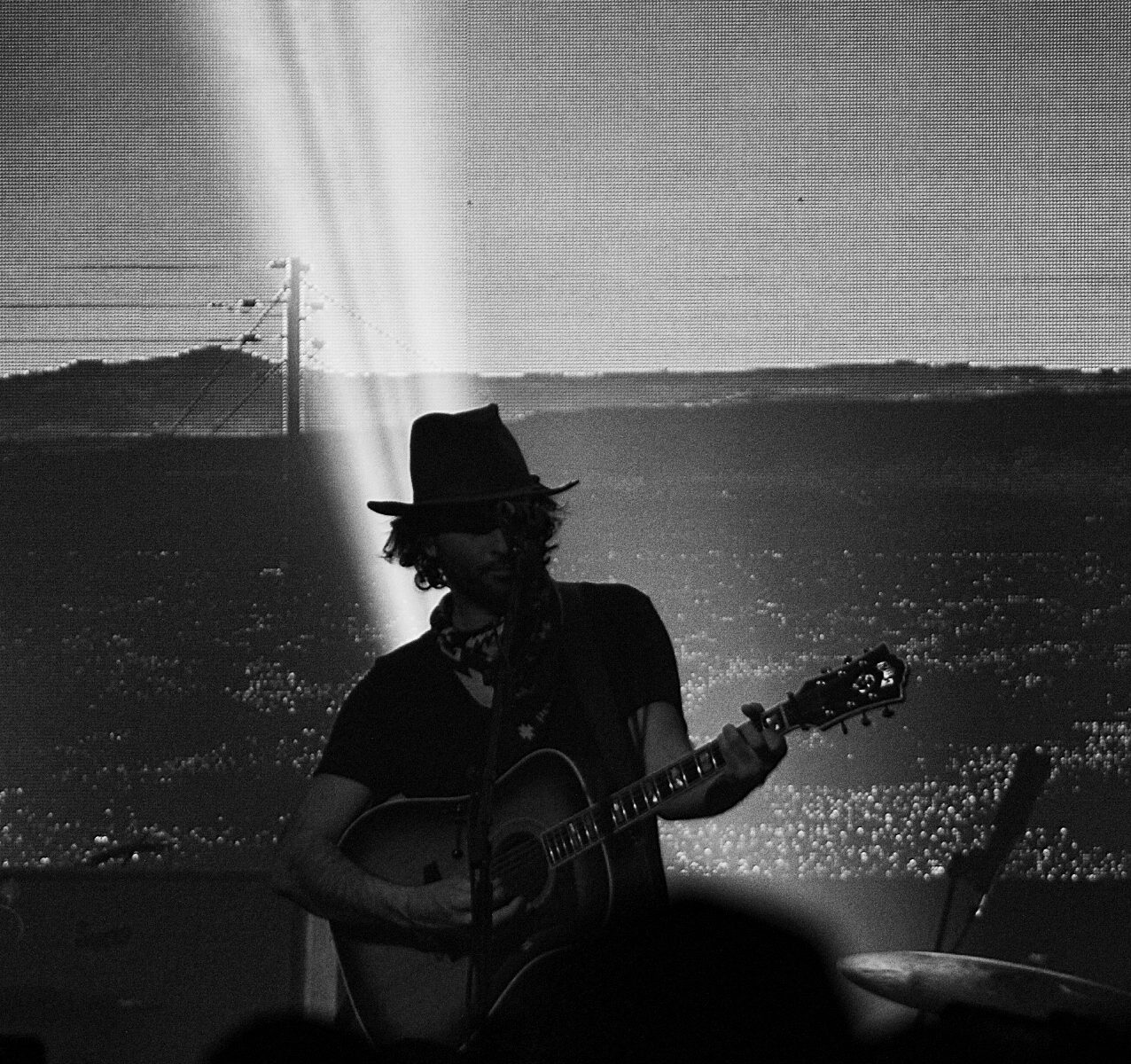 Park City Live is a solid venue.  It’s right in the heard of Main Street, so the venue is extremely accessible.  They’re known these days for hosting a lot of DJs and EDM shows, but the venue is perfect for major bands to come through.  The only hang up I have with Park City Live is how long it takes to get everyone inside. I’m not sure what the solution is, but it seems like the process should go a little faster.

The concert was billed as “An Evening With The Head and The Heart”.  This generally indicates that they are the only artist on the bill and that show is meant for the truest of fans.  This was the case as the band announced that they were on this mini tour to perform a number of songs from their upcoming album, Living Mirage.   Performing new songs is always a risky move, but when the songs are good fans don’t mind.  And these songs were good. Vocalist and guitarist, Jonathan Russell shared his vulnerability in performing these new works.  He stated that snakes attack because they are usually more fearful than the thing they are attacking.  He said he felt much like that in performing this new material. He was more nervous to share the songs than the audience was unsure of hearing them.  Russell had nothing to worry about. The crowd welcomed the new tracks with open arms, especially the first single, “Missed Connection”.

The band was excited to reintroduce keyboard player, Kenny Hensley, to the audience.  They announced that he has returned to the band. The crowd cheered Kenny back to the fold.  I love the excitement a crowd gets when an original member rejoins a band they love.

Concerts in Park City tend to be much different than concerts in the rest of Utah.  That would make sense since Park City is a city very different from other Utah cities.  It’s a tourist location, it can be very high end, and it’s a common retreat location for many businesses.  This combination can really change the dynamic of a concert. Where Utah audiences are usually very high energy and vocal in their singing a long and applause, Park City concerts can be quieter and more reserved.  My guess is people are on a ski trip, or perhaps in town on business and they think, “Oh, The Head and The Heart are playing while we’re there. Might as well check it out.” Shows that aren’t on the weekend will have a little less energy than a weekend show, then add someone who’s been in meetings all day, or on the slopes all day, and the show simply doesn’t have quite the energy they might under different circumstances.

Unfortunately, this was the case at this show.  The crowd seemed to be older and much more reserved than the show at The Union back in September.  This was no fault of the band. The beautiful thing about The Head and The Heart is they play with passion, they perform with purpose, and they seem to leave every emotion and last drop of energy in their songs and performance.  So sorry audience, this one is on you. A performance of “Lost in my mind” almost always stirs up the voices of the audience and the crowd sing along is deafening. People were singing this song. But not the way I have seen in the past. Don’t get me wrong, I could tell people were loving this show.  So it’s not like people were bored, or not into it. They just enjoyed it in a less vocal way I suppose. They did cheer loudly when they would hear their favorite songs such as, “Winter Song”, “Sound Like Hallelujah” and “Down in the Valley”.

Despite the subdued energy of the audience, the band did not seem affected.  They were giving everything they had to the show and it was incredible. Bassist, Chris Zasche, has to be one of the most entertaining performers I’ve ever seen.  The guy plays and reacts to the audience as if it’s the first time he’s ever performed some of these songs. He seems so excited to be sharing these songs and his enthusiasm is infectious.

The moment of the night where the audience finally met the energy of the band was during the final song of the evening, “Rivers and Roads”.  This makes sense because one, this song is so great, and two because there is a part in the song when vocalist, violinist, and guitarist, Charity Rose Thielen beautifully and powerfully belts out her vocals.  As she let her voice fly the crowd went crazy. It gave me chills.

I loved seeing The Head and The Heart in a small venue.  And they seemed to enjoy it as well. They mentioned that they remember coming to Utah and playing small venues like this.  I imagine they’re referring to their previous stops at venues like The Depot, The Urban Lounge and In the Venue. Perhaps the subdued energy of the crowd was attributed to the intimacy of the evening.  There were points of the show where I was at the very back of the venue and I still felt so close to the band. So maybe because we were so close together it was meant to be a mellow night with an amazing band. That being said, I’m excited for Living Mirage to be released and for The Head and The Heart to return Utah supporting that album in a venue that will house the energy they produce properly.