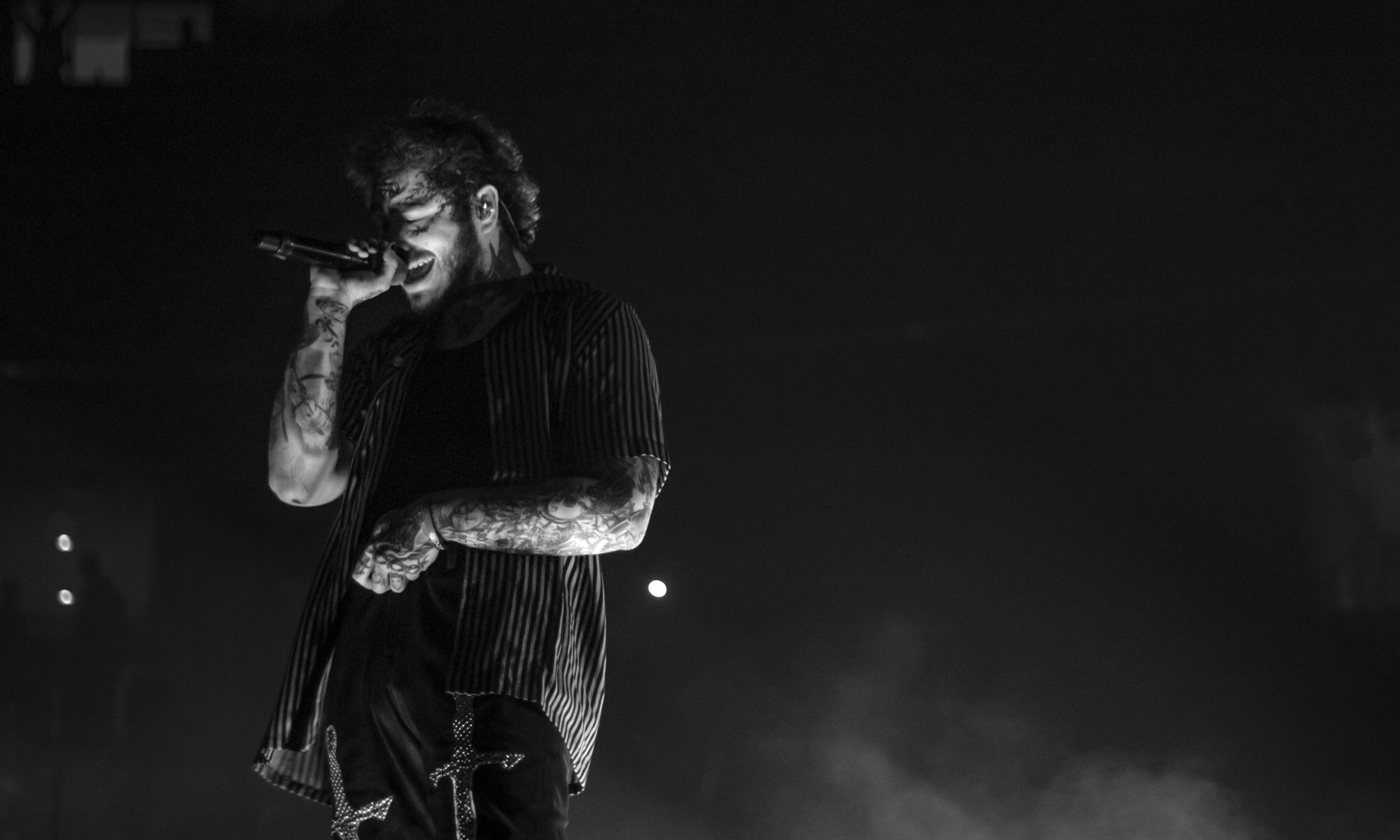 It’s not often that someone who changed the music industry comes to town. Thousands of Utahns packed out the Vivint Smart Home Arena to attend the Post Malone concert which was one of his last stops on his nationwide Runaway tour.

We didn’t have to wait long for opener and rising hip hop artist Tyla Yaweh to start off the show. The stage was pretty unique to other shows I’ve seen at Vivint. A giant catwalk came out and split the pit into two sections. Fans everywhere in the arena were able to see because of this layout and it’s now my new favorite stage set up! Tyla performed with a lot of energy and even threw in some Michael Jackson-like dance moves on his song “Bad”. He also did a tribute to late rapper Xxxtentacion by performing his song “Take a Step Back”.

Photographers were not allowed for Swae Lee so I went to my seat to enjoy his set. Swae Lee is one of my favorite artists right now and he did not disappoint. His voice is almost impossible to not recognize. His chill tone crushed some of his (and Rae Shremmurds) biggest hits including “Unforgettable” and “Powerglide”. He was always interacting with the crowd and had clever intros to lead into his songs. He told the audience that he had a major affliction and after a brief pause continued that he had “No Type” and burst into that song. The audience which had been sitting for much of Tylas set erupted and everyone was on their feet after that. It was so good to see one of my favorite artists live and he wasn’t even the headliner!

A large box-like structure was lowered onto the stage right after Swae Lee left. As the familiar tune of “Hollywood’s Bleeding” began to play it slowly rose up to the rafters revealing in the thick fog Post Malone slowly emerging singing the intense song. I was deafened by thousands of screaming fans screaming in amazement. This wasn’t just like any other concert where people scream when the headliner comes out. This was Post freaking Malone one of arguably the most influential artists of our time who blurred the lines of genres by combining Hip-hop, grunge, rock and roll and pop and instead of being an artist of any one genre, is a master of music in general. Not only is he a worldwide superstar and one of the biggest artists around but seeing that Utah is where he lives, this was going to be a very special show.

“Better Now”, “Goodbyes”, “Candy Paint”, and “Psycho”; Post blessed us with hit after hit after hit. Some coming from the new Hollywood’s Bleeding album, along with some of his older stuff. The man has so many fantastic and great songs. His raspy voice hit every note and his showmanship was superb. The man is a complete and utter rockstar. Some of my personal highlights included the lyric on “Wow.” that says “750 Lambo in the Utah snow” because everyone exploded on that line! “I Fall Apart” was really emotional and the heartbreak you feel from that song was felt by every person in the room. But my favorite song of the entire show was “Take What You Want” which features Rock legend, Ozzy Osbourne. Ozzy’s image appeared on the screen and his voice rang through the whole stadium backed by fire cannons and even fireworks, Post delivered an absolute rocking performance!

Posty brought his guitar out and performed an acoustic version of “Stay”. Many people were even brought to tears. After “White Iverson”, Swae Lee came out to perform one of the biggest songs of 2019, #1 hit “Sunflower” from the soundtrack of the animated film, Spider-Man: Into the Spider-Verse. Even people who don’t listen to Post Malone know this song. The happy vibes from that song had me grinning cheek to cheek. Post then closed the show with “Rockstar” and “Congratulations”, even smashing his guitar on “Rockstar”! As “Congratulations” came to an end the guitar kept playing and Posty ended by saying “It’s so good to be home”. Everyone went nuts! He then came down and high-fived fans and even hugged a few and signed some autographs.

I’ve been to a lot of concerts in the past and have even seen Posty in previous visits to Salt Lake but this show was special. Probably the best concert I’ve ever been to. Thank you Austin Post!

Take What You Want