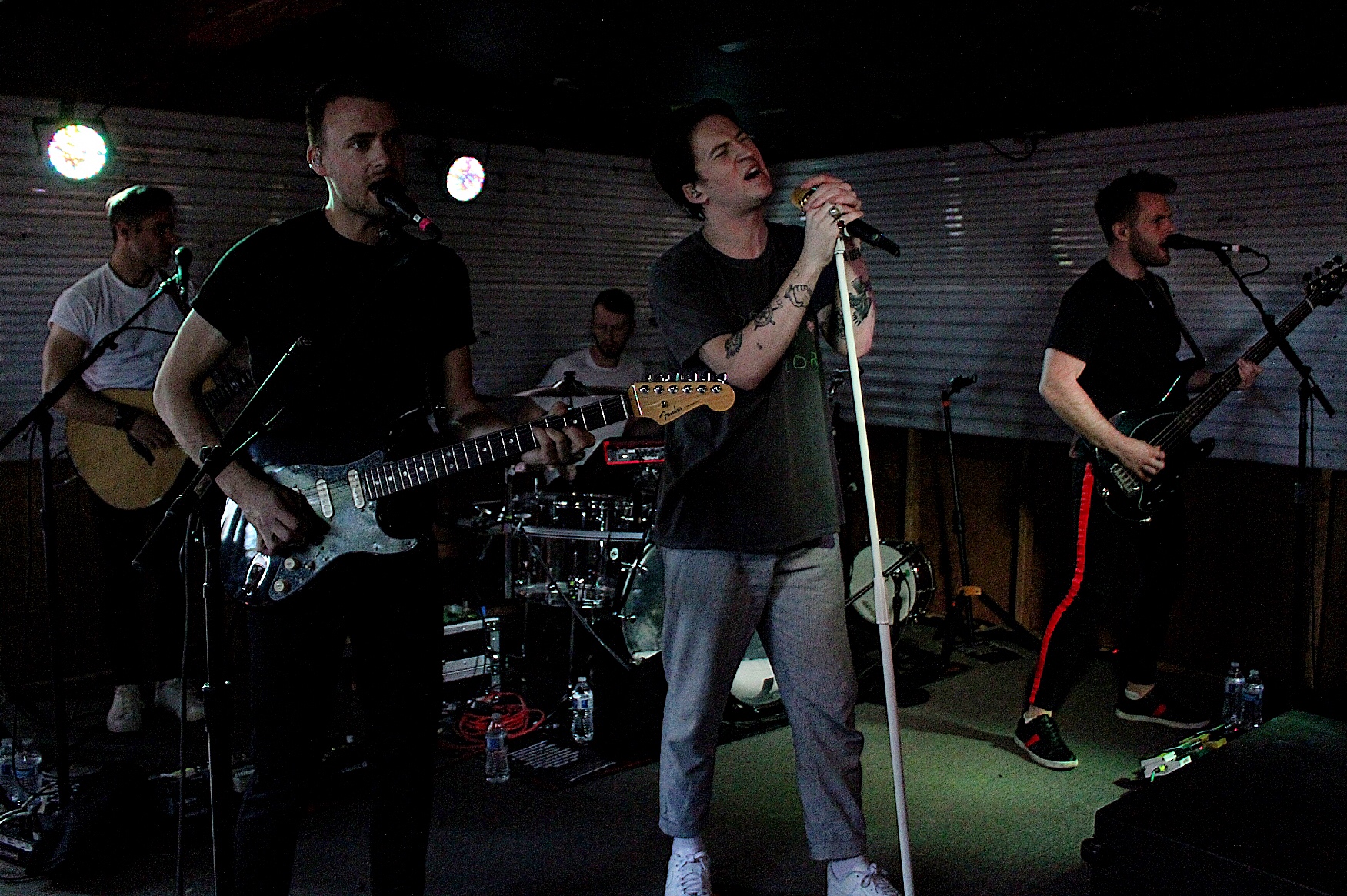 The block party had three stages, the main stage which was at the end of a closed 700 South, a smaller stage way at the other end of the street and the actual Kilby Court venue stage.  I was delighted to see that Picture This would be playing there. I think every band coming through Utah should get to play Kilby Court. It’s a right of passage venue. Death Cab even mentioned that they still remember having played there twenty years ago. The thing that concerned me was when I saw that the Picture This set time overlapped with The National Parks an American Roots band that has really skyrocketed in the last couple years and are a favorite here in Utah.  With this being their first time visiting Utah, I worried about coming into Kilby Court to see Picture This.

As I prepared a few weeks ago for my interview with lead singer, Ryan Hennessey, and drummer, Jimmy Rainsford I discovered that Picture This has had major success overseas.  The Ireland based band is huge in their home country. Their albums have gone multi-platinum and they’ve sold out arenas and stadiums. I’m impressed with their desire to not just sit on their success in Ireland and venture out to the rest of Europe and The States to advance their music careers and legacy.  And sure enough, there they were on the tiny Kilby Court stage ready to bring their music to Utah for the first time.

When Picture This took the stage the venue was at about 25% capacity.  This had to be so different for them considering they had just recently sold out the 3Arena in Dublin five nights in a row.  To put it into context, that’s like selling out Vivint Arena for five nights! U2 previously had the record with four sold-out shows. So yeah, they’re kind of a big deal in Ireland. Fast forward to Saturday when they were playing to a handful of people in Kilby Court.  The band didn’t seem deterred by the initial low attendance. They just kept playing. After a few songs, Hennessey told the audience that the band was from Ireland.  He stated that he would try to tone down his accent because even Irish people have a hard time understanding him. He said that they were happy to be playing at this festival. Hennessey said that Kibly Court was a really different venue for them, but they loved it.  He mentioned that they had just played in a soccer stadium back in Dublin, but they loved the experience of being back in small venues. And much to the delight of the people there, he mentioned how much the band enjoyed Salt Lake City.

They moved ahead with their set as if they were in front of thousands.  I have to give it to these guys, they worked hard. They performed their songs with passion to the point of it becoming infectious.  So much so that people began coming into Kilby Court.

As more and more people came into the venue, the more and more the band seemed to settle into their performance. They transitioned to just enjoying playing, playing to an engaged audience.  Ryan Hennesey began sharing stories like remembering that their song “Take My Hand” was the first song they wrote as they formed the band and that it ultimately became their first hit. He joked that their song “More Than Just Tonight” was about bassist, Cliff Deane’s one night stands.

With about three or four songs to go, Picture This had filled Kilby Court with an entertained and interested audience.  When I’m issued a photo pass it’s almost always only for the first three songs of a set. But I was so impressed with what Picture This had done, that I had to take this picture as proof that they filled the floor.  Yes, I understand that it’s not 3Arena in Dublin or Vivint Arena here, but to start out playing to fifteen or twenty people, in a place that they’ve never played, in a town where they most likely don’t get a lot of radio play (Radio? What’s that?), and at a festival where the majority of those in attendance are way more familiar with the other bands performing, then ultimately filling the venue, I’d say that’s an admirable accomplishment.  That is not an easy feat and they did it.

I’d imagine Picture This gained a lot of new fans here in Utah.  I noticed them later in the festival anonymously walking around.  It made me think of their Irish fans. How stoked would they be to see Ireland’s biggest selling band over the last two years just walking around a festival, or getting to see them play in such an intimate venue?  I think those who entered Kilby Court to see Picture This perform in Utah for the first time will consider themselves lucky to have seen this band there. The way these guys work, I can’t imagine them playing a venue that size for long.