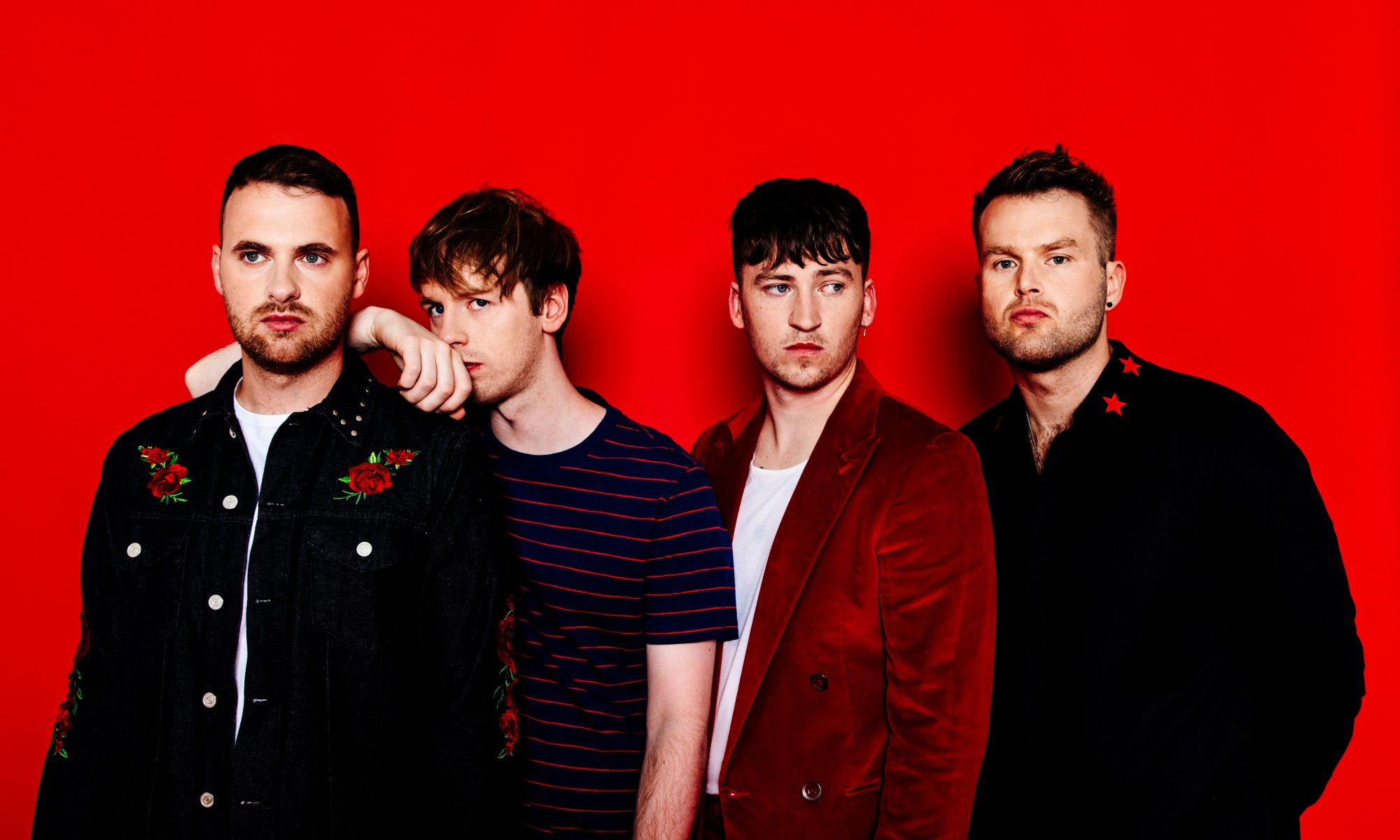 Ryan Hennessy: Yeah, this is our first official proper US tour. We’ve done spot bits before in certain cities but this is our first tour and it’s amazing because it’s taking us to places like Salt Lake City which we’ve never been to before. So we’re really excited for it.

You guys are massive in your home country of Ireland.  Has “making it” here in the states always been part of the dream?  Or is it just the next natural step in your progression as a band?

UCR:  When you’re here in Utah, you’ll be playing a venue called Kilby Court which is a smaller venue. (Picture This will actually be a part of the Kilby Court 20th Anniversary Block Party.  Their performance will take place on the actual Kilby Court stage.)  You’ve played huge arenas and correct me if I’m wrong stadiums recently.  But is their an appeal to playing clubs and small venues again?

Ryan Hennessy: There is an appeal because some of our fondest memories as a band were times when we were playing smaller venues.  Our first ever tour around the UK and Ireland or in small venues. And it’s a great time to look back on as a band. It’s kind of a time we’ll never get back to. We’ll never be back playing those small venues again. So for us to be coming over to the states and playing smaller venues, it’s exciting. We just have to always remember that these are the times we’ll look back on and really remember as the band grows. To be seeing these incredible cities an incredible states in that kind of way and actually meet people who come to the shows, it’s something that doesn’t happen very often and it may not happen again if the band goes the way we want it to go. We might not be back in those venues so it’s important for us to really make the most of this time now and really enjoy the hard work and enjoy the meeting of new people. It’s the foundation of the whole story.

UCR: I love that you see it that way.  I think it’s great that you get to play small venues like this again.  Most bands start small, play the clubs then grow to bigger venues as their fan base grows. Bands don’t usually get a chance to “make it” again.  So you’re a huge success throughout Europe and now you get to go through that experience again. Which I think is really cool.

Do you remember the first concert you ever went to?

Ryan Hennessey:  I’m pretty sure for me the first concert I ever went to was the script at the 3Arena in Dublin.  It was amazing.

UCR:  Do you remember your first time performing live?

Ryan Hennessey:  My first time performing live was our first headline show in Dublin.  I hadn’t been in music before that. So I’d never really sung in front of anybody really.

Jimmy Rainsford:  I think my first time performing live was when I was 8 years old. I played in front of 300 people. I was in a metal band.  Everyone else was older than me but I was eight and I could play drums so they put me in as the drummer and yeah that was a long time ago. Nearly twenty years ago.  Good times.

UCR:  So you’re an old seasoned veteran then.

Jimmy Rainsford:  Yeah! I’ve been gigging a long time. I was very nervous though. I still remember that feeling even though it was many years ago.

UCR: What has been the best concert you’ve ever attended?

Jimmy Rainsford:  For me, Coldplay was the best concert I was ever at. It was just a phenomenal concert.  I really enjoyed it.

Ryan Hennessey:  For me, I would have to say it was probably The 1975 turn the 3Arena  because they’re my favorite band. I’ve seen them there twice now. We love the production. In terms of our own shows, we design the stage and the production so it’s amazing to go and see a band like The 1975 who are our favorite band and just seeing the show they put on. How into their production they are. So it’s very inspiring to us.

UCR:  And that’s the venue where you guys have had some of your own success recently, right?

Ryan Hennessey:  Yeah that’s right. We were the first band ever to play Five Nights in the 3Arena.   U2 had played four nights up until we came along and broke the record and made history.  It was incredible. Like I said the first concert I was ever at was The Script in this venue and my favorite concert was The 1975 in that Arena so it’s a venue that means a lot to us. It was amazing to have a record-breaking week there a couple of weeks ago.

UCR:  That’s amazing.  Congratulations on that.  I remember when that venue was called The Point Depot and hearing about all the amazing concerts that took place there.  That had to have been such a surreal experience to have gone there for some of your favorite concerts and then to have the record for most consecutive nights played there.

Ryan Hennessey:  It was surreal. What I went to see The Script there I wasn’t even really into music in general. The girl I was going out with at the time just liked The Script and I went along with her. I didn’t have any dream of playing music. So it’s crazy for me now to look back and think wow I was standing and that arena not knowing, and not even wishing that I would be playing there. So then to go on and play those five nights it’s crazy to look back on that journey and see where it all went. It’s insane. It’s so surreal.  Even looking back on those five nights now, it almost feels like it didn’t even happen. Like a dream.

UCR:  So what got you into music then?  Was it seeing that first concert? Or was it something else?

Ryan Hennessey:  It was actually in school. In high school, I picked up music as a subject just because I had a choice between music or economics. So I just thought,  “All right I’ll do music. It seems like the easier subject”. So I just went on and did music for my last two years of high school. I couldn’t play an instrument at the time and you had to do a practical exam so I had to sing just because I had no choice. The more people that heard me sing would tell me that I was a great singer and all these kinds of things. And I have written poetry from a very early age. So I just kind of married the poetry and the singing together and started songwriting. That’s kind of where it all started. So I was about 18 when I got into music.

Picture This will be taking the Kilby Court stage at 7:15 as part of Kilby Court’s 20th Anniversary celebration along with Death Cab for Cutie and The National Parks.  Click here to purchase tickets!

To learn more about Picture This, go to www.picturethismusic.com. Their music is available wherever streaming, digital download and music is sold!