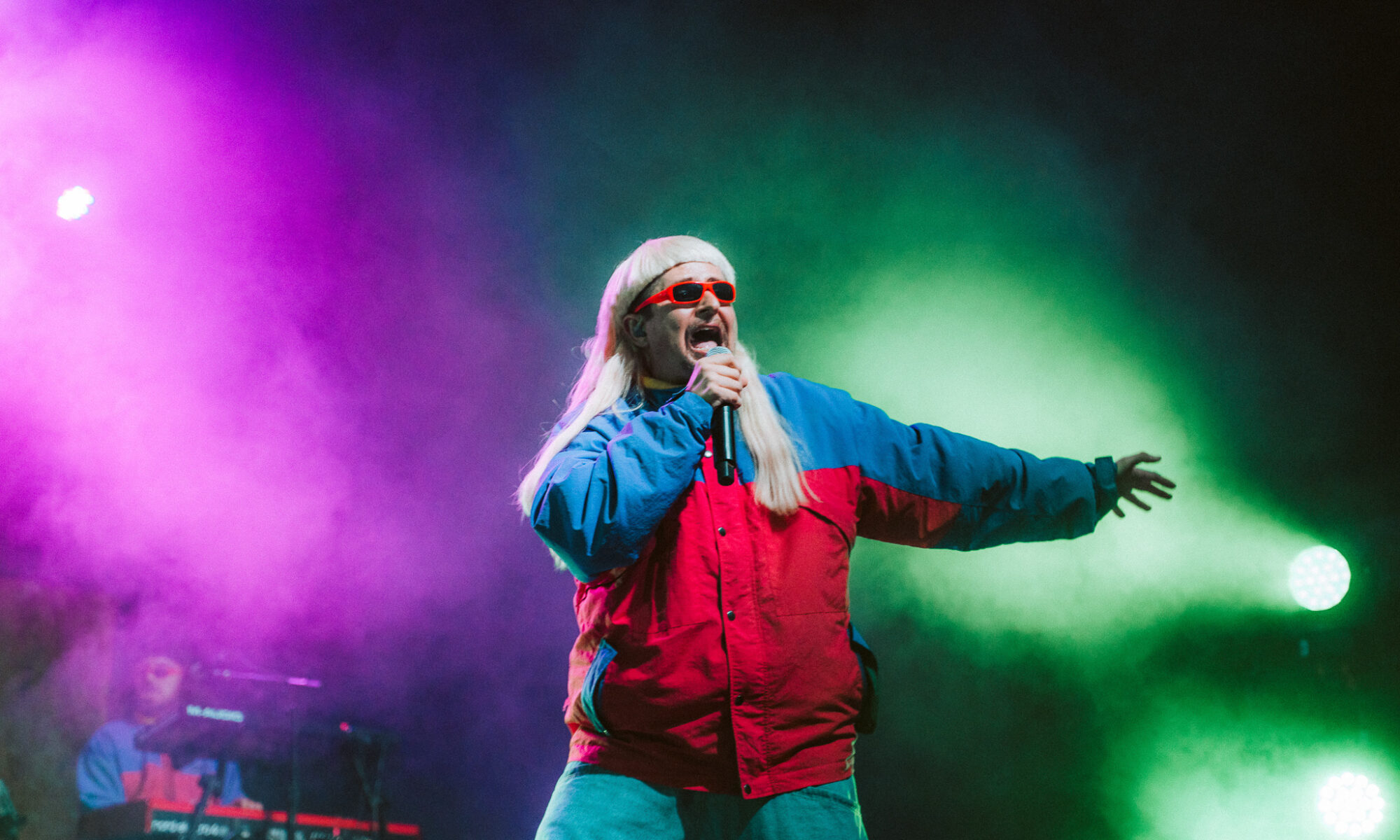 The line wrapped around the building of The Complex for Oliver Tree’s “Cowboy Tears” tour this past Tuesday. After seeing him play the smaller venue in The Complex in 2019, there was a strange sense of pride in watching him sell out the Rockwell this year. Words can’t explain how excited I was to see him perform with a bigger budget and fanbase.

The first opener was Sueco, who has previously had hit mumble rap songs. But flipped over a new coin this year, starting his journey towards becoming a pop-punk artist. His viral TikTok’s skyrocketed his stream numbers on his first track in the new genre titled “Paralyzed” from his album that was released March 4th. You could tell he was stoked to be there. Especially it being his first time playing in SLC.

Jumping, running, and spinning all over the stage, feeling the energy of the packed crowd who was buzzing with excitement. Not to mention he was also the first artist I’ve ever seen jump off the big stage in the Complex to sing to his fans from the pit. His new pop-punk persona came out full throttle when he smashed a guitar after a slower song. He then dove off the stage to crowd surf and sing his final song in the mosh pit.

Second up was 347 Aidan. For a 19-year-old he had a huge fan base. Again from TikTok. With the whole crowd singing along to memories. Yet another performer who was excited to be there. He gave an outstanding vocal performance backed by some amazing stage presence. His gravely but pretty voice filled the room. His drummer and guitarist could barely believe their eyes looking at the packed house. At one point closer to the end of his set he ended up signing and throwing a lemon into the crowd. Never failing to mention how much he appreciated the crowd, Aiden played a great show then made way for the main man.

Oliver came out to a slow song, then immediately jumped into his hit “Alien Boy”. Jumping around the stage and swinging his arms, with the whole crowd screaming back his words. After the electrifying song, he announced he was out of time and that the production team said he only had time for two songs and left the stage, only to come back and play 18 more songs.

He started with his normal baggy jeans and jacket look whilst playing songs off his first album Ugly is Beautiful. Then he changed into a drink cup tracksuit to delve deeper into his rap era discography with songs like “All That and F**k”. After all this, he played a song from his album called “1993”, which featured an alien. After that, the alien named “Ricky ZR3” proceeded to do a solo song while the crew switched up the set.

The crew slowly revealed a red rock background, with wagon wheels, ranch fences, and the final touch, a huge cow, which was wheeled on stage. Oliver came back in his cowboy garb and played his new country-esque album for a few songs before playing the more acoustic focus songs. The songs off of Ugly is Beautiful were performed with oversized 10 foot acoustic guitars.

Oliver Tree finally ended the set with some energy and came back for an encore of his arena rock style “I’m Gone”. Which ended with a call back to “Alien Boy”, his first real hit. Not one person left without a smile on their face as Oliver is a true performer. Not just a musician.

One could almost equate his performance to a play, with set dressings, costume changes, scripted dialogue, skits, and stories. Putting in the whole nine yards makes it feel like a full show more than a concert and you can tell he takes pride in that. To say that Oliver Tree puts on an incredible show is an understatement. Unfortunately, he announced to the crowd that this will be his last tour. But with Oliver’s personality and the amount of internet trolling he does I’m not sure if this is true.

On My Blind Side