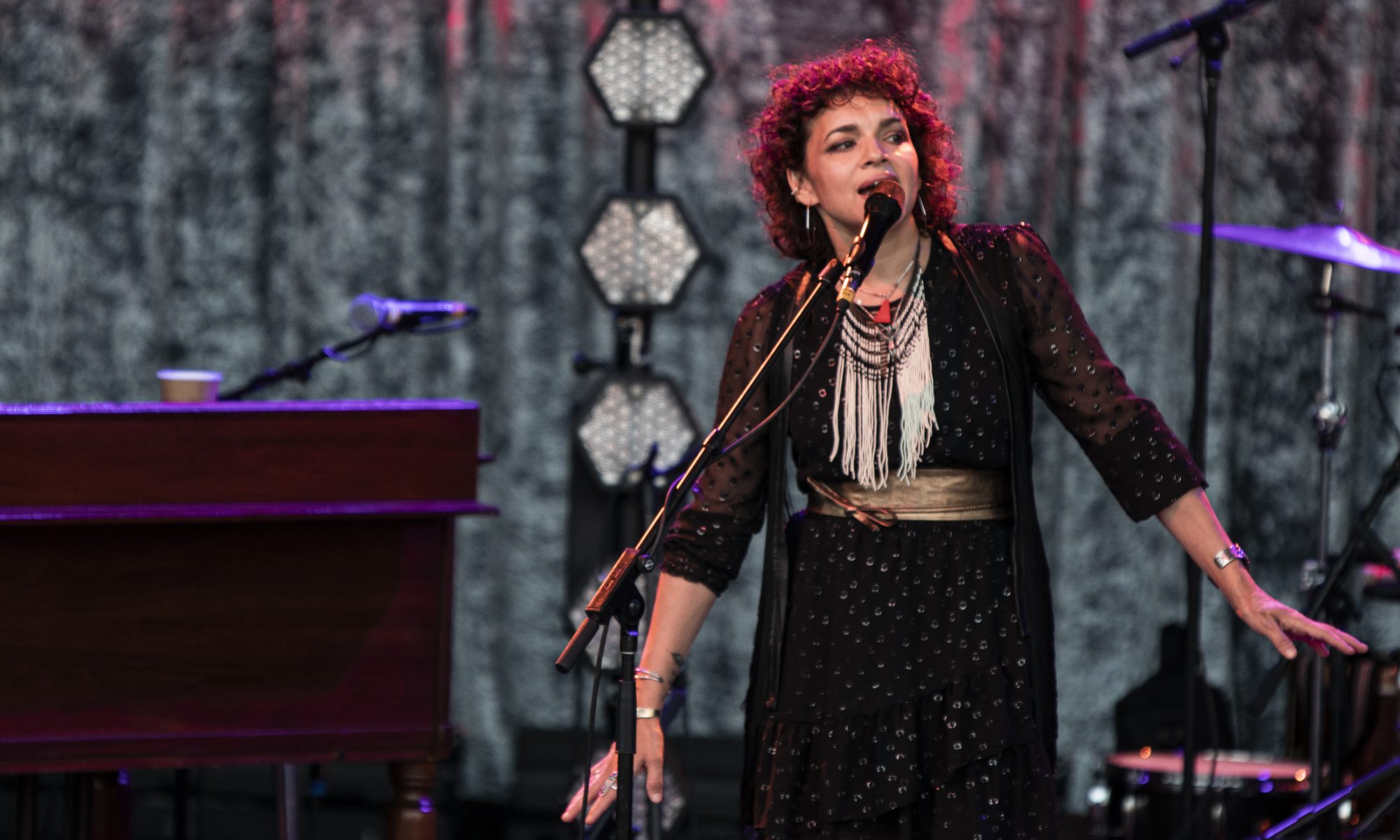 Norah opened with the ultra-sultry “Just a Little Bit” followed by “It Was You,” both from the Begin Again album. Next came the increasingly insistent “I’ve Got to See You Again,” played with a passion unapparent in the 2002 recording. The bandmembers had a stylish cadence. The lineup included Josh Lattanzi on guitar and bass, Pete Remm on the organ, and Greg Wieczorek on drums.

The set sampled generously from Norah’s career. In addition to the dazzling 2016 album which, in my opinion, birthed several new jazz standards, she performed her career-making singles from the early aughts. On “Nightingale,” Jones started off alone on the piano with the bass and drums gently entering after the second verse. The song subtly built until the guitar entered and performed a mellow, string-bending solo. Norah’s fingers danced across the piano, guiding and manipulating dynamic levels.

Our swanky songstress donned the acoustic guitar for a Grateful Dead cover, “It Must Have Been the Roses,” letting Pete Remm take the piano. There was some confusion when Norah thought someone yelled, “I love your boobs,” until realizing they’d said, “I love your boots!” She plugged in for “You Don’t Know What It Means” and kept her electronic ax in hand for “Come Away with Me.” She stripped down to her voice and the piano for “Travelin’ On” and “If I Were a Painter.”

“After the Fall” was off to a somber start while her band silently rejoined her onstage and softly joined in. The tempo picked up after the third verse with rapid, gentle snare drumming and shimmering ride cymbals perfect for the slow, brooding growth of the song. The organ took a break for “Don’t Know Why,” which featured calm, sophisticated piano riffs.

“Wintertime” and the red-hot “Flipside” served up some of the tastiest syncopation I’ve ever heard with Norah smoldering on the keys and vocals. “Flipside” seemed to be played from the gut, seething with intensity. The set closed with a cover of Neil Young’s “Don’t Be Denied.” The encores were “My Heart is Full” and “Turn Me On.”

I’ve Got to See You Again

It Must Have Been the Roses

Don’t Know What It Means

Come Away with Me

If I Were a Painter

My Heart is Full