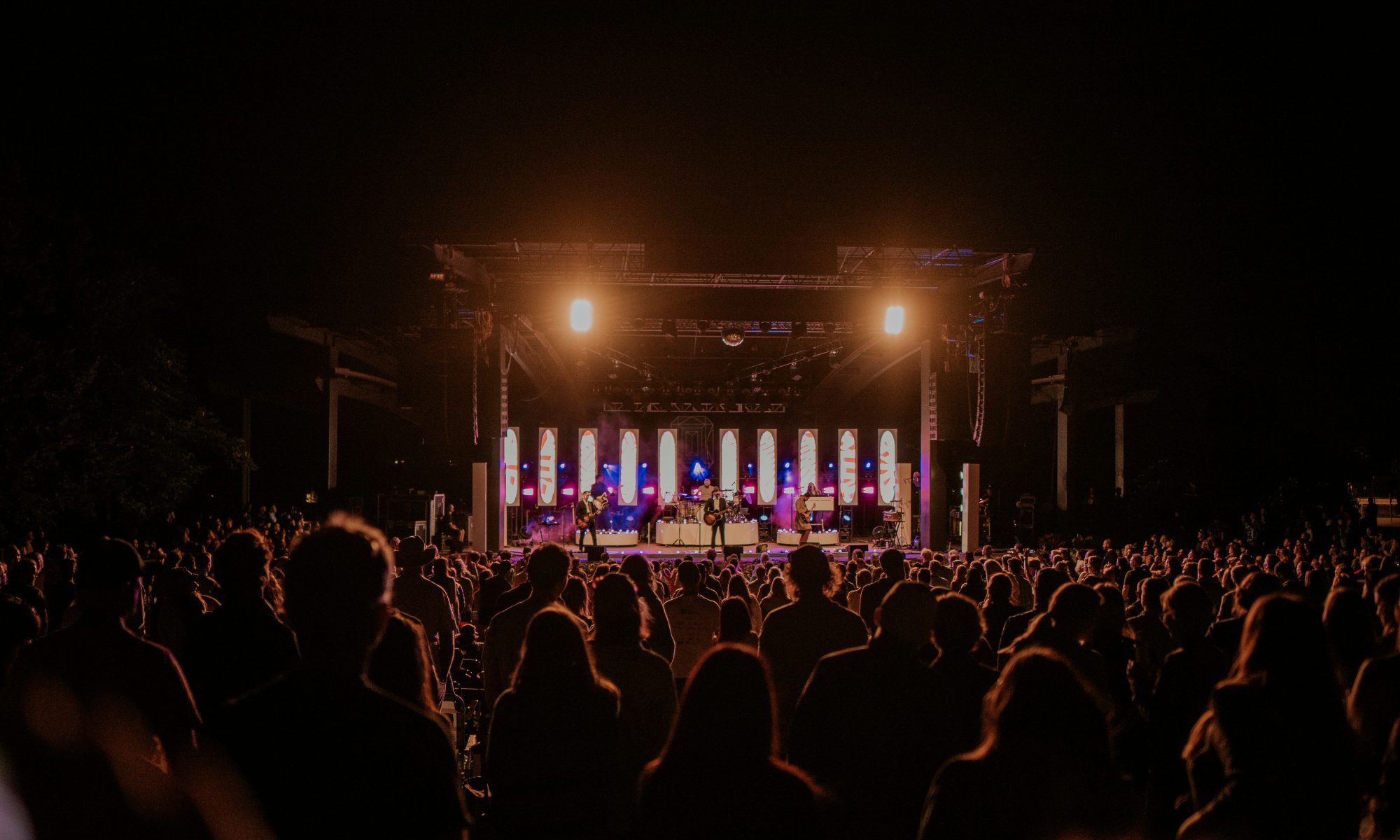 Almost three years to the day, Lord Huron made their triumphant return to Salt Lake City on August 14 at Red Butte Garden Amphitheater. I can’t think of a better pairing than one of my favorite Utah venues with this great American Indie band. When you’re set up in just the right spot, you can see the sun setting over the Salt Lake Valley. It’s a beautiful venue with gorgeous views. Having a soundtrack like Lord Huron mixed in makes for a perfect evening. This was Lord Huron’s first time playing Red Butte Garden and I think they made their mark on the summer concert series.

Lord Huron lead singer and guitarist, Ben Schneider mentioned to the crowd that it had been a while since they had played Utah suggesting that it was good to finally be back. I was surprised that it took them so long to come back. They have some really dedicated and loyal fans that I know have been eager for this return. I have a friend Justin who has gone to see Lord Huron live from Denver to San Diego because they hadn’t been in Utah for so long. Truth be told he may have gone to those shows anyway, but he was really happy when they announced this Utah show. Schneider looking good in his new beard after shaving a beard in June he had been growing since 2017, told the audience that this would be their last headlining show of the summer. He stated that he didn’t want to waste too much time talking too much. He just wanted to play as many songs as possible for the Utah crowd. The audience was delighted at that notion and sure enough, Lord Huron plowed into a setlist full of some of their best music.

I was immediately excited when Lord Huron opened with “Love Like Ghosts/ Meet Me in the Woods”, two songs off of Lord Huron’s most successful album Strange Trails. Lord Huron divided the majority of their setlist between that great album and their well crafted follow up Vide Noir. The rest of the set was filled in by songs from their debut album Lonesome Dreams. I thought it was a smooth blend of the old, the more recent, and the favorites.

Something I love about a band like Lord Huron is their not really a hits based band. I know they have hits. People and TV shows, for that matter, love “Ends of the Earth” “The Night We Met”, “Fool for Love” and so on. What I mean is, their fans aren’t showing up for just those songs like a band who has a ton of singles and always have to play those singles. Lord Huron is more of what I’d call and Album Band. People listen to the entire album which is not a common thing anymore. I loved it when I could hear the crowd react when the band played a song like “Hurricane (Johnnie’s Theme)”. There’s a different excitement because with a band like this you don’t know exactly what they’re going to play because they have the option to play just about anything off of the album and people will get excited. So there’s this reaction like “Oh, they’re playing this album track we love!” It’s a pretty cool sound to hear and a pretty cool thing to watch as this reaction rolls through the audience.

Now that’s not to say Lord Huron doesn’t have their traditional live moments that people look forward to. For example in between the songs “La Belle Fleur Sauvage” and “Fool For Love”, Ben Schneider broke up a bouquet of flowers and threw the individual flowers into an accepting and eager crowd. The looks on the faces captured just how much it meant to them to be one of the select numbers to be going home with a flower. And you’d better believe people cherished their gift. When the show ended and everyone cleared out, there wasn’t a flower on the ground. And as I walked through the parking lot I could see people taking selfies with their flowers and the people walking by them green with envy. Ben Schnieder was clearly having a good time and even stated that “We’re having a party up here!”. There was a party going on in the crowd as well.

Before playing the final song of the main set, “Ancient Names, Part II”, Schneider told the audience “You’ve been so good to us. We hope we’ve been good to you.” By the sound of the crowd’s reaction, it was made clear that they had been great to us.

Lord Huron returned to the stage for their encore and before they started playing Ben began to speak and I thought he was going to be a social comment of some kind. He said, “I don’t want to preach or tell you how to live your life. But this one’s good for making out!” The crowd roared with cheers and laughter and make out approval as Lord Huron began “Ends of the Earth”. It was a pretty funny moment. I don’t think people expected that. I sure didn’t! The song was awesome. But it was clear the night was about to end as Lord Huron closed with “The Night We Met”. Another amazing Lord Huron song. But the fact that this night was ending was a less than awesome feeling.

It had been a long three years since I had seen Lord Huron live. It was so good to have them back in Utah. Hopefully, we won’t have to wait another three years. I think the crowd at Red Butte Garden did their part to ensure that this amazing band returns to us soon.