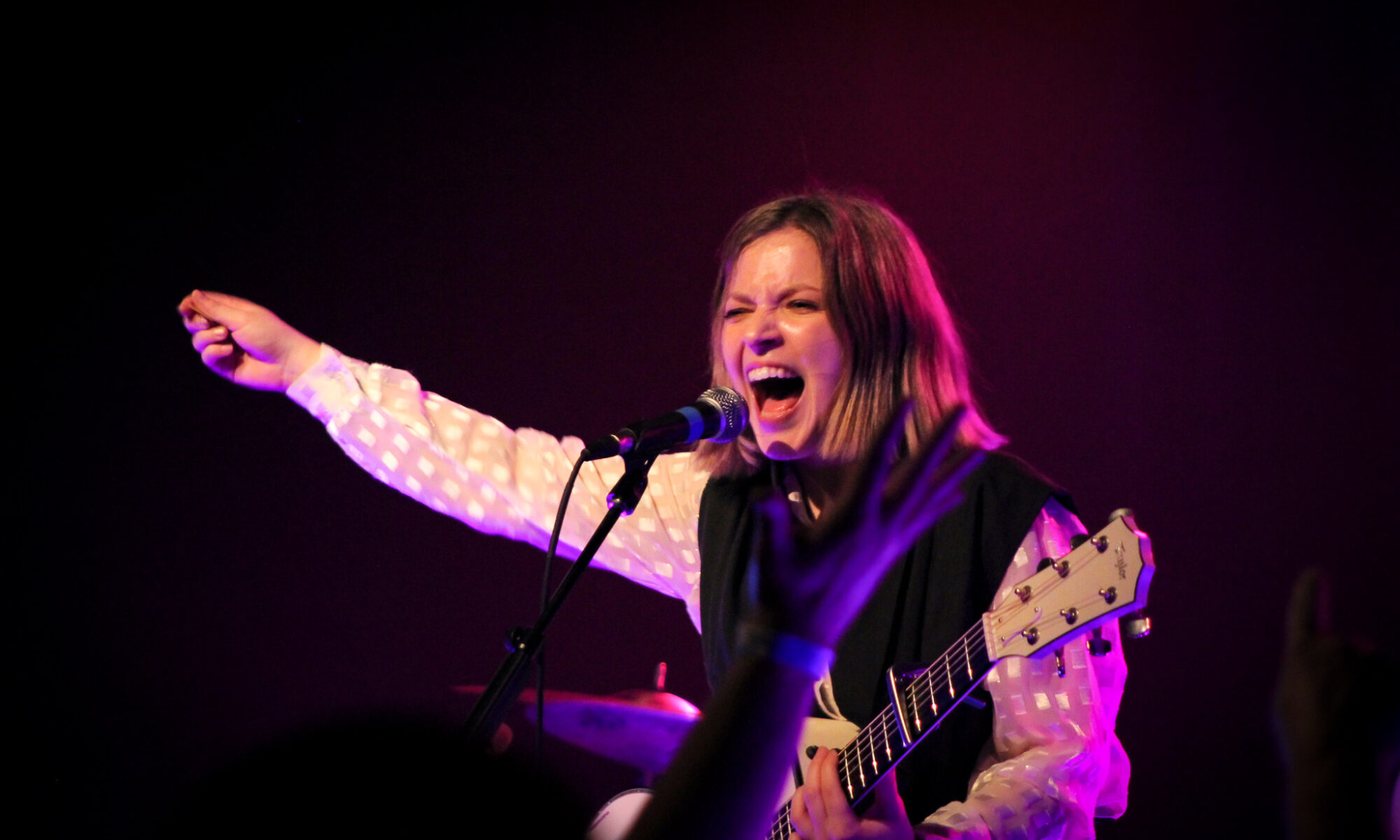 As a concert reviewer, I’ve had the opportunity to see many artists as they’re starting out.  I’m always thrilled to see them move on to the next step of their career.  An album release, a TV appearance, or what’s most impressive to me, when they stop back by Utah but in a larger venue than before.  For example, we were able to cover Conan Grey, when he was at Kilby Court then again on his next tour at The Depot.  Not everyone has that kind of trajectory in their music career so it’s exciting to see when it does happen.

Out of all these artists,  my favorite has been Jade Bird.  Jade was one of the very first artists to reach out to Utah Concert Review for coverage when she was coming to play Utah.  Of course, this was exciting to me. One, the website was gaining some traction, and two, someone saw the value in it that they would want us out to cover their show.  I eagerly accepted the invitation without having ever heard of Jade Bird or listened to her music.  She was opening for Son Little at The State Room and that was about all I knew. But upon seeing that initial performance, I’ve become a big fan ever since.

Since that show Jade has returned to Utah a number of times, playing Kilby Court, The Urban Lounge, and as a support for Hozier at The Union.  Utah loves her.  When the announcement was made a few months back that Jade would now be headlining The State Room I knew I had to be there.  It was a full-circle moment that I had to witness.

I loved walking into The State Room that night.  I worried a lot about this venue during the pandemic.  Small venues closed their doors for good all over the country, and I worried that places like The State Room or Velour in Provo would suffer the same fate.  So being inside The State Room, knowing that concerts have returned to the venue made me very happy.

Jade Bird wasted zero time getting her fans going.  She took the stage and opened with “Open up the Heavens” from her latest album Different Kind of Light.  The upbeat song had the crowd moving.  It felt like the temperature in the room went up 30º in five minutes! She then moved quickly into “Uh Huh”, a single from her debut album.  The audience loved it.  It’s been a huge crowd favorite at every show I’ve seen of hers.

When greeting us, she mentioned that Salt Lake City is her favorite city in America. It’s fair to wonder if artists say that to every city when they pass through. But I know that Jade Bird does love playing here.  She’s done Q & A’s on social media or live streams and whenever people ask what her favorite city to play is, Salt Lake City always comes up.  So I believe her.  “Who’s seen me before in Salt Lake City?” was returned with a large ovation.  It appeared that many inside The State Room were seeing Jade Bird for at least the second time.  I did enjoy seeing a healthy number of first-timers to the Jade Bird live experience.

Bird played a slew of songs from Different Kind of Light in the first half of the set.  Songs like “I’m Getting Lost”, “Punchline”, and “Houdini” seemed to really connect with the audience.  It was refreshing to see audience members get excited about songs from a new album.  So often I’ll be at a show and the band will say something like, “We’ve got a new one for ya!” and beer lines triple in length.  People were there for Jade’s new songs.

Before playing the title track, “Different Kind of Light” Bird told us that it felt like it had been ages since she’d been in Utah.  And that it was so good to be back.  We couldn’t agree more, Jade.  She shared with us that the opener came backstage after their set and said that this has been the best crowd they’ve had.  She wanted to play a song for us as a thank you.  The stage emptied leaving just Jade and guitarist Luke Prosser.  They then proceeded to perform a cover of Radiohead’s “Black Star”.  Bird released the track on her RCA Studio A Sessions three-song single.  I was really hoping she would perform the track.  It was a huge highlight in the show. The crowd was silent and just totally captivated by the moment.

The rest of the band returned to the stage and Bird told us, “I’m ready to lose my voice for you tonight!” as she dove into “Headstart”, possibly my favorite song of the new album.  The great thing about live music is the ability to tinker with a song, rearrange it a little or extend it.  Jade did just that with “Headstart”.  The band vamped the intro as the audience clapped along, while Bird introduced her exceptional band.

One of the many things I’ve liked about seeing Jade Bird live is getting to see her backing band.  Some people have come and gone, some are the same, but whoever is in the band, they’re always great.  I think this current lineup might be her best.  They seemed to be the right mix of musicians to play Bird’s music live.  I love the groove to “Headstart” so I was happy she chose this song to introduce her band.  The audience was really moving.

Jade’s voice is impressive.  She has so much power and range.  I don’t know how she sings like that every night!  She sounded so good throughout the set.  If there were any signs of her voice being tired from the tour they were minimal to nonexistent.  It’s common to compare one artist to another or a current artist to one of the past.  While there are some comparisons that could be discussed, I think Jade’s voice goes beyond that.  When you hear her voice, you know it’s her.  There is no confusion about who’s singing.

Bird appropriately dedicated, “Candidate” “for the ladies”, and then moved into the climax of the show.  Different Kind of Light is an awesome sophomore album for Jade Bird but like it is for any artist, there are those initial songs that people fell in love with.  Bird clearly recognized this so she packed the end of her set with these songs.  “I Get No Joy”, “Lottery” & “Love Has All Been Done Before” are huge songs from the debut album.  The crowd was singing along and just feeling the power from these songs.  The ovations grew louder and louder as she performed each song.

Jade Bird returned for her encore to a roaring audience.  “You never fail me Salt Lake City!” she stated.  The night ended with “Going Gone”.  The connection between the crowd and the stage was at an all time high.  Jade ditched her trademark white acoustic guitar, now donning a black stripe through it, and proceeded to headbang during the instrumental parts.  The crowd was borderline rabid at this point.  What a way to end the show.  I saw fans catching their breath as Jade left the stage.  It’s hard to believe but Bird blazed through an 18 song set in around an hour. I couldn’t believe it had gone by so fast.

Following the show, Jade came out and signed merch and visited with fans for a while.  It was so cool to see how genuine and authentic she was with her fans.  She took time to visit and it never seemed rushed.  It was so good to have her back in Utah.  Here’s hoping we see her back soon.