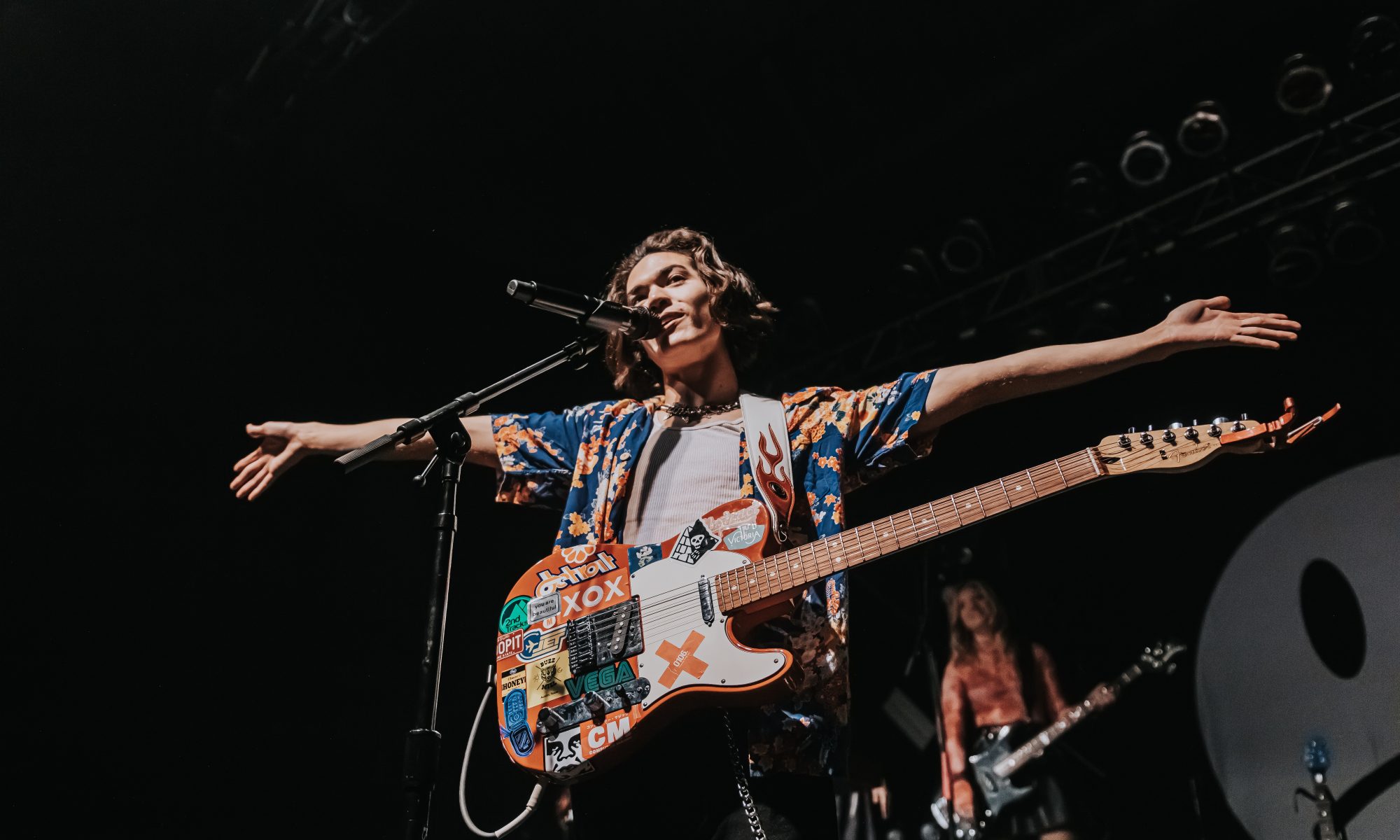 Last Wednesday Conan Gray sold out The Depot in Salt Lake City, Utah, which is no surprise considering he’s sold out nearly every show on the tour so far. Even the cold, winter weather couldn’t stop fans from lining up early, outside the venue in hopes to get a spot along the barricade. So many fans had glitter and stars painted on their face and were dressed to fit Conan’s aesthetic. If you don’t know who Conan is, he’s the cutest, 21-year old, fluffy-haired singer with a vintage style that fans adore. A lot of his fans have been following and watching him since his YouTube days, which is where his fame started.

Once doors opened and once everyone snagged a good spot it was showtime. The opening band was Benee and all I can say is wow. She was different, refreshing and unique. Her sound was super playful but also deep and low. I had no idea who this band was, but to my surprise a lot of the crowd did! It’s always a better flow to the concert when the crowd vibes and knows the opener. It helps get the crowd energized and ready for the main act. Her dance moves were interesting and you could tell she and the band were just having fun on stage.

After that, it was time for Conan. To be honest, I was very excited. I’ve been listening to Conan Gray since his first EP released in 2018. I’m a genuine fan of a lot of his music, especially of his new single, “Maniac”. It’s my go-to jam right now.

Lights went off and the giant, blue frowning face illuminated and made the crowd start screaming. Conan ran out on stage and started the set off with “The King”. From the get-go he was super energetic, running around and jumping on different levels of the stage. He can also do some major high kicks! That made fans go wild. When “Generation Why” started playing I had to remind myself I was in the pit taking photos because that song is so so good and I just wanted to sing along to every word! It’s one of his biggest songs and definitely a fan favorite, for it defined a whole generation, us millennials.

Throughout the whole performance, Conan just had the biggest smile on his face. You could tell he was genuinely enjoying what he was doing, and vibing with the crowd. He was very personal with the fans and interacted a lot with them. At one point after the first few songs, the fans started singing Happy Birthday to him. It was really sweet and you could tell he was really touched. His birthday wasn’t that night, but it was the following day. He thanked SLC with his hand over his heart and said: “thank you for the early birthday wish”.

Things slowed down a little bit when he went into “Comfort Crowd” and “Lookalike”. If you looked around the entire venue, everyone was singing along to every word. The crowd just wanted to get closer and closer as people leaned over the barricade, yelling “I love you” and taking photos.

The amount of energy that Conan has is insane. He kept dancing all over and kept doing his high kicks and high jumps. I think the crowd really helped him out. It was a jumping sea. When “Maniac” came on, everyone lost it! He has to be one of the best stage performers I’ve seen. He really sings with passion and feels his music while he’s performing. That’s special and not every artist can do that. It was a great show!

I Know A Place