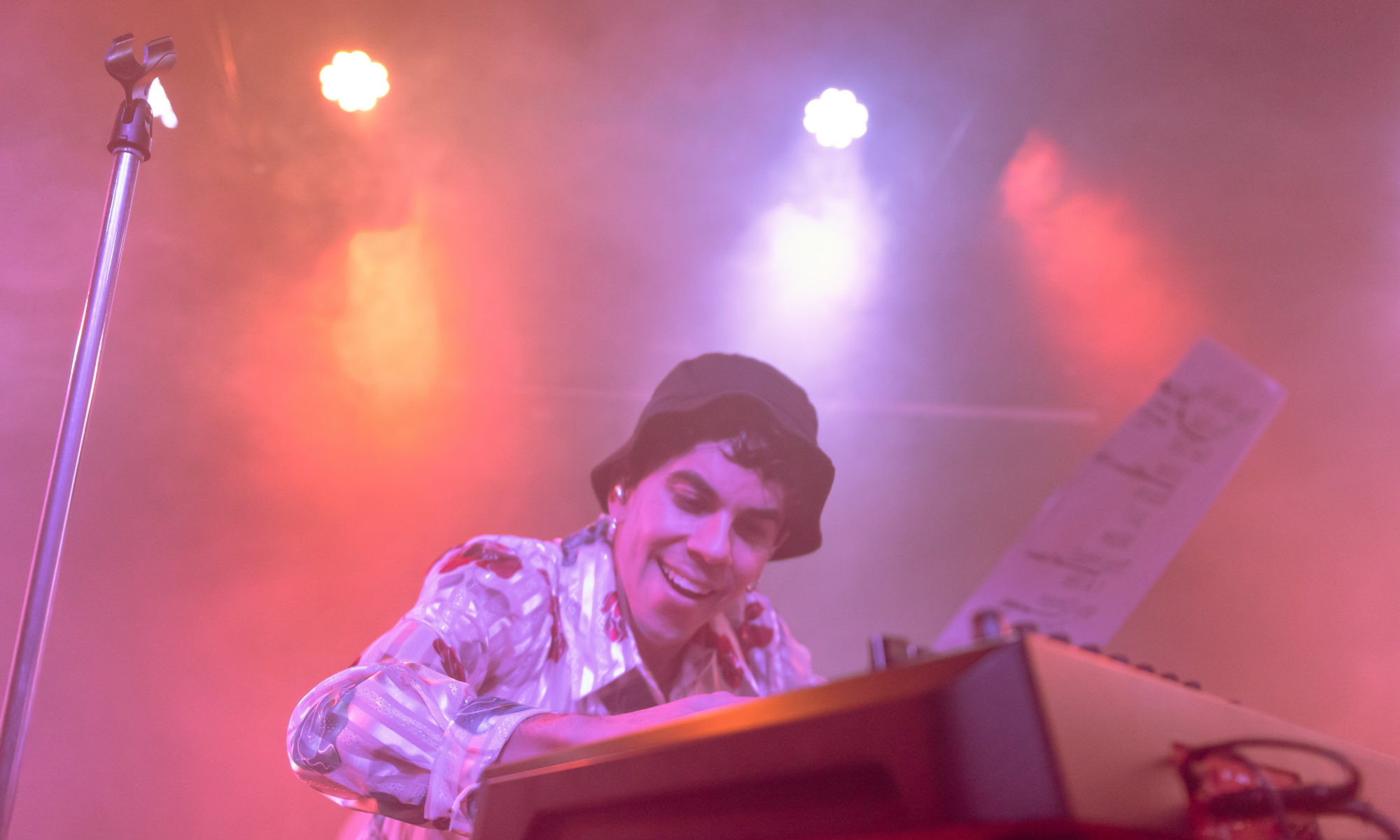 I asked some of the people around me if they knew who the opener was. Some people knew the name of the band but hadn’t heard any of their music. And most people didn’t know the opener was at all. So it was going to be a surprise for everyone, and oh boy, it was definitely a surprise! Soleima came on stage and instantly got the crowd pumped. They are a band from Denmark and the lead singer was so quirky and filled with so much energy! “She’s got one of the most distinct voices in the electro/alt-pop spaces, casting an enigmatic spell with the music she’s introduced over the past few years. She’s the indie-pop musician everyone is talking about in Denmark, now finally gracing the US. Soleima is a true musician who writes all of her music based on personal experience which pairs perfectly with the tune of her fascinatingly off-kilter vocal tone.”

Soleima danced all around the stage and loved speaking to the crowd. At one point, she overheard someone say it was their birthday, so she had the whole venue sing her Happy Birthday. Other times in the night she jumped in the crowd and danced with the audience. Her voice is beautiful and Soleima states they were releasing an album next month, and honestly, I’m stoked about it!

When Electric Guest came on, the whole venue went dark and cheers erupted from the audience. Asa and the rest of Electric Guest came on stage and immediately started dancing and grooving around on stage. He has some serious moves! It’s always great when you can tell the artist is having so much fun on stage, it makes the show that much more enjoyable to watch. After a couple of songs, they performed their beloved song, “Dollar” and in the middle of it, they threw out Electric Guest dollar bills into the crowd! I love shows that interact with the crowds that way, it makes it exciting! Now when I say they were moving nonstop, that’s not an understatement, you could tell how hot Asa was getting on stage because he unbuttoned his shirt but that didn’t stop him from dancing. Frequent concert-goer, Christopher Matteson, 46, said, “The show was amazing front to back. Soleima won me over almost immediately, having never heard her music previously. And I think I’ll be exhausted for days the way Electric Guest get everyone dancing. Made me feel half my age!”

It really was a great sold out show!