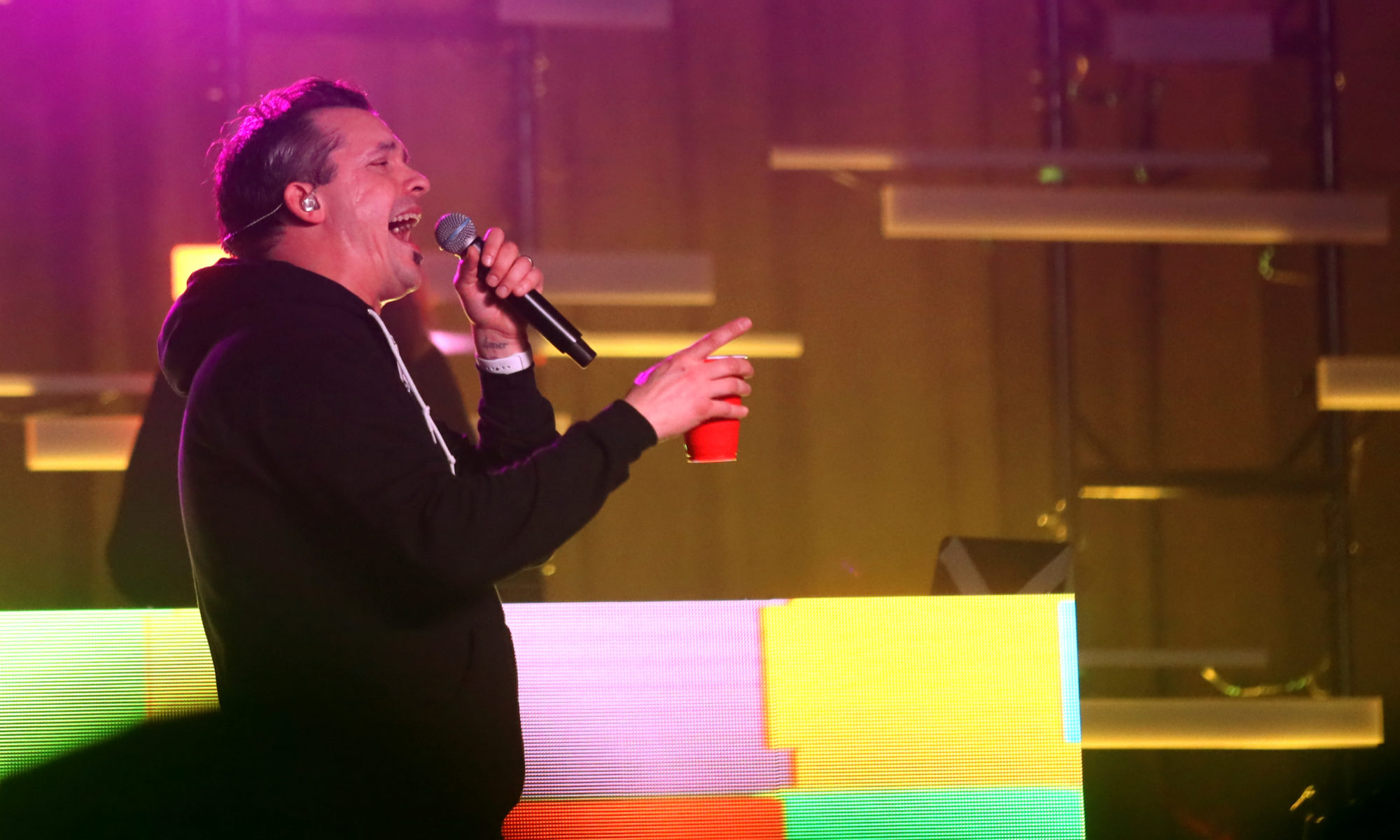 “I love you,” Slug (Sean Daley,) says to the Union Event Center crowd on a grey, late winter night. Then he says, “If there is one thing I want you to take away from this show, just one thing. We are Atmosphere, and we make music!” He then dropped into ‘Onemosphere’; an eruption from the crowd shook the building as we hummed along.

The entire night was everything I had hoped and more; the city of Minneapolis, led by my favorite rhythmic duo shaped a night I had only dreamed of. Rhymesayers Entertainment and the Midwest showed out nothing but love and talent for the Rocky Mountain West this Valentine’s Day. This show meant more to me than very many I have been to this last year. Atmosphere has gotten me through some of the hardest times in my life simply through the therapeutic stories Slug illustrates within his verses and Ant. through his beautiful beats and changes. Ever since 2004, the first time I had ever heard ‘God Loves Ugly’, I had wanted to do nothing else besides write and put everything I had into free-form poetry. Sean Daley had a way to tell a story with a twist in his lyrics that I had encountered in no other artist, or any writer, even.

Since then I feel my journey through life has somewhat mirrored Atmosphere’s, or the characters that inhabit their stories. Any time within the last five years, I could be found either rapping along with Slug as I skated down the city streets or reflecting alone, as I listened for the hundredth time to ‘Southsiders.’ This is why their music is more than relevant it is personal; because these tracks are nothing but real and heartfelt. This tour is nothing more than one of the best examples of independent, tight-knit and supremely talented labels that loves nothing more than sharing their abundantly human experiences in life, through the beautiful art-form of the rhythmic word.

This Valentine’s Day was nothing short of a spectacle, to say the least. Being a fan and being able to review and help others immerse themselves within Rhymesayers entertainment is nothing short of an honor. Nikki Jean was the first on the roster for the Wherever Tour. Every single one of these artists is an act themselves, and yet to be together and presenting such a force of talent as well as writing music through their travels and experiences is a treasure. Nikki Jean was entrancing. Simply allegorical, as she smiled at the crowd with love and genuine happiness, she mixed and sang and flowed seamlessly, another testament to Slug and Rhymesayers in being an encompassing and complete musical powerhouse.

Then, DJ Keezy came up to the stage, mixing for the rapid and intellectual, The Lioness. She introduced Salt Lake and The Lioness attacked the stage and fired off track after track after track. So fast, we had no idea what to do besides vibe with her and scream our voices hoarse. I began to think about ideas on how I would describe her Jamaican style; a style I can only describe as Conscious Rap with an unrelenting rhythm and personal feel. DJ Keezy kept the beats moving and hyped the crowd in between tracks. I was and still am, amazed by the cohesiveness of this label to support and challenge one another. Sad as I was to see The Lioness and DJ Keezy vacate the stage, but not our hearts; the excitement building within my spirit was about to pop. Atmosphere was here.

Blue lights bounced off every wall and surface. Tables were already spinning upstage, just waiting for the skilled hands we all knew and loved. Then Slug himself materialized from the blue within the beams of light and the decks upstage from him were inhabited by Ant. All of the songs I had known, loved and hated; songs to which I had broken so many things were there in front of me. I almost couldn’t focus long enough to take the photos I needed as I screamed “F*ck You, Lucy!” with all the fans in the Union Event Center. He didn’t take many breaks during the twenty-five song set, mostly just to say “I love you,” and to make sure we knew that Minneapolis will always be associated with being a pinnacle in musical excellence.

Atmosphere has never subscribed to one genre. From Hyphy to Jazz and Conscious Rap, Slug and Ant, strive to keep their style eclectic and unique. The Wherever Tour is no different. Featuring the best from Minneapolis and keeping it real with all of our favorites. Atmosphere is a group that will always evolve and always amazes. I think that Atmosphere is somehow, just getting started.