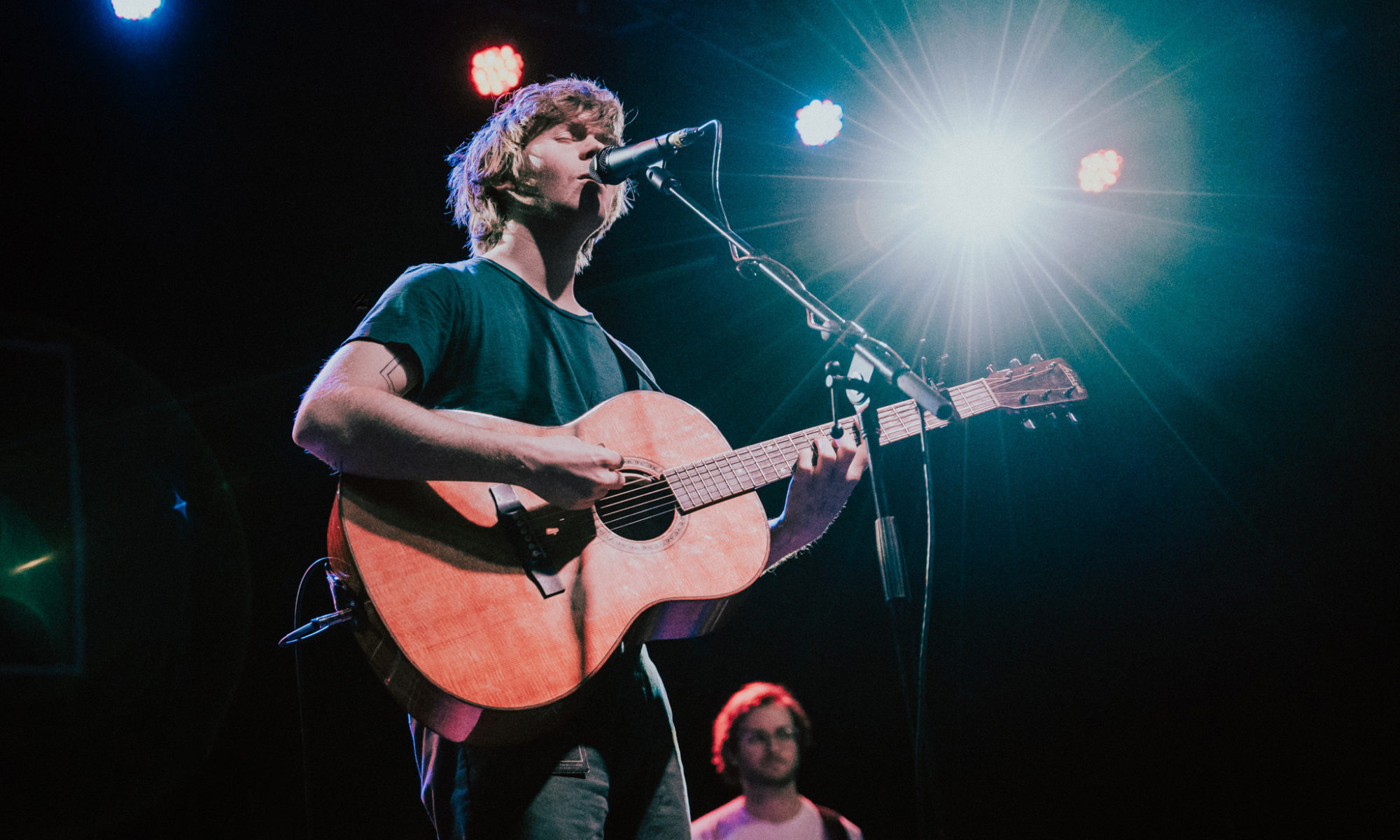 Saturday night at the Complex focused on the comeback of a band that sincerely wanted to make amends and a crowd that was ready to forgive. Pinegrove, an indie-folk band, made a stop in Salt Lake City to promote their newest album release, “Marigold”, based on their experiences over the past few years.

In 2017 Pinegrove’s lead singer, Evan Stephens Hall was accused of sexual coercion and Pinegrove took an indefinite hiatus. To be honest I’d all but forgot about Pinegrove until I heard that they were passing through. It’s interesting to write about a band that you’re unsure how to perceive. There was never a definitive resolution to the allegations and more information continues to surface about the claim. But, since the band’s return, Hall has continued to be transparent in his apologies. I was curious to see if fans would turn up with the same sentiment as they might have a few years ago, passionate and overly enthusiastic towards the band, or if this controversy would create a more hesitant and reserved atmosphere. Luckily for the band, it seemed as though his attempt to make amends is working. The show was nearly sold out and the crowd was eager and excited. Loyal fans lined up over an hour before the venue opened for front row access and there was a constant stream at the merch table throughout the show.

Whitney Ballen kicked things off. Despite being quiet and reserved, her voice was powerful. There was a haunting chill to some of the notes she hit and the crowd cheered her on throughout her set. Her style blended perfectly with Pinegrove and it was a great way to start off the night.

Pinegrove opened their set with “Old Friends”, a crowd favorite. At first, I questioned why they would start off with their most popular song, but whether intentional or not, I realized it was a great choice. It reminded fans why they loved Pinegrove, bringing them back to the moments before things went south. The crowd was immediately engaged and sang along passionately to every word. Whether they’d forgiven Evan or not, they showed up in full support. As the song came to an end, Evan greeting fans with a quiet smile and said, “we’ve got a total of 22 songs to play for you tonight”. The crowd screamed and they continued on, playing “Rings” and “Intrepid” off of their “Skylight” album released in 2018.

They soon moved on to songs off of the Marigold album. The indie-folk band blends styles of rock, alt-country, and emo together. They’re known for their literary yet conversational lyrics, driven by honesty and emotion. Marigold shows a more stoic and melancholy side to the band. It’s obvious that the events of the last few years had a profound impact on this album, bringing out a more subdued and darker side to their sound. They started with one of the brightest songs on the album – “Spiral”. A mere 0:56 seconds, the melodic tune reads similarly to a poem with thirty-two amphibrachs, three-syllable lines with a short cadence. You can hear the country tone in Evan’s voice. They continued on with “The Alarmist” and “No Drugs”.

The crowd continued to stay engaged and excited throughout the night, often shouting compliments to Evan. He stood front and center on the stage while the rest of the band retreated into the background. They played “New Friends” for the first time on this tour and some of the lyrics seemed to be more applicable today than when they were originally written. Evan sang out “I resolve to make new friends / I liked my old ones / But I f*cked up so I’ll start again”. The crowd happily sang along song after song. “Morningtime” caused an uproar as Evan sang out “what if I went down to the pine grove”. You could hear the twang in Evan’s voice as they played “Phase”, which was more reminiscent of a country song than most of their other work. Zack Levine, originally part of the core duo of the band with Hall, impressed on the drums.
As the night came to an end, Evan paused to address the crowd. “Thanks for being so kind to one another,” he remarked in a genuine, sincere tone. The band didn’t leave the stage but instead, introduced that it was time for their encore. They played two more off the “Marigold” album – “Alcove” and “Endless” and 22 songs later they closed with “Visiting” from the 2016 album “Cardinal”.

There are plenty of fans out there who moved on to the next indie-folk band when Pinegrove was caught in controversy. But, for those who stuck around, this tour clearly aims at asking for forgiveness and reminding fans why they fell in love with Pinegrove to begin with. As we walked out of the venue, all around me people raved about the performance. And they were right – great music combined with a relaxed environment full of passionate fans made for a fun evening. If Evan continues to be sincere and transparent on his path to forgiveness, I have no doubt Pinegrove will continue to be a success.