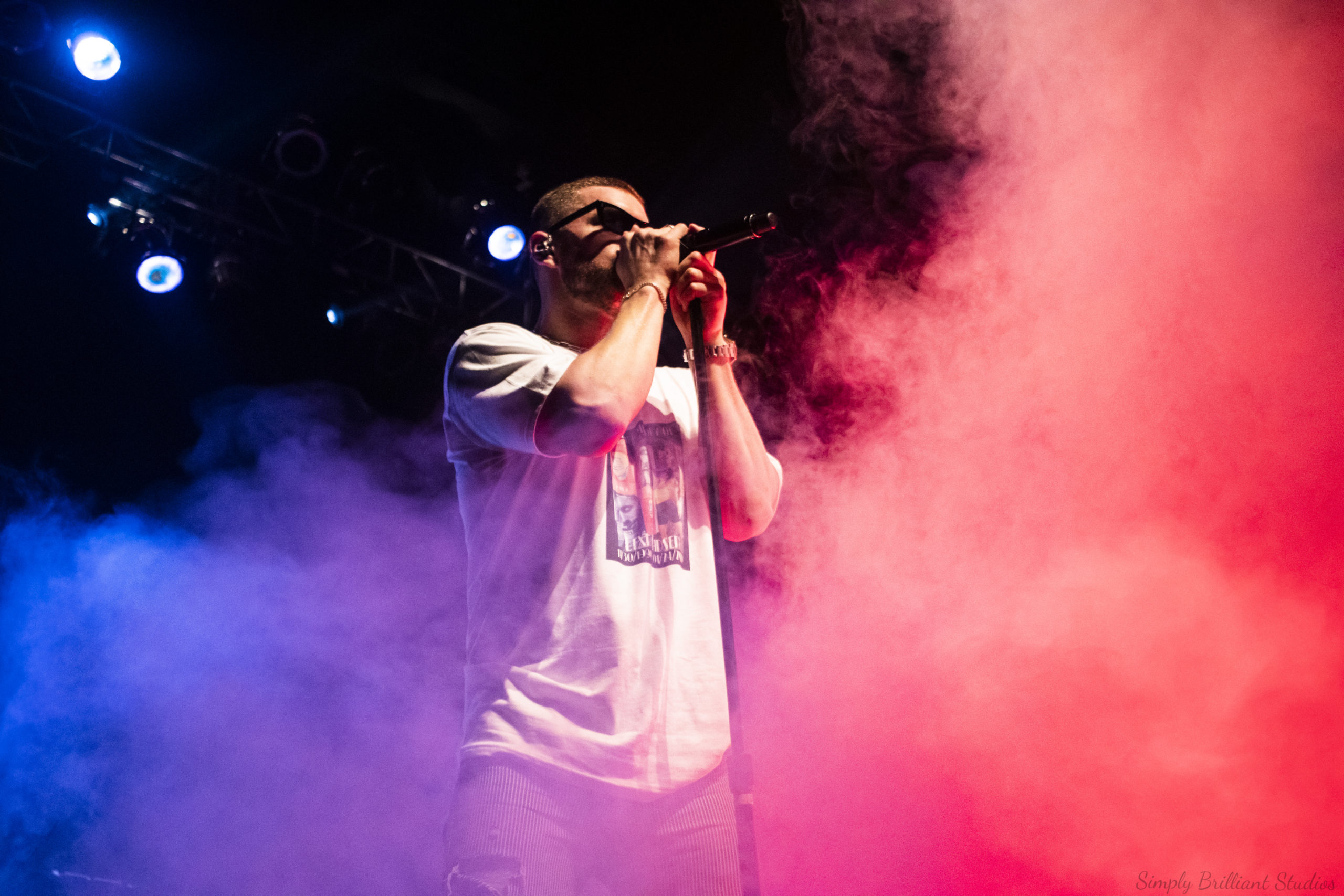 A quick DJ set was performed to hype up the crowd by DJ Blake Russ and then duo Gianni and Kyle came out. They have a cool and unique music style, combining acoustic guitar type beats with some lyrical rap. Gianni’s great singing voice is complimented nicely by Kyle’s impressive rapping.

They had a lot of energy bouncing back and forth across the stage as they performed some of their big hits such as 5 shots, no games, and pop pills. A personal highlight that I enjoyed from their set was their most popular song “do u even miss me at all?”Gianni and Kyle have such a big appreciation for their fans and have actually DMed me and a few of my friends as well. They announced that they would be taking photos and meeting fans at the end of the show.

There was a short break and I talked to a few fans in the front row. When asked why he liked Marc E Bassy’s music, fan Kaleb (age 18) said “I don’t know, I think it’s the fact that’s he’s such an amazing singer but also can rap really well when he needs to. It’s an awesome combo!” I spoke to a girl with a meet and greet pass and she told me about how when she had met Marc earlier that night she gave him a custom shirt which was a tribute to her friend who was a huge Marc fan and had recently passed away. A true display of what kind of person Marc E Bassy is, was when he came out I noticed he was wearing the shirt the girl gave him. He even dedicated the song “You & Me” to the girl and so knowing the girl who gave him the shirt made the moment really touching!

A lot of singers walk back and forth across the stage but Bassy was an exceptional performer. While he moved around, jammed out with his guitarist or slid on his knees while singing an emotional part of the song his vocals still remained on point! His smooth voice is so pleasing to hear! While a lot of his set featured songs off of his recently released album PMD, he also performed some of his earlier songs such as “Just My Luck” and “NASCAR”.

If I had to describe the concert in two words I would have to say “feel good”. As a large name in the newer genre-blending pop, R&B, hip hop, and punk rock, (often referred to as anti-pop) Marc is continually making amazing songs and even though I had already seen him live twice before, he is always bringing something new to the table!