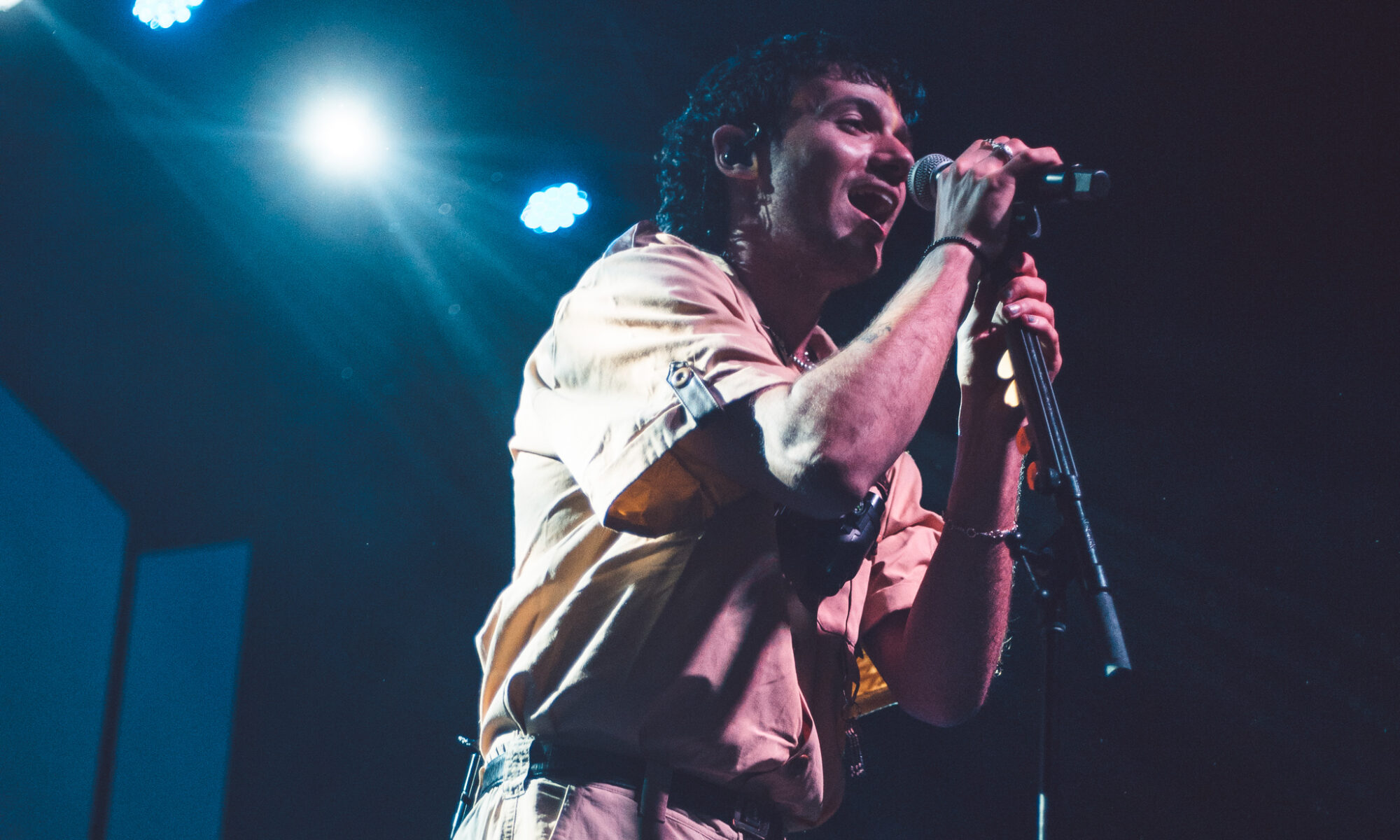 The Complex was home to another sold-out show. The room filled up quick with excited fans ready for Jeremy Zucker! I’ve always loved how relatable Jeremy’s lyrics are. I think that with that combined with his beautiful voice, we were all in for a treat that night.

Being the night before Halloween, opening act, Valley Boy came out very very slowly in a sloth costume. I’m not sure what I expected him to sound like but the moment he opened his eyes I was pleasantly surprised! Accompanied only by his guitar, he put on a very chill show and had a really pretty voice. Everyone in the crowd was captivated and although we weren’t familiar with his music. It was an awesome opening set! I got the chance to meet with him after the show and he shared that it was his first time in Utah, and what a great crowd to welcome him to our state!

Next up was Del Water Gap. He was joined by a fantastic band. I wasn’t familiar with his music before but after his killer set, I had to look up some of his songs! His voice reminded me somewhat of Foster the People’s lead singer Mark Derek Foster. His music gave me a beachy vibe. The girls in the front row were loving his showmanship and style. Even in a silly emoji costume, he had rockstar energy about him! One of my favorite moments from his set, was when he went back to back with his guitar player and they absolutely shredded it!

A low humming sound started and then music began to play. Jeremy came out and everyone went crazy and began singing along! During his second song “Therapist” you could hear every person in the crowd screaming the words! Jeremy’s voice sounded just as good live as it does on the track he really is a fantastic singer!

After the smash hit “All the Kids are Depressed” many of the songs at the beginning of the show were from Zucker’s latest album Crusher. Jeremy’s music really showcases his personality and that is evident in his live performances as well! Throughout the set, you could see Jeremy smiling and genuinely enjoying the crowd.

Rocking a safari costume (it was a cash grab when he tossed the hat into the crowd) Jeremy played through his extensive catalog including “Come Thru”, “Not Ur Friend”, and “Full Stop”. It really amazed me how everyone knew every one of his songs. I know I mentioned his lyrics earlier. I think because he sings so much about things we all feel that his music really resonates with people.

After an emotional performance of “You Were Good to Me”, Jeremy finished off his set with “18”, and “Supercuts”. The crowd wanted more though so he came out for an encore which was “Talk is Overrated”. Amazing show from an amazing talent!