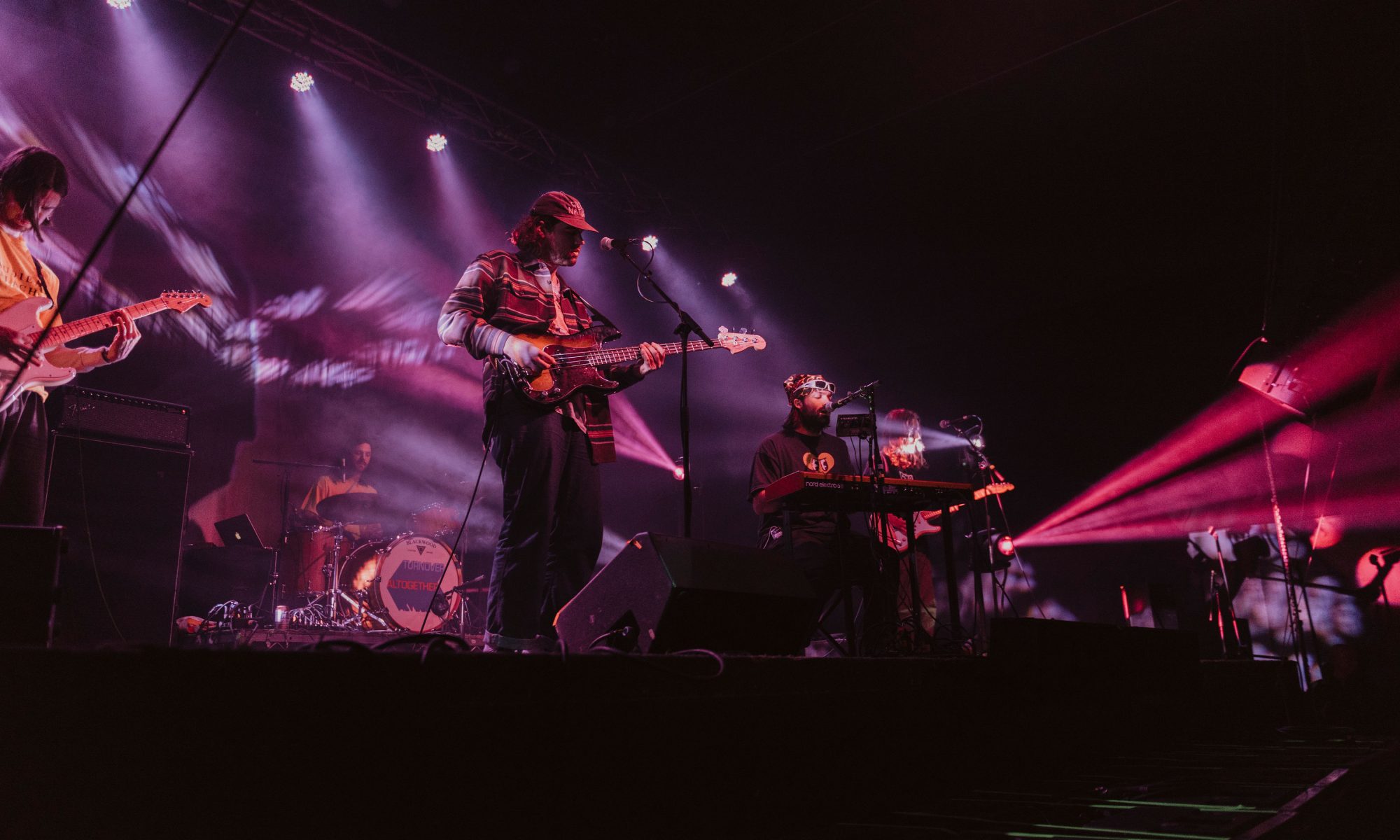 Turnover made a stop in Salt Lake City at The Complex this last Tuesday. The Complex never disappoints, and I think it was perfect for this show! The only other venue I think would be better and matches Turnover more would be Velour in Provo. If they had a venue that had the same mood as Velour but was the same size as The Complex, I think that would have been perfect for this show. The sound quality was great, and the lights set the mood perfectly. A lot of greens, blues, oranges, and reds were used. The lights were dim and came from behind creating really beautiful silhouettes. The dim lighting was hard to shoot in, but it really added to the experience of the concert!

Turnover is an Indie Rock band from Virginia. Their music is laid back yet upbeat and their crowd matched that energy. They have a very calm yet fun stage presence. The crowd wasn’t trying to shove to the front, instead everyone respected each other’s space and enjoyed the show. It was super easy to move around, and you never felt crowded, which is very rare in my opinion! I really enjoyed their performance and felt as though they were happy to be back in Utah. They mentioned their first show in Utah being back in 2012 at the Ogden Twilight festival and how much they love the area. I was sad that I had missed them when they came back to the Twilight festival in Ogden earlier this summer, but it made me even more excited to attend this show just a few months later!

Like I said previously, the audience was there to hear the music instead of pushing their way to the front and strictly focusing on that. Not many songs were sang along to, but I think it was because they were more focused on listening to the artist. I don’t think it was a bad thing that they weren’t singing along, I just think each crowd for each show is so different! My friend, Tucker Long, was also at the show and said, “My favorite part was when they played ‘Dizzy on the Comedown’ because it’s one of their more known songs and the crowd interacted the most then”. This show for me was personally one of my favorites that I have been to this year (and I’ve been to quite a few). The crowd engagement may have not been one like the one I saw at COIN, but I still think the connection between Turnover and the crowd was there and very strong. One of my favorite parts of concerts is seeing the crowd connect with the artist whether it be singing along and screaming or intently listening. These connections are absolutely beautiful, and this show’s connection was one of my favorite that I have witnessed. The thing that stood out to me most about this show was the audience. They truly played a big part in the experience of this show!

All in all, this show was beautiful and I am so stoked that I got to be there! I can’t wait for future Turnover shows! They are one of my favorite bands that I have seen live. If you have never been to a Turnover show or haven’t listened to their music, I HIGHLY recommend it. It’s the perfect music to relax to, listen to on a cloudy day, or study with for finals week;)