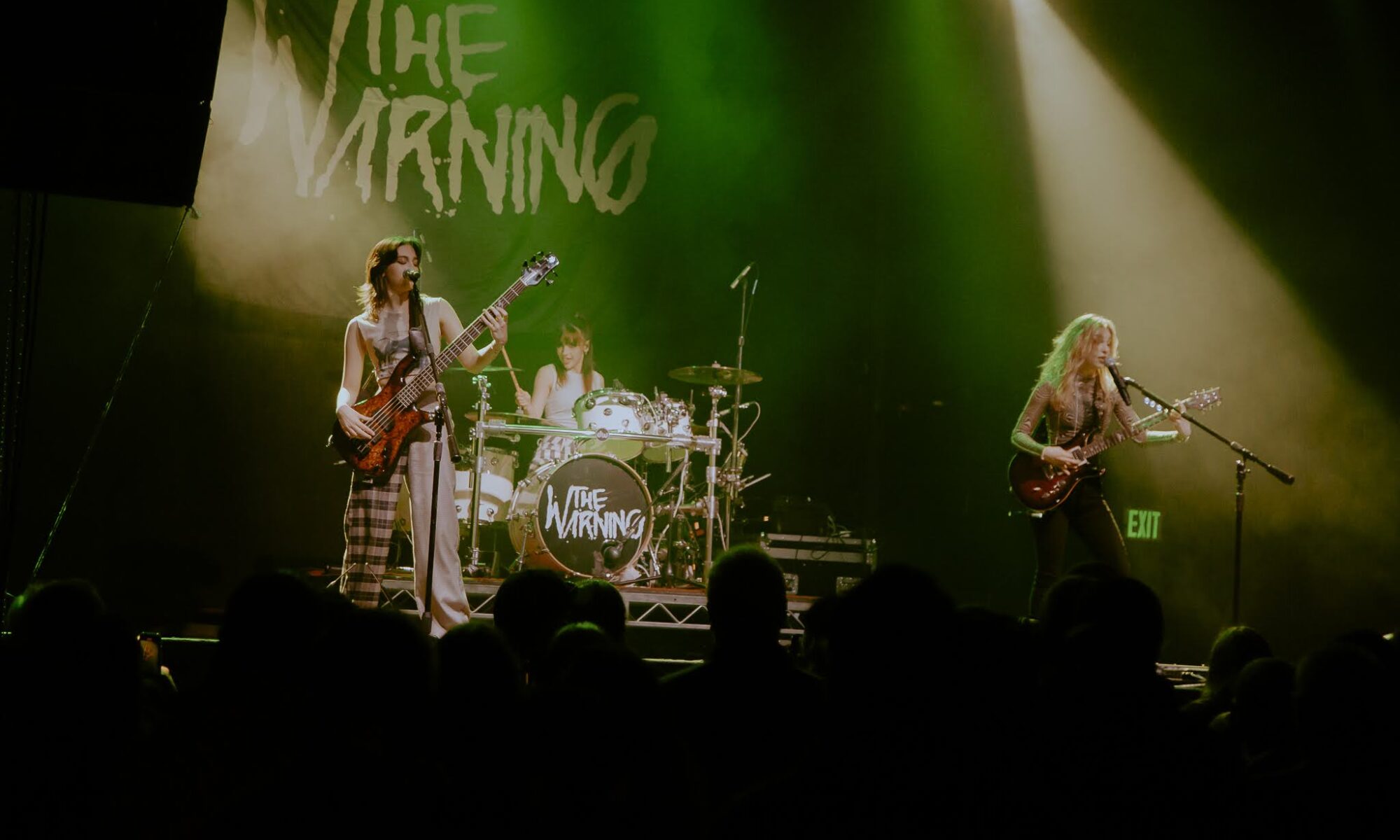 There is no doubt in my mind that the best way to start a week is with a concert. To top it all off is with a rock concert. That is exactly what I signed myself up for this last Sunday with The Warning headlining at The Complex. I hadn’t heard of either Devora or The Warning previously but I’m never opposed to hearing new artists. Especially if my first time hearing them would be live.

Devora started off the night. As the lights dimmed, her intro was a track of a western story of Devora. It was your classic lone ranger story. Devora stepped out in a red cowboy hat and leather flared pants that were bedazzled. This gave enough of a hint that the music she played was more of a country-rock style. Truthfully, I’d never heard of country-rock music before but the sound that Devora had, gave me a good first impression.

Her fourth song in she took a break and acknowledged the crowd. “This is my first time ever in Salt Lake City. You all have been so kind. Thank you for coming out early and checking out my set. This next song I wrote when I was really angry. Which I’m sure some of you can relate to. It’s called “Body Bag,” She definitely got the crowd warmed up and had everyone headbanging and rocking out.

Before she stepped off stage with her band she asked to take a picture with the crowd. Her guitarist introduced the photographer. “Everyone put your devil horns up! Our photographer is a hometown local for the picture. You’ve all been absolutely amazing tonight.” Their entire set there was quite some distance between one another in the crowd but everyone crowded together for the picture.

The Warning ran up onto the stage with a full burst of energy. The trio of sisters had the biggest smiles on their faces. It had so much built-up energy that it flowed from the stage to the rest of the crowd. Everyone cheered them on. Dany the lead vocalist greeted everyone, “Thank you Salt Lake City for showing up! We’re so happy to finally be here. After two whole years of rescheduled dates and a lot of changes. But thank you for sticking with it and coming to rock out with us.”

I learned quite a few things that night about this band. They’re from Mexico and they’re all sisters and they definitely know how to rock. For anyone that is a fan of Halestorm or The Pretty Reckless, The Warning is definitely a band that you want to check out. Which is a coincidence, because they’re about to head out on a tour with both of those bands in a few months here.

In their fifth song, “MONEY” the intro was beautiful because it was all three of them harmonizing together. We even got to hear them play a cover of a Metallica song, “Enter Sandman”. This is a cover that they’re known for and it was a big fan favorite that night.

Despite the long wait for the show to finally come through Salt Lake City, the girls didn’t disappoint fans in the slightest. They also had a wide range of a fan base that night there was its fair share of adults and kids in the crowd singing along and banging their head. For anyone who is a fan of the hard rock and alternative rock genre, they’re definitely worth checking out.

To follow The Warning or to listen to their music go to thewarningband.com

One Reply to “The Warning”