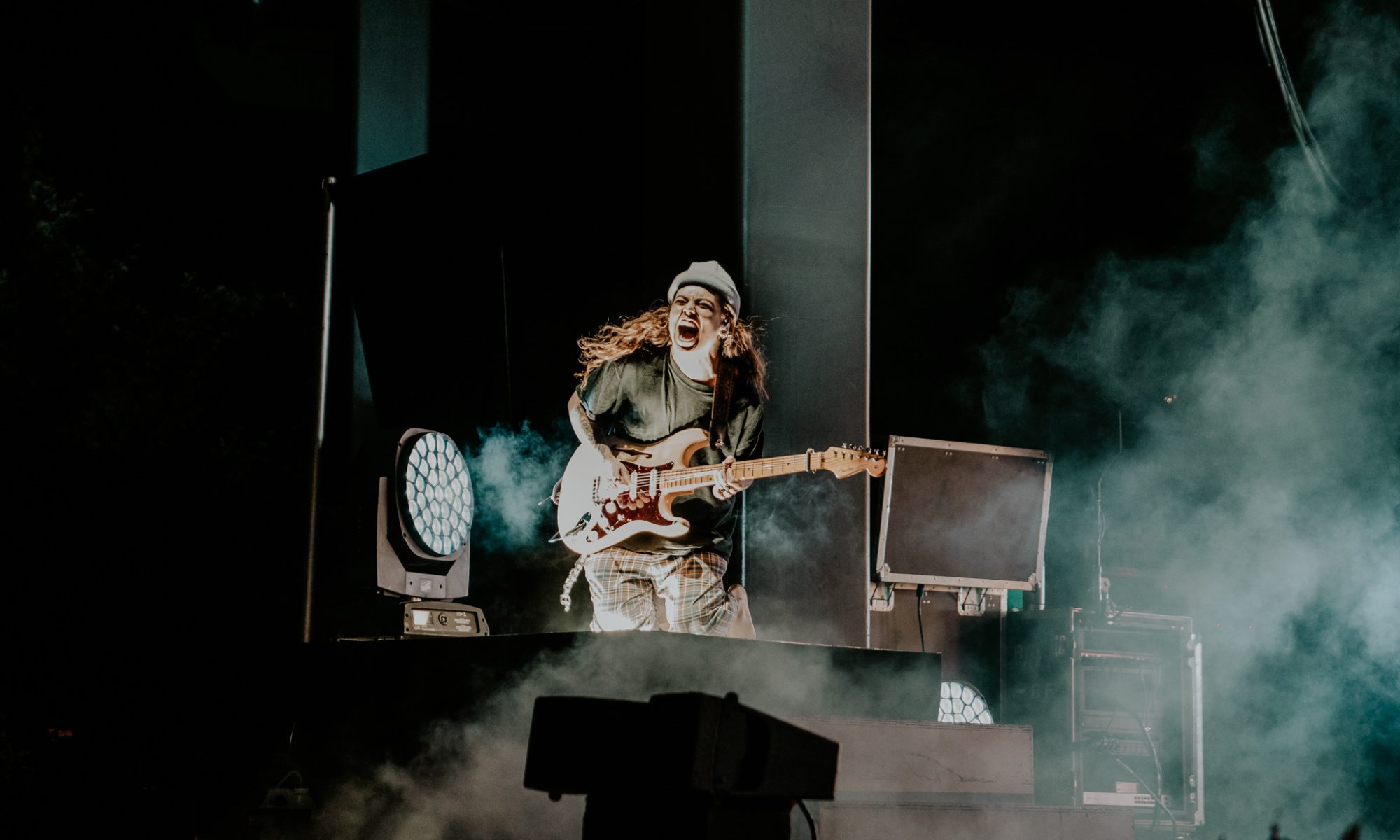 When I sat down after the show to write this review, I honestly didn’t know where to start or how to put into words the way that this performance made me feel. How do you begin to describe an experience so uniquely itself that there’s nothing to compare it to? How do you help someone who wasn’t there understand just how much this experience moved you or inspired you? I’ll try my best, but if nothing else, what I will say is that if you ever get the chance to see Tash Sultana live – take it. I promise it will be an experience you’ll never forget.

On Monday night, The Teskey Brothers opened the show at the last of the Red Butte Garden Outdoor Concert Series of 2019. From Melbourne, Australia, Josh and Sam Teskey formed the band back in 2008. Along with Brendon Love on bass and Liam Gough on drums, they’ve released two albums – “Half Mile Harvest” in 2017 and most recently “Run Home Slow” in 2019. You can hear the influences of Wilson Pickett and Otis Redding in their music – a combination of soul and blues-inspired beats.

The crowd was one of the youngest I’ve seen at all of the Red Butte shows I went to this summer. Josh Teskey, with husky vocals and a charismatic stage presence, had the audience clapping along as he played the harmonica. Sam Teskey jammed out with impressive guitar riffs to his side.  There was a certain old school feel to the music contrasted by a young group of musicians on stage. It was a great way to start the night.

The crowd was in high spirits and there was a buzz of excitement in the air as the sun went down. Through the fog, Tash Sultana appeared on stage, gazing towards the audience with a smile on their face. Sultana stood atop a platform of gear outfitted with an om tapestry and rainbow lights. Immediately, I knew we were in for a treat.

The most incredible thing about Tash Sultana is that it’s Tash and Tash only up on that stage. Everything that you hear, the vocals, guitar, drums, is a one-person show. Sultana recorded and looped themselves playing various instruments to create mesmerizing combinations of musical ingenuity. Each song wasn’t confined to the typical 3-minute window. Instead, the loops came and went, blending into one another as the music evolved and built on itself.

It was 30 minutes into their set before they paused to talk to the amazed audience. Sultana asked to turn the lights up to see everyone’s face, exclaiming, “this was the first gig of the tour to sell out”. They went on to tell the excited audience that they’re working on their second album. Sultana hinted that they may not be a solo act for much longer, stating that “a couple of other people will be joining me on stage next time, but for now, I’m hogging the space”. Elliot Frei, who sat outside the venue for over an hour in line to have a seat up front, said “The first and last time I will ever see Tash rocking the stage solo. It was damn right breathtaking. History in the making.”

Sultana went on to play “Notion” off of the original EP. As the music ebbed and flowed, Tash had an incredible way of pulling you into the moment. Through their facial expressions and body language, you could tell that the music flowed through their veins. They could not only hear the music but feel it. And even though I was just another person in the crowd, it felt like I was a part of that moment too. A moment that was so pure, completely driven by the power of music on the body and mind. I felt lost, mesmerized by the guitar riffs. Then, for a brief moment, Sultana would bring me back to reality and I’d look around at the crowd gazing at the stage, seemly lost too. I’d notice the chills running up and down my body. And soon enough, I’d be lost again, hypnotized by the chilling vocals that echoed “I’m calling hallelujah” throughout the audience.

Cara Wolf, a local to Salt Lake, said “Tash Sultana’s unique sound and talent echoed throughout the foothills last night. It was magical. At one point, I had to remind myself where I was and I was completely sober… so captivated by the music. Lost. I’ve never been to a show like this before”.

It’s hard to categorize Sultana’s sound. Blends of jazz, psychedelic rock, and reggae echoed throughout the night. The one-person powerhouse can play upwards of 20 instruments including the guitar, bass, and percussion. Sultana seemed like they could do it all – a trumpet on “Gemini”, sultry vocals on “Blackbird”, a mix of mandolin, and reggae inspired guitar riffs on “Jungle”. Just when you thought it couldn’t get any better, Sultana started pan flute beatboxing on “Synergy”. An array of pedals controlled it all, manipulating and blending beats masterfully. The creativity and passion that Sultana has is inspiring.

“Tash Sultana was more than a typical concert, it was an unforgettable experience. One of the best shows I’ve ever been to,” said Jordan Montano, a Salt Lake native. I think I have to agree. This may have been the best concert I’ve ever been to.

Tash Sultana is an enigma. Mysterious and elusive, yet mesmerizing and inspiring. They brought together people from all different walks of life, all different shapes and sizes, sexes and ages. Whatever you are, whatever you want to be, you’re welcome at a Tash Sultana concert. And you can see it throughout the audience. Sultana creates a place where everyone can feel comfortable sharing a common experience. One that’s powered by a love for music. What a way to end the summer concert series. As Tash would say, “Life is beautiful”.