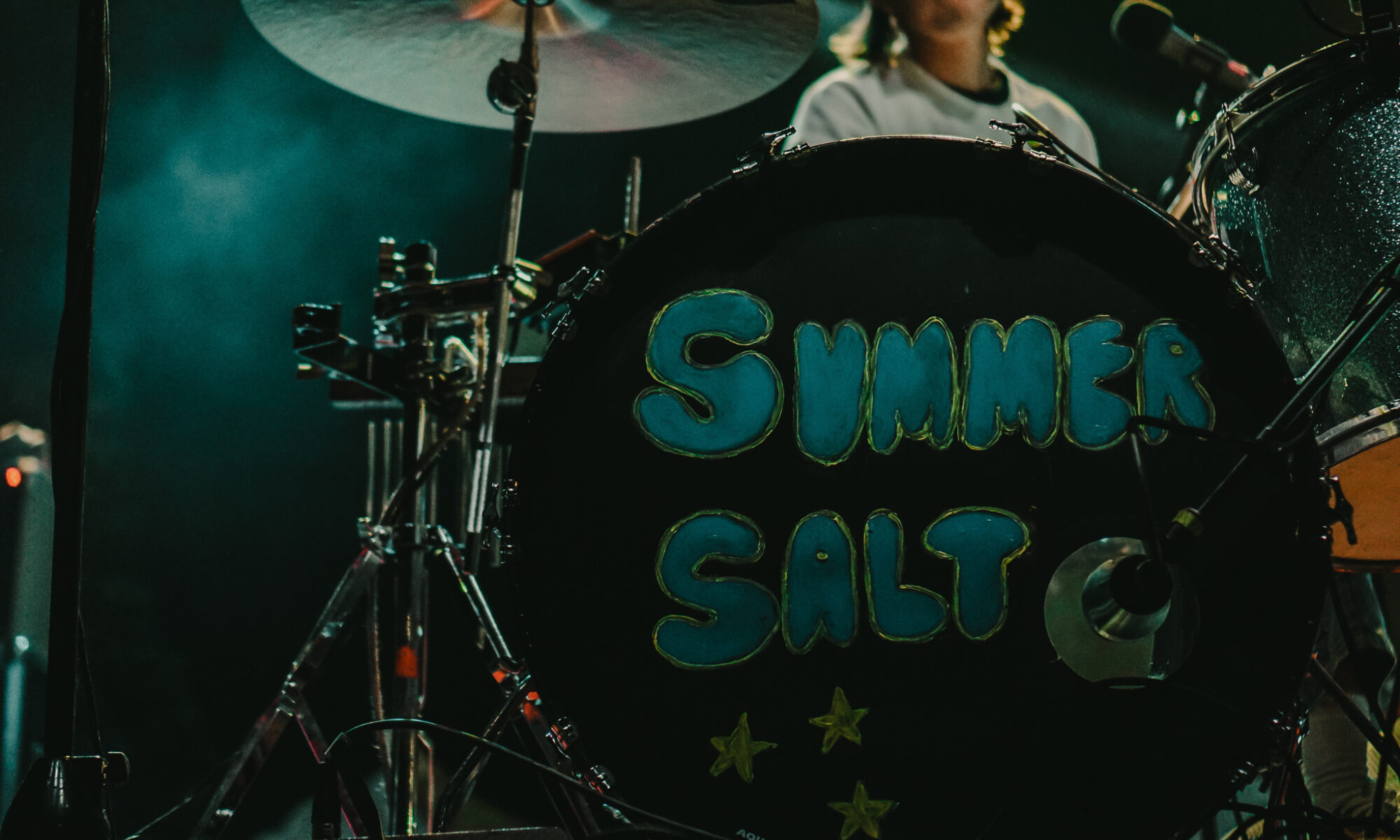 Summer Salt is an indie pop band with some rock tones. It’s a genre that I am not super familiar with. I definitely listen to a handful of these bands in the Genre but they’re not one that I am super experienced with so I was pretty excited to see what vibes this type of crowd puts out. As soon as doors opened at 7 PM people started rushing in and going to the barricade to get the best spot. Also, a hefty line for merch started forming as well. Within 15 minutes of doors, half of the venue was filled.

8 o’clock rolled around and British but Brooklyn-based artist Tom Freeman, also known as Covey took the stage. The crowd was very ready for him. Fans at the barricade had smiles on their faces looking up and watching as his energy increased. He had the crowd singing along with him. As his performance continued, there was a point where the Vocalist ( Tom Freeman ) stage dived into the crowd. Fans kept him up and it was so exciting for everyone. As he finished up the set he thanked the crowd and set up for Breakup Shoes started.

During the transition just hanging out in the lobby, there was a good line at the Covey merch table as the band was out and hanging with their fans. Just watching everyone, I definitely felt underdressed. This crowd is definitely an indie vibe, with purple bell-bottom jeans and a cute faded crop top. Boys in striped button-ups and the bottom of their jeans rolled up. I’m a little too emo to fit in this crowd, but the best thing is music is universal. You can listen and be into as many genres as you please.

Breakup Shoes came on and started their set. They are an indie band from Phoenix, Arizona. The crowd was yelling and very excited for them. They played a variety of their hits from the last few years, “Playing with Fire” ( 2019 ) But also played their recent EP Narratives, How it Goes, and their 2018 classic, ‘Unrequited Love & other cliches’. After their first song, Frontman Nick Zawisa checked on the crowd and helped get security to help someone out of the crowd that was needing attention. If you are attending any show, if someone goes down please help them up. Their set continued with Nick’s calming voice, and heavy bass. They definitely left an impression on the crowd. The lead vocalist had his hydro flask water bottle on stage with him and that was my favorite thing. I have a large, sticker-covered one as well. I take it everywhere.

The night moved on and a few minutes before 10 o’clock lights went down and Summer Salt made their way onto the stage. I was a big fan of their layout having them all closer to the front of the stage, including the drums. The crowd was ready with their hands up and the venue was fully packed. They started their set and the crowd was full of movement and vibing to the smooth vocals from lead guitar and vocalist Matthew Terry. They played one of their songs ‘Sweet To Me’ from their 2014 EP.

They continued into the night playing all their hit songs and had the crowd dancing and smiling the whole time. At one point of the night, drummer Eugene Chung jumped into the crowd and was letting the crowd hold him up and move him back towards the stage. They played “Candy Wrappers” off their So Polite EP and every person in that crowd was shouting every word alongside the band. As the night was coming to a close I was walking past a girl and heard her say her cheeks were hurting from smiling the whole night.

Summer Salt, Breakup Shoes, and Covey finished their fall tour with a full crowd, which they all mentioned was one of their best and largest crowds on this tour. They all gathered outside after the show and took time to greet fans and get ready to head back to their homes. Ensuring fans that they will be back to Salt Lake to put on another memorable night.  I might not have looked like I’m in the right crowd, but It was a night full of positive and energetic vibes for everyone involved.