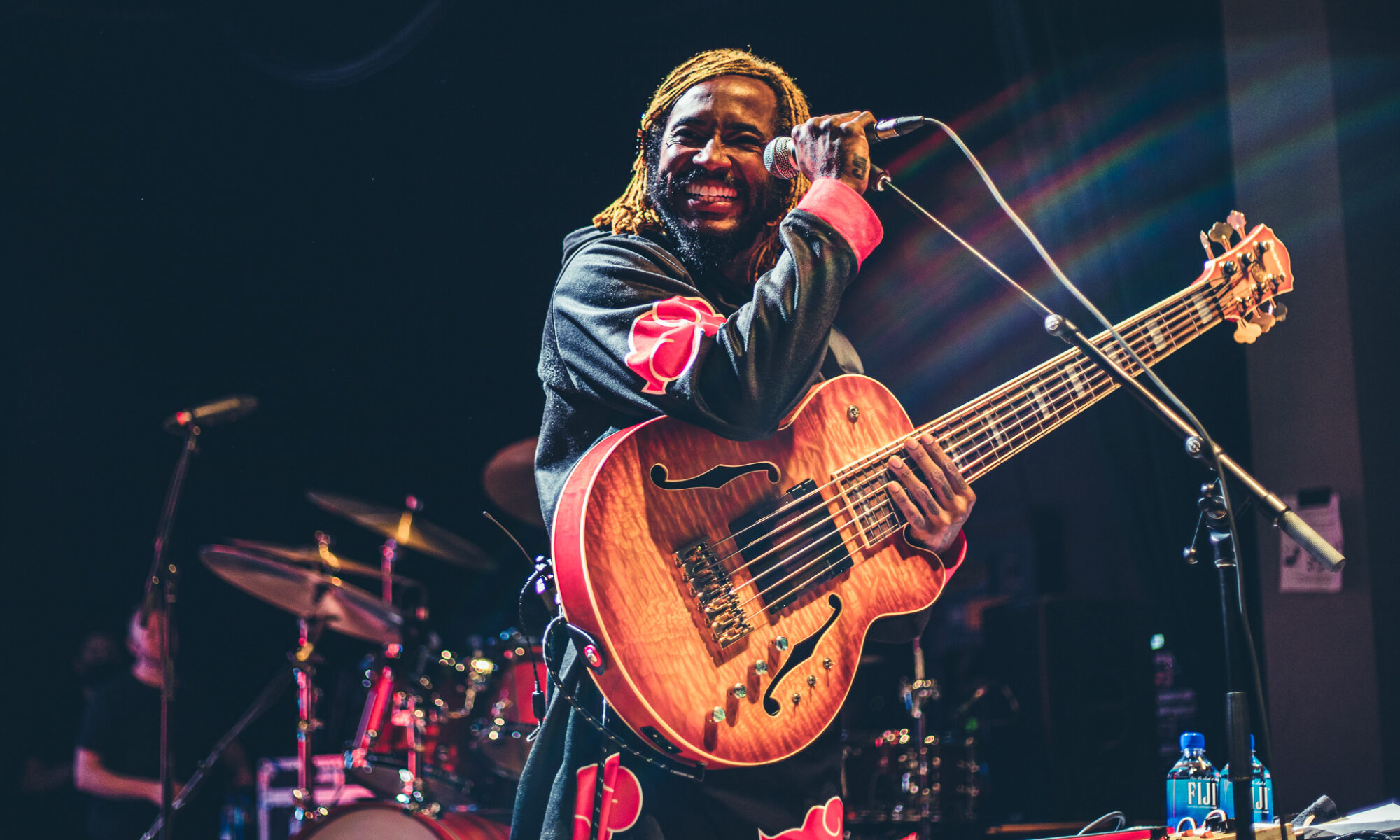 The Salt Lake Twilight series continued its impressive 2021 lineup with Thundercat and Remi Wolf at the Gallivan Center. The show was sold out so I made sure to arrive early. I grabbed a bite to eat at one of the rotating local food trucks that the event brings out. Many people had the same idea as me and quickly filled the venue well before the main act.

Shortly after opening band, Giraffula (not pictured) played, quickly rising pop star Remi Wolf took the stage. Her outfit was nothing short of amazing. Apparently, her band had spent the day walking around downtown Salt Lake City and bought a neon “doge” shirt. The two band members also had wild costumes that they had purchased earlier that day. At one point in the show, she talked about how nice it was to be able to walk downtown SLC. She loved being able to walk around and check out the cool shops and bars in the city!

She came like an absolute rockstar dancing and rocking to the music. Accompanied by a fantastic guitar player and drummer, Remi dove headfirst into her groovy and high-energy set. Some songs really stood out to me hroughout the set. “Disco Man”, crowd favorite “Photo ID”, and her new track titled “Liquor Store” were major highlights. I was somewhat familiar with her music but it wasn’t until I witnessed her live that I realized how amazing of a singer Remi Wolf is. She would go on runs hitting absolutely amazing notes with a little grit to her voice that you can’t quite notice on her studio records. I thoroughly enjoyed her entire set and have gone and found a bunch of her songs to save to my Spotify library.

With Remi’s set being so great the energy in anticipating Thundercat was off the charts! The center was extremely loud when Thundercat came on! He walked in from the side of the stage with his drummer and keyboardist and immediately began grooving on his famous 6 string bass. While Thundercat is more well known for his role in writing massive hits with artists such as Ariana Grande, Flying Lotus, and Mac Miller, songs released solo by Thundercat are still very popular and he has quite the fanbase.

You can really tell when an artist truly loves music. Thundercat was a perfect example of a true music lover. He was on stage making the extremely difficult bass riffs look effortless. At one point in the photo pit I stopped taking photos for a moment to just admire how quickly his hands were moving across the strings. Like they have probably millions of times. Thundercat’s passion really shows while performing. His face often was extremely concentrated and the way he moved with the music you could tell he gets really into it.

Thundercat’s music is nothing like a lot of modern artists but he still finds great success with younger crowds. Most of the songs were from his Grammy-winning album It Is What It Is. He performed tracks such as “Interstellar Love”, “Dragonball Durag”, and his closer was “Funny Thing”.

Before he performed the song “I Love Louis Cole”, he told a heartfelt story about their friendship and you could really feel the emotion. He performed for over an hour and it was just a night full of groovy beats. I think the energy of that show was one of the best I’ve experienced in a while!