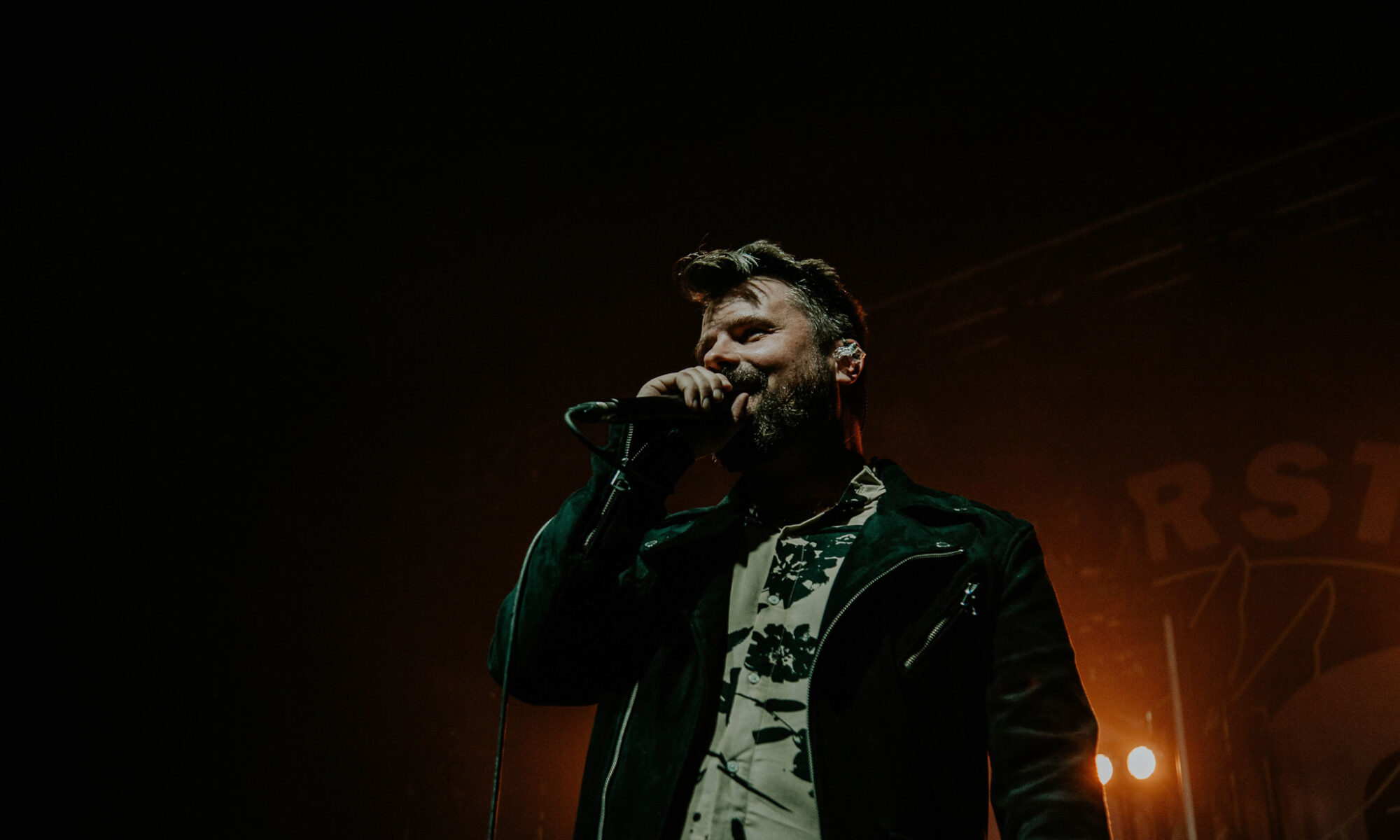 Can’t Swim started off the night first. They were a band I had seen many times in the past. When I first heard that they were added to the lineup I was excited to see them play such a big tour and another big venue. I first saw the American band perform at The Loading Dock. Something that had stuck with me was the singer. Chris LoPorto stated, “We thought it was such a cool venue name, The Loading Dock. Only to pull up and find out it’s an actual Loading Dock.”. When I heard that I remember thinking they’re going to play bigger venues soon, and I was right.

Can’t Swim had a perfect curated setlist with songs from their newest album and some songs from their older album. Those were the songs that I was least expecting. During their fourth song, “Prick”. They played the first half then stopped the song and realized they needed to address something important. That was it was their sound guy’s birthday, so we all sang him “Happy Birthday”. The band expressed that they were happy to be playing in Utah again because it’s always a good time. As a fan, I can’t wait to see what’s in store for the band. Including the hopes of a headlining tour.

I’ve seen The Plot In You many times in the past and all around the Utah venues. I was especially excited to see them tonight for the chance to hear new music for the first time in two years. The setlist had quite a bit from the new album, Swan Song. Songs such as “Face Me” and “Paradigm”, mixed with quite a few from their last album, DISPOSE being DISPOSABLE FIX and FEEL NOTHING. It’s always surreal to see the constant growth in fans within the audience when The Plot In You is on a lineup.

Hearing that people really liked their music and were surprised that they never heard of them before that night was the best. Because they were yet another band who deserved so much. The growth that they had as a band themselves was amazing to witness throughout the years. What was discussed the most during the changeover from The Plot In You to Silverstein was Landon Tewer’s vocals. That’s one of the things I look forward to most when I hear them. It’s one thing to hear his vocals as a recording but hearing it live takes it to another level.

After the warm-up from Can’t Swim and The Plot In You, the crowd was anxious and ready to hear the two-hour-long set from Silverstein. They rushed on stage, and it was nice to see them on this headlining tour. To see them take the entire stage on their own. Before starting on their second song, the singer, Shane Told took a moment to thank everyone for making it out. He thanked the crowd being so patient with the two-year wait for this tour to happen. It wasn’t the easiest time. But it was paying off with the first half of the tour dates being sold out. They were happy to know that so many of us had held onto the tickets for so long.

Silverstein were reflecting earlier in the day when they first had played the smaller venues. Such as Kilby Court, The Loading Dock, and In the Venue. Hearing the name of the venues got a laugh out of everyone. For the fact that many of us had seen them play in those venues or at least know of what the venues were like. Before finishing the first set they were moving into the best part of the first one. Which was they had sat down and gone through all the social media and heard everyone’s complaints about not hearing certain songs anymore, especially the old ones.

The second half of the first set was filled with the songs like “The Afterglow”, “Retrograde”, and many more. The band’s favorite part of that set was when they played an unreleased song called, “It’s Over”. A song that was set to release on November 18. Only people who were attending this tour were the first ones to hear it.

The second set was a couple of acoustic songs with just Shane while the rest of Silverstein took a break. It was a nice moment to slow it down for a second and take it all in. Take a moment to be thankful for witnessing this insane tour happen and to take a moment to be thankful that live music was finally back. The lighting set-up was one of the simplest ones I’ve ever seen with just a single spotlight in the back and two disco balls on the crowd to reflect and fill the entire room. It was one of my favorites by far and probably my favorite ones from the entire night. Shane had expressed that this was probably one of the best shows so far even if they were a week in, the entire room was packed, and the crowd was far louder than they could have ever expected.

By hour two it was time to begin the third setlist by playing part of the discography from their album, Discovering the Waterfront. It was the last time to kick it back up with as much energy as possible to finish off the night. There wasn’t a single person standing still the rest of the night everyone was either in the mosh pit, bouncing on their feet or banging their head. Before ending the night, The Depot had provided champagne for the band on stage for their amazing celebration of 21 years. The 21 years as a band and their successful journey. They toasted to us and drank from cups that had designs on them that looked like an 80’s bathroom wallpaper, it definitely was a night that was in the books for the venue, the fans, and the bands on the lineup.