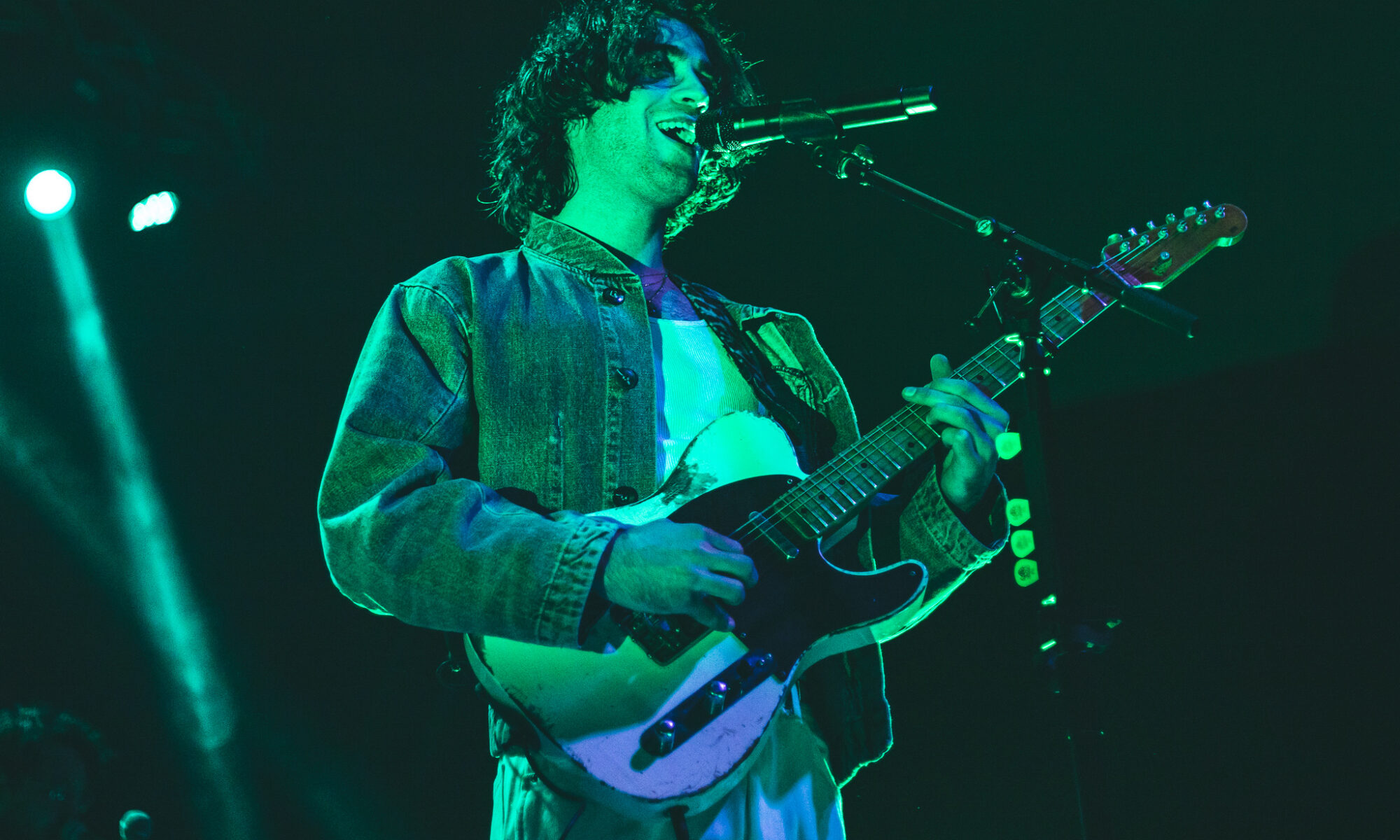 The vibes were high Wednesday night at The Complex. I showed up right before opener Max Leone took the stage and the room was already full! The music the venue was playing had everyone jamming out and dancing before he even took the stage. Max Leone had a very chilled and unique voice. His songs were all very relatable and he told stories about everyone. Many of his tracks stemmed from his personal experiences and insecurities. While most were pretty sad, Max found a  way to still put on a fun and energetic performance.

Normally the wait between the openers set and the headliner are pretty spaced out. The sound and stage crew were very efficient tonight though. The crowd didn’t have to wait very long for Alexander 23 and his keyboardist and drummer to hit the stage. As the intro played Alex came out the pit and high-fived some fans in the front. He started his set with the well known song “Cry Over Boys”. I didn’t realize this before but Alexander 23’s fan base was super into his music. They knew every single word. Looking out in the crowd I saw smiling faces all around. Immediately it started the show off on a good note.

Alexander played the guitar for the whole set and oftentimes would go off on little solos and riffs. Because his music is very soft and chilled I was expecting it to be like that live, but to my pleasant surprise the versions of many of the songs added a nice rock vibe without losing too much of the emotion of the music. Alexander 23 may be more of a pop artist but live he put on a show like a rockstar!

Alexander 23 sounds so good live! His voice sounded exactly how it does on his recording. I can’t remember quite what song it was but in a moment that really stood out to me, Alex hit a super long and high note and the entire audience burst out in cheers! Very few people would’ve hit that note, especially live. He was great at including the audience in the songs, often having the crowd sing the melody of the song. In many of the softer songs, the whole crowd would sway back and forth.

Another part of the show that really stood out to me was the lighting. Behind Alexander was a giant neon light that could change any color. Along with the normal venue lighting, the light bars and the heart in the back were all synced up and created a pretty cool visual experience lining up perfectly with the music.

As the show got closer to the end Alexander 23 pulled out his big hits. One single piano note from “IDK You Yet” played and immediately the entire crowd cheered. I was sitting up at the top of the venue from the lounge and so it was really cool to see the entire audience from a higher vantage point. Every single word was belted out as couples held each other tight and everyone sang along to the smash hit with over 280 million plays on Spotify alone.

The show was wrapped up with “Dirty AF1s” which was the first song of his that I had ever heard. It’s such an amazing track. It was a beautiful moment and just a very chilled out concert. With so many crazy and wild concerts it was a nice change of pace to see a packed room full of good energy with no shoving or moshing and just good chilled vibes.