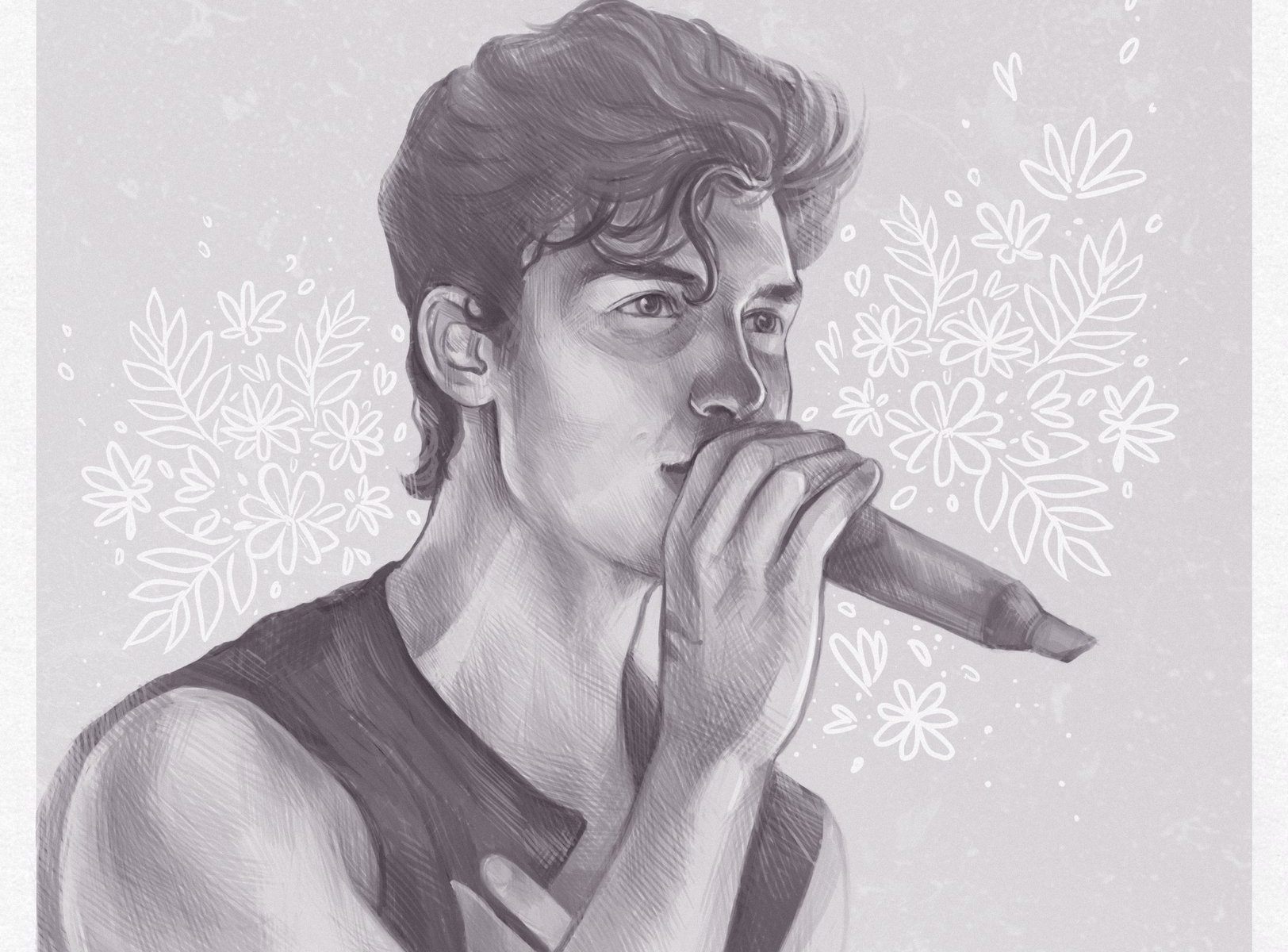 On one side of the arena was the main stage with a large circular digital screen.  I’m not sure who the videographer was for this show but they did a tremendous job. I caught myself watching that screen often just due to the production value.  They could have taken this footage and released it as a concert video. (Do they make those anymore?) On the other end of the arena was a huge rose that lit up into different colors.  I couldn’t tell, but it looked like it might have blocked the view of some of the upper deck. The rose raised and lowered at times so I’m sure those people if they did have obstructed view, were able to see in those moments.   The audience were fitted with wristbands that would light up throughout various songs. I’ve seen Taylor Swift, Coldplay and Imagine Dragons do this and it’s really cool.

I noticed that the floor of the arena had seats. Maybe they were there to keep everyone in line, but it seemed like with this show in particular seats were not needed.  I don’t think I saw one person sitting down.

Mendes told the audience that he had been texting earlier with R & B star, Khalid.  Khalid asked him where he was on the tour. When Shawn told Khalid where he was he replied, “No Way! They go crazy in SLC!”.  This excited the crowd as they seemed determined to prove Khalid right.

I couldn’t fix my eyes on one particular area because there was so much going on.  It was clear to me that this was the first concert for so many girls there. Every time a song would start, they’d look at each other, scream, and lose their minds over the song.  Then they’d dance like they were in their room at a slumber party. Especially when Shawn performed “Stitches” and “Seniorita” back to back.

Mendes left the stage and made his way to a B stage underneath the huge rose on the other side of the arena floor.  There was a mad rush on the floor to get close to that stage. People were sprinting to get there! It was crazy. I could see security trying to figure out what to do because no one was being violent or out of control, but sprinting down the aisles is probably frowned upon.  I’ve seen several shows where an artist will walk through the crowd to get to that B stage. But I think Shawn Mendes did the right thing by taking the tunnel to get to that stage. If he would have gone through this crowd he would have been mauled!

Shawn sang a brief, slowed and stripped-down cover of Whitney Houston’s “I Wanna Dance With Somebody”, which I really enjoyed.  Following that cover, he performed a medley of songs that he wanted to play on this tour but knew he wouldn’t have time for. The medley of “A Little Too Much”, “Because I Had You” and “Patience” flowed really well together and it seemed like the crowd was grateful to hear even a portion of those songs.

As Mendes left to head back to the main stage he stopped in his tracks and walked back and hugged a little girl who couldn’t have been older than six.  Everyone who saw this happened about died. And I feel bad for the little girl because what’s left for her to accomplish in life now that she got a hug from Sawn Mendes? As Shawn ran back to the tunnel, there was another mad sprint for everyone to get back to their seats.  I don’t think I’ve seen that many people running on an arena floor at a concert before. It was pretty intense.

While singing the song “Youth”, Mendes told the audience that youth is not about age.  He stated that youth was about feeling freedom and happiness. He told us that we have the power to make the world better.  He declared that it was up to us to make the world a better place. Shawn then told everyone to jump, and jump they did! Even the dads!  The entire arena was jumping up and down.

As I continued looking around I could see a lot of young kids holding their hands to their ears.  And it was loud in there with both the screaming and the music. My mini-rant here is why didn’t the parents think of this?  It’s a concert! It’s going to be loud! So if you’re going to a concert bring headphones for your kids! I don’t know how they could have enjoyed that show without anything protecting their ears.  Something to remember for anyone going to concerts, Vivint Arena provides earplugs at their guest services. I get it if you’re not wanting to wear them all the time, but there are some shows where you’re just going to need them.  And kids should be wearing them at a show like this no matter what!! Ok, end of rant.

Mendes told us that this “Night has been amazing!” as he performed “Mercy” then walked off the stage.  He returned to the stage moving to the piano and performed a personal favorite of mine, Coldplay’s “Fix You”.  As the wristbands lit up Vivint Arena I was taken back to one of my all-time favorite concerts, Coldplay in August of 2016.  Shawn sang the song admirably, in fact, I have to say I was really impressed with his vocals the entire night. The guy can really sing! (Captain Obvious alert!)  he then moved from “Fix You” to his closing song of the night, “In My Blood”. I didn’t think it could get louder, but guess what? It did! I saw moms losing it, I saw dads singing every word (Someone’s been listening to their daughter’s music while driving them to school!) and every kid, preteen, teen, and teen at heart were singing their hearts out!  Khalid was right, “They go crazy in SLC”.

If this was, in fact, the first concert for a lot of these people it was a good way to start their live experience off.  I heard one girl walking out of the tunnel telling her friends “That was insane!”. Another group of preteens had picked up a bunch of confetti and decided that they’d try to sell it on eBay.  They were convinced they were going to make a fortune. And I wouldn’t be surprised if they were able to make money off of it! I saw more of the same as I walked out of the arena, groups of girls rewatching videos they had taken moments ago.  They were some taking selfies of themselves in their newly purchased tour shirts. The energy that had been captured within the arena flowed out to the concourse and to the street.

It’s not difficult to see the appeal Shawn Mendes has.  But I was happy to see his live show because he really is a talented pop star.  He brought everything he had to his performance and he sounded great not only vocally but on the guitar and the piano as well.  His band was tight and the visual effects of the show were stunning. Looks like he’ll be selling out arenas for a while.

There’s Nothing Holdin’ Me Back

I Know What You Did Last Summer/ Mutual

I Wanna Dance With Somebody (Who Loves Me)

A Little Too Much/ Because I Had You

Live of the Party

Where Were You in the Morning

Fallin’ All in You

If I Can’t Have You