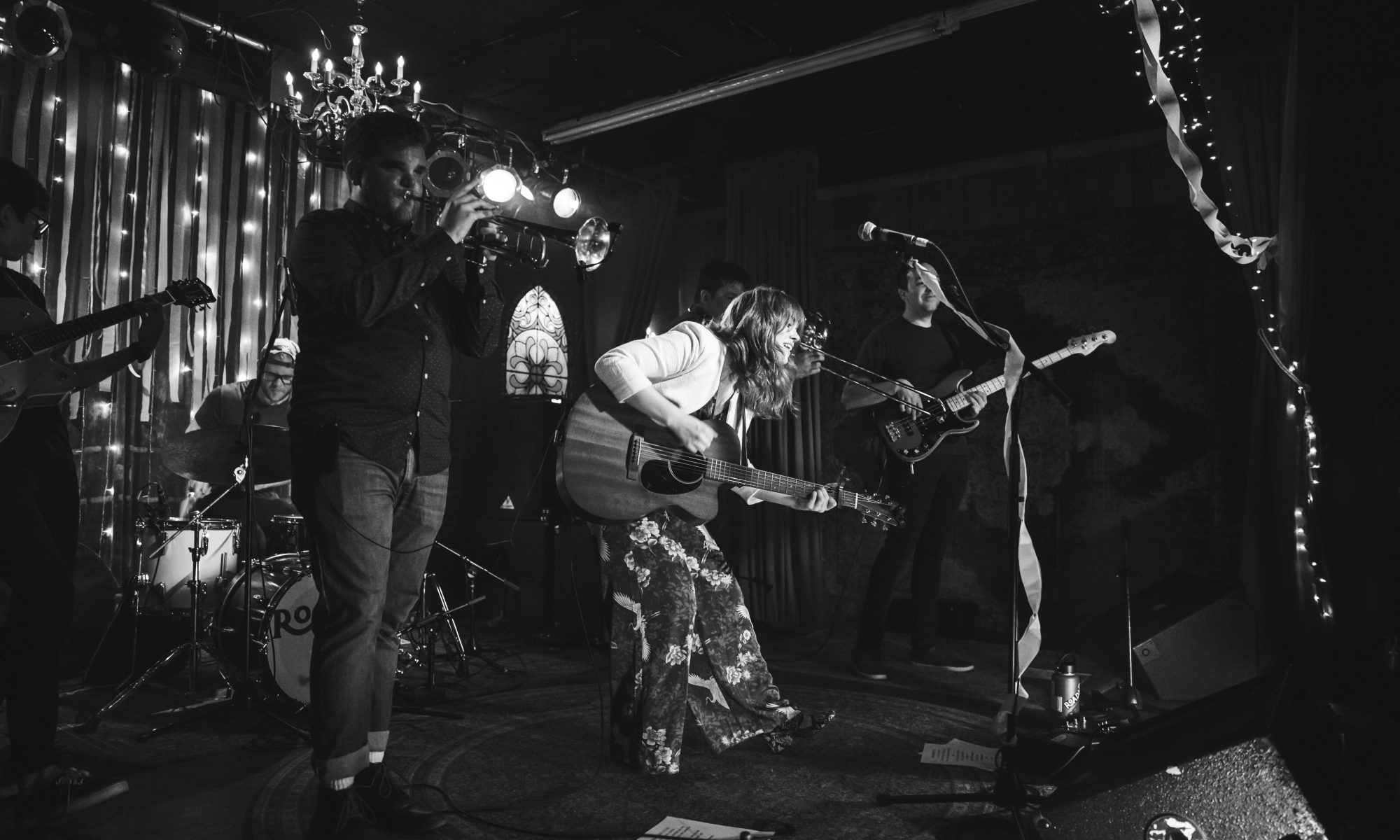 “Welcome to our party tonight guys! We’re excited to celebrate with you all,” Aubree Liz gleamed with a smile from ear to ear. Aubree is the frontwoman for the up-and-coming band Roadie. ‘Party’ was no understatement. The stage at the Velour Live Music Gallery in Provo, Utah was dressed in bright lights and party streamers. Friday night was not just another show or ordinary show for that matter, it was the release show for Roadie’s debut album Soapbox and they brought the house down.

While the band had released a self-titled EP in 2018 and a single earlier this year, “Mt. McKinley”, Soapbox is a powerful footprint on what could be a long journey through beautiful trails. This was the first time I’d seen Roadie perform live, though they were on my shortlist of bands I had been trying to catch the past several months. While they’ve only been performing together for a couple of years, their stage presence and sound Friday night oozed of a well-oiled machine and veteran experience.

Aubree mentioned that they were so glad to have some of their favorite friends/artists open for them that night. Mia Grace showered the crowd with a few new tunes of hers after which Kipper Snack followed and set the mood with some nice mellow jams accompanied by a neon flamingo onstage. After a short break, it was time for the guests of honor to be celebrated.

With enthusiastic cheers growing louder and louder from the raucous crowd, the band took the stage one member at a time as each took their weapons of rock war and jumped into a crescendo which gave way to the opening bass riff of “Tell Me” – the first Soapbox single and opening track of the record. Like a queen of the stage, Aubree was the last to emerge. Dressed for the occasion – a maroon jumper with cranes and flowers, and a white jacket – Aubree picked up her guitar and after a “How’s everybody doing tonight?” jumped right in.

There was energy onstage and high vibes in the room to kick things off! After following up “Tell Me” with another jam from the new record “Eyes Wide Open”, Roadie gave the crowd a nice little tease with a mellower ‘new song’ that might be found on their next record. While the name of the song was not announced, I’m guessing it will be titled “Right as Rain” (Not to be confused with the recent single from Collective Soul, but both songs are great). After the crowd had a chance to catch their breath, Roadie brought the tempo back up several notches with an incredible cover of Katrina & The Waves “Walking on Sunshine”. Aubree really gave Katrina a run for her money and the horns just nailed it.

Like most of my favorite rock bands (The War On Drugs, Lord Huron, Gregory Alan Isakov, Tom Petty & The Heartbreakers) Roadie is comprised of six performing members: Aubree Liz on vocals on guitar, Adrian de la Cruz on lead guitar, Peter Knowles on Bass, Bao Ha on Trombone, Kamen Myers on trumpet, and Heath Edwards on drums. One of my favorite aspects of the band is the horns. You just don’t see and hear enough of them these days. The horns are a bit nostalgic for me as they remind me of Bruce Springsteen shows from the Wrecking Ball and High Hopes tours six and seven years ago. There’s an unmatched power and balance that horns can bring to a band and Roadie seems to have that all figured out.

Three fun other highlights of the show for me: first, included when Roadie performed the song “Better Off” (another song from Soapbox), Ha and Myers sneakily left the stage only to be heard moments later playing from the back of the room (entrance of the venue) toward the stage. They had literally left the building through the back door and gone around to the front door. It was a true live “surround sound experience” as Aubree put it. The second highlight for me was during an unpredictable cover of Duran Duran’s 80’s “Hungry Like the Wolf”, Edwards rolled into an incredible interactive drum solo with the audience including back and forth mimicking of beats and clapping. “I was not prepared for that” Aubree laughed with a smile. Last of the three highlights, was when the band performed arguably their most popular hit “All the World”,  and asked for help from the audience with the bridge by splitting the room down the middle and having the left half of the room sing a part and the right singing another…then back to the left for a different part and back to the right for another. It was great and a lot of fun.

While I love the horns and the dynamic they bring to the group, to me the secret sauce is the warm comforting blanket of Aubree’s vocals. They are powerful yet controlled, both soothing and effortless it seems; a warm bowl of chicken noodle soup on a cold winter day. They just treated me right, and that is what I believe is the main game-changer and what really sets Roadie apart from any other group.

After wrapping up an 11-song set with “The Bullet”, the band willingly acknowledged the crowd’s plea for “One more song!” and finished the night off with another lively single from Soapbox “I Know, I Know”.

This band is warm. I don’t know any of the members personally, but you can tell they really enjoy themselves and each other. They all seem like really good people that are down-to-earth and kind. I feel like they are just getting started and big things are on the horizon for them. There will be more opportunities to catch them live, but while you wait, you can check out their catalog on streaming services or wherever you get your music. Keep your eyes and ears open for new show announcements and don’t miss this group!

I Know I Know