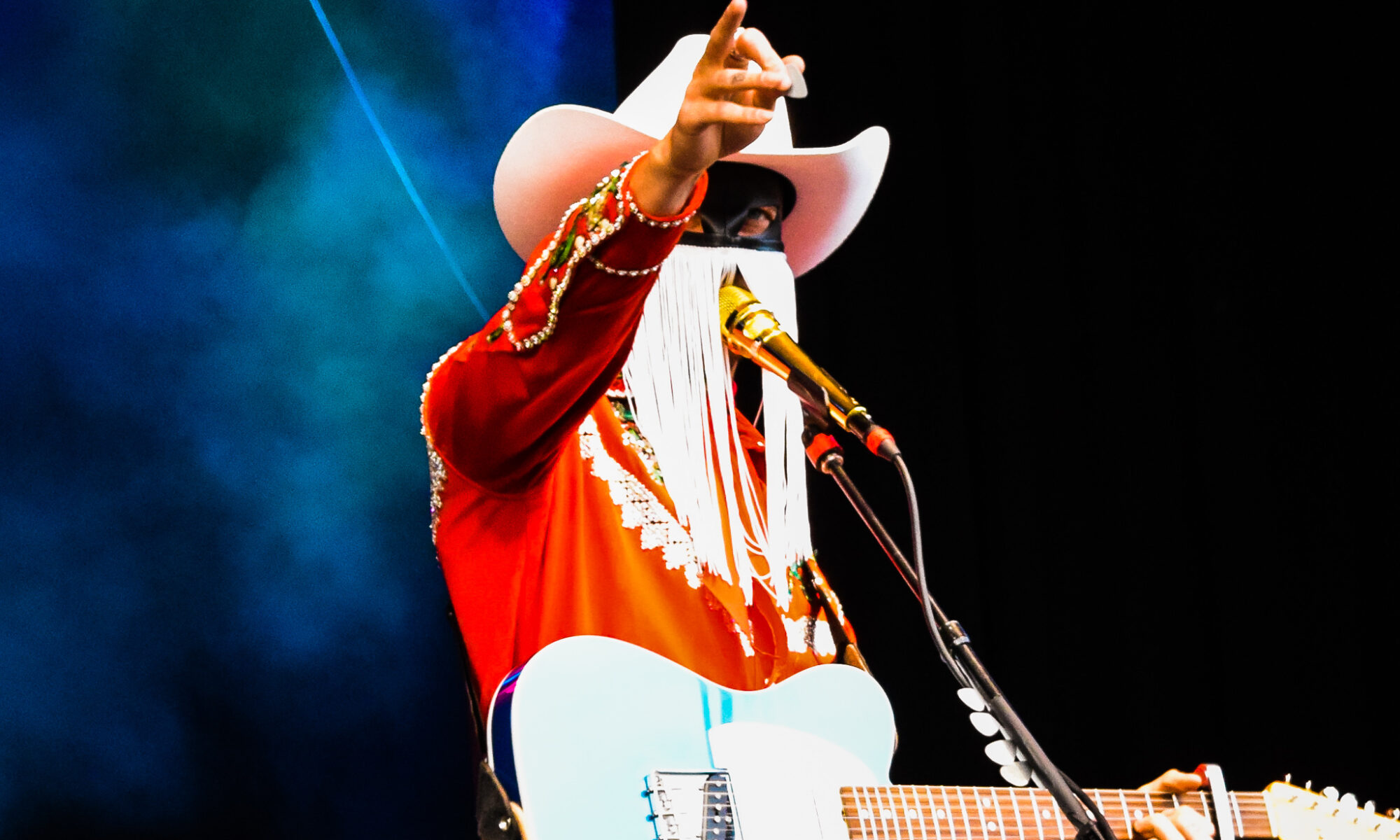 Photos and Review by Tiffany Mull

“How many of you been to a drag show?” There were lots of cheers and clapping. “If you haven’t been to a drag show, I recommend you go. But be sure you tip them. If you don’t tip them, they get really pissed off. You don’t want a drag queen pissed at you, trust me. Thanks Gem is a drag queen from Canada, and she used to be pissed at me. We’re friends now, but she makes me tell everyone that she has a Venmo. See? I’m still scared of her.”

Orville Peck is the best thing to happen to country music since Patsy Cline. I used to think I had a blanket hatred for country music before hearing her sing. Since then, I’ve found a few artists in the genre I can appreciate, but none who could elevate it to the level Patsy did—until Orville. Listen to his soaring vocals in “Hope to Die” and “Queen of the Rodeo,” his impressive range in “Dead of Night,” and his low-rumbling baritone in “No Glory in the West” and “Big Sky.” His live performance did not disappoint. We were even treated to his first ever live performance of “Born This Way.”

Orville revels, unironically, in Western camp: cowboy hats, flashy boots, spangly show outfits, even a fringed lone ranger mask. Orville took the hokiest aspects of Western culture and made them cool again. (Were they ever not cool?) He’s very conscious of his presence on stage. His songs are accompanied by exaggerated-for-the-stage gestures that are clear from the nosebleeds. The crowd reacted to Orville’s expressive theatrics by hooting and waving cowboy and trucker hats.

Peck opened with “Summertime” from his 2020 EP, Show Pony. He put down his guitar to sing “No Glory in the West.” He picked it up again for the slow, meditative, bass-reverberating “Big Sky” that swelled into slow, earth-shattering crescendos. “I love truckers, and that’s why I wrote this song. I hope you all enjoy it,” he said, before taking the piano for “Drive Me, Crazy,” during which his lead guitarist hopped cheekily onto the lid to sit, cross-legged, as he played.

Like a lot of country music, Peck’s songs circle around loners and outsiders. His music is informed stylistically by the likes of Johnny Cash and Dolly Parton, but it’s also informed by his background in punk music as well as musical theater. His music videos are captivating, aesthetic gems that use Western tropes to explore dark, melodramatic themes.

No Glory in the West

I Ain’t Living Long Like This (Waylon Jennings cover)

Queen of the Rodeo

The Iron Hoof Cattle Call (Take You Back)

To follow Orville Peck on social media, listen to his music, or see more of his tour dates, go to orvillepeck.com