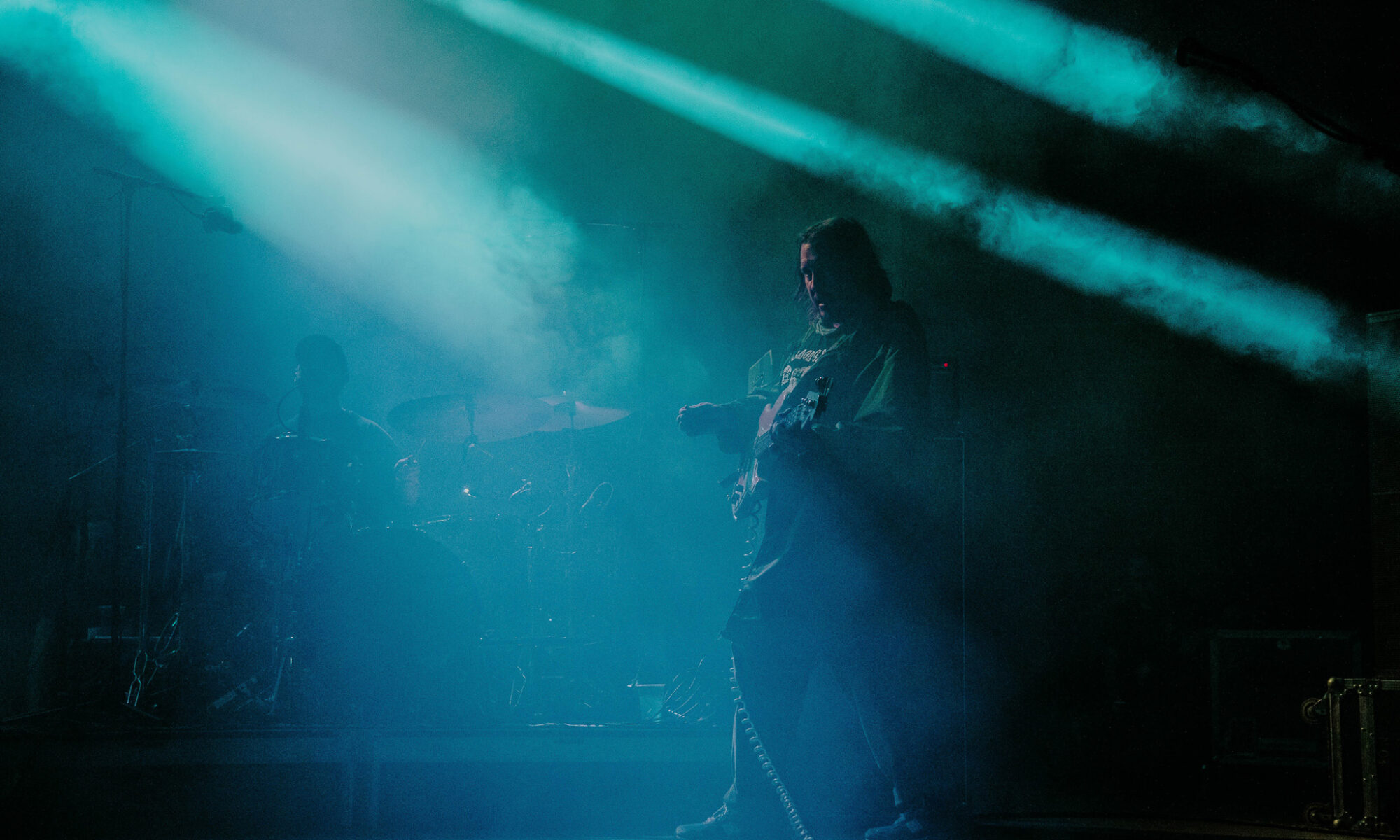 The second to last Ogden Twilight was a successful night! We didn’t have to worry about rain interfering with set times. It was nothing but clear blue skies. On top of that, it was another sold-out show. Every time that I hear that a show at the amphitheater is sold out it’s always hard for me to believe. It never feels that way. Usually, at other venues, I feel cramped and struggle to walk around the venue. It’s hard to get from point A to point B. I’ve always had it easy going at Ogden Amphitheater no matter what sold-out show is here.

We started off the night with local Utah band, The Moss. I’m ashamed to say that I had never heard of the band previously. After that night though I can confidently say I’ll never be a stranger to their music again. However, despite even myself not knowing them they had plenty of fans throughout the crowd. And those fans amongst the crowd were shouting for the band to play a specific song, “Dog Valley”. Singer Tyke James was quick to let them know with a little bit of patience; good things will come. What really blew me away was the band’s performance. How they got lost in their music. They were genuinely happy to be up on that stage and playing their songs.

In between songs they expressed how grateful they were to just be part of the lineup that night. And while many in the crowd, like myself, might not know who they were they were just happy that we had given them the time and supported them for a thirty-minute long set. In between songs, they threw out a couple of fun facts about Moss. If you missed out on the chance to hear them, catch them playing the Kilby Block Party on October 2nd.

As they closed out their set, we finally got to hear why throughout the set we were hearing shouts for, “Dog Valley”. Tyke James had the crowd shouting “woof” just before they started. When I say that they went all out for this song, that’s just an understatement. Just when I thought they were really getting into the music; every member was off their feet and shouting the chorus at the top of their lungs right along with their vocalist and giving it all they got. Through the entire set, they never seemed to tire or lose energy. I couldn’t believe that I even got to get the shots that I did. The band definitely deserves so much more recognition.

When Japanese Breakfast took the stage, everything about it took my breath away. From the instrumental set up including the gong to frontwoman Michelle Zauner’s sequin outfit. I feel like the best way for me to explain their set was it just pure. The entire group had a positive energy that flowed out onto the crowd. The way that Zauner danced and moved around the stage was just so free-spirited. Every time I had glanced around the crowd they were all dancing and moving with the music as carelessly as the entire band. It really felt like one of those moments, when someone is asked what is a concert by someone who’s never been to a concert. It was a moment like that.

We got crazy instrumental solos from the guitarist and the saxophonist, the entire crowd stared up at the guitarist in awe during his solo and it was definitely such a pure and intimate moment for everyone all around. Coming in a tie with that moment was the sweet tune of the keyboard ballad. Japanese Breakfast had a perfect sound of indie rock and I’m definitely a fan. Especially the killer instrumental outro where everyone had just geared up and went off. Something about a band just rocking out, no means whatsoever is all around such an amazing thing to see live.

I have never seen Portugal. The Man live before. It felt surreal in that I was photographing them. While anxiously waiting during the intermission, I was chatting with another photographer. He went on to explain how absolutely insane they were live. Listening to them was one thing but live it was unbelievable.

Before Portugal. The Man performed, they invited members of the Shoshone tribe on stage. They asked and received the tribes permission to play on their land. It was explained that they do this at every performance. It was crazy for me to hear. It’s something I had never thought about in the slightest. It’s something I applaud the group on doing and am very happy they took their time to do so and spread the word.

After Portugal. The Man received the blessing, you could hear scattered throughout the crowd people shouting ‘Save the Lands’. I believe it was a strong message that everyone took to heart and will talk about often.

Everything I had heard was true. While it was the most challenging show to photograph, I didn’t leave disappointed in the slightest. While I was crouching in front of the barricade, I felt like I had to grip onto my camera with everything I had in me. The entire crowd was jumping behind me. It rattled everything. There wasn’t a single person in the crowd who wasn’t getting lost in Portugal. The Man’s music. They were enjoying the near end of a good summer’s night.

From the sound, the venue, and the entire audience, and the way that the group had spent every second they could interacting with the crowd, I will forever be reliving this night. I recommend that everyone, whether they know who Portugal. The Man is, or not, go see this band.