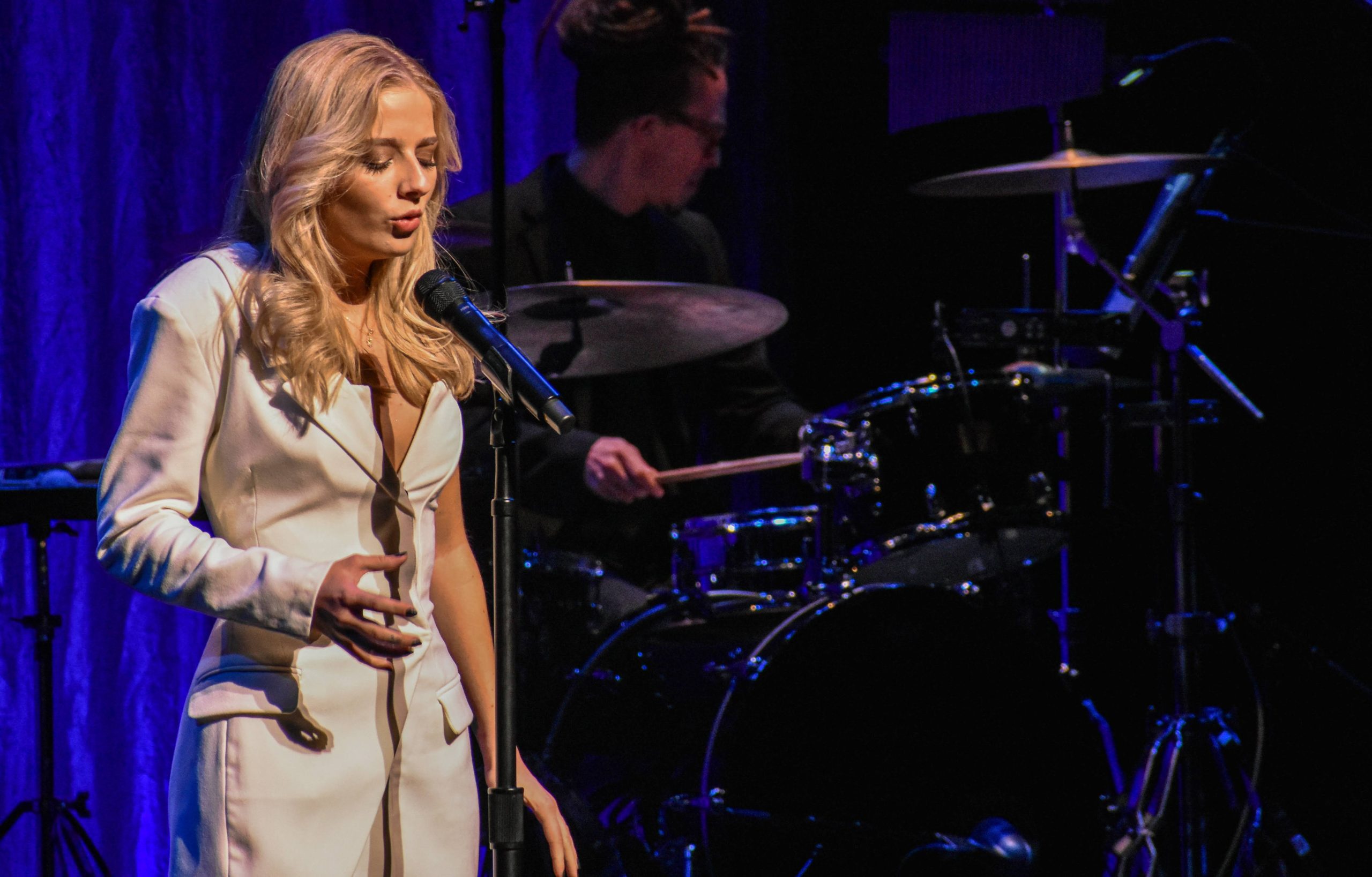 Nineteen-year-old Jackie Evancho stunned an audience of all ages as she performed at the Eccles Theater in Salt Lake City this past Thursday. At an early age of 10, she made her first appearance to the world on America’s Got Talent season 5 where she finished with a 2nd place medal. No longer a child, Jackie sang songs from her newest broadway album, “The Debut.” Jackie exclaimed on her website, “I’m very proud to be recording and interpreting songs by these contemporary theater songwriters. Not only do I love the songs, but I am able to tell a story and interpret them from my perspective. It was an incredible experience getting to know these characters and songs and I can’t wait to perform them live!”

With groundbreaking musicals like Dear Evan Hansen, Hamilton, Once, Spring Awakening, Waitress, and hit films like The Greatest Showman, these songs easily captivated the audience. Jackie also made an emotional tribute to her grandfather, aunt, and dog that passed away last year as well as her grandmother. How Great Thou Art has always been her grandmother’s favorite song, and when her grandmother was informed that she wouldn’t have much time left on this earth, she asked Jackie to sing the song at her funeral. Although Jackie tried to sing it, she was unable to due to her emotions. She now has the opportunity to perform it at every show.

Jackie exclaimed in the show that since age ten she has strived to live up to amazing singers such as Celine Dion. Although Jackie feels she can never truly live up to Celine Dion’s amazing vocals she was able to sing one of her greatest hits, My Heart Will Go On, without a flaw. Jackie wishes that one day she will be able to have her name written by the other great artists of today’s generation. Her website also states that Jackie is already setting records by being the youngest solo platinum artist, the youngest Top 5 debut artist ever in the U.K., the youngest person to give a solo concert at Lincoln Center in New York City, the highest-ranking debut artist of 2010 and many more.

The Eccles Theater couldn’t have been a more perfect venue for Jackie to perform in. Right in the heart of downtown Salt Lake City, this 2,500 seat venue was nearly sold out. The glorious chandeliers and colorful balustrades created a glamorous setting. I was able to easily be directed to my seat thanks to the wonderful staff that was present. The employees were very kind, joking and talking with my friend and me before the concert began. They were also very respectful, making sure that if anyone needed to exit they did so as quietly as possible as to not disturb others. There was also a concession stand with food and beverages available for purchase.

Jackie couldn’t have chosen a better orchestra. Their instruments combined with Jackie’s voice blended beautifully into the open venue. The walls, seats, floor colors and striated patterns of the canyons and the signature star-field ceiling are reminiscent of a big, clear, star-filled night sky. At one point in the concert, I was able to look up at the ceiling while Jackie performed, and saw thousands of star-like lights reflecting onto it. Jackie wore a classy white dress that made her appear like the young woman she is.

Jackie put on an amazing show that I highly recommend everyone going to. She received multiple standing ovations throughout the show and although the show was emotional at times, Jackie also was able to joke and laugh with the crowd. Jackie isn’t the child that appeared on the AGT ten years ago but is instead a confident young lady who has succeeded and grown in the opera music industry.

The Debut tracklist includes the following songs and can be purchased or downloaded on all streaming platforms.