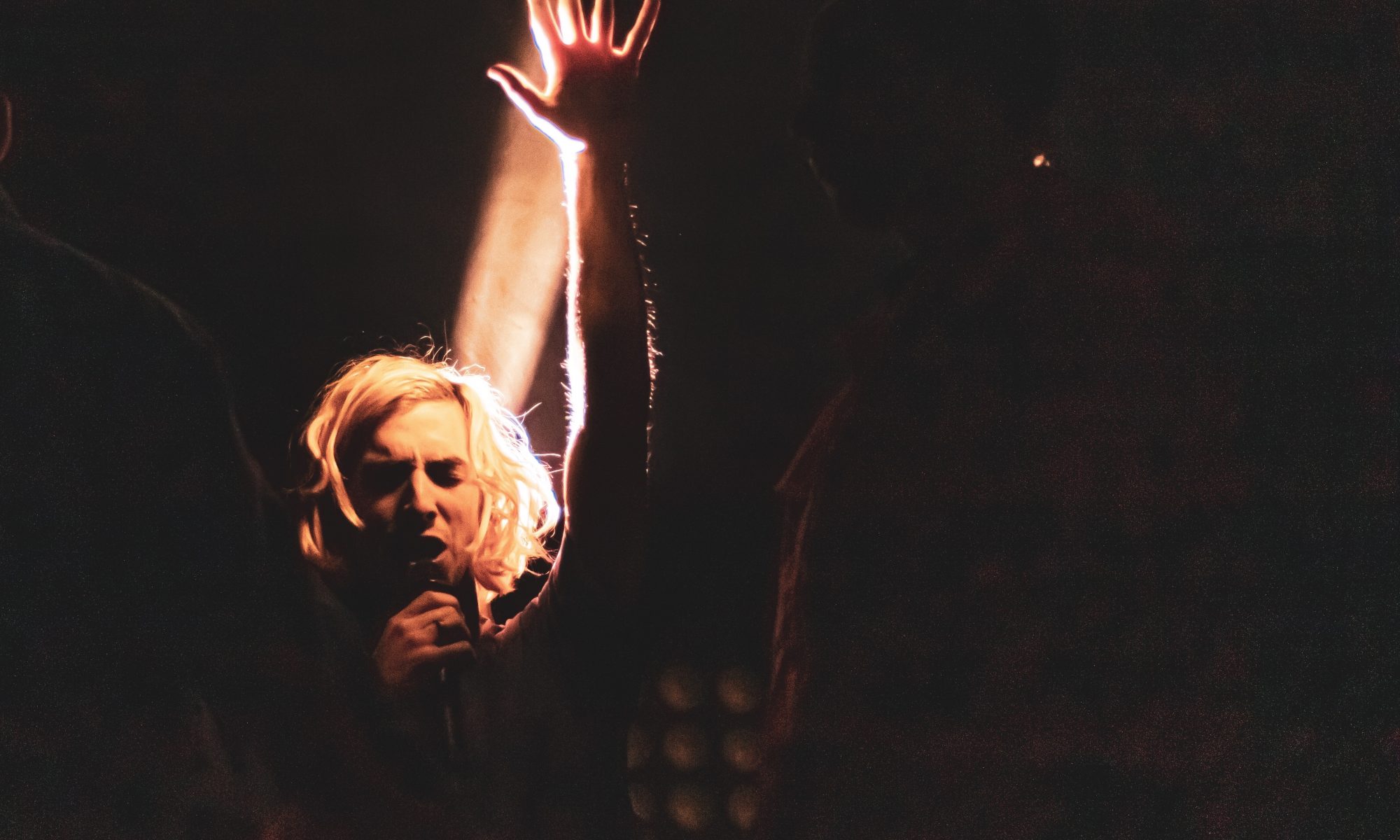 Later that night, The Complex was packed with fans in their H•A merch. I was super excited to see the boys that night. Not only Half•Alive, but as well as their opening band, Sure Sure. I had actually traveled to California in early September to catch Half•Alive’s opening show for this tour. They are from California and that’s where they kicked off the tour. It was an absolutely incredible concert, so I knew what to expect, but it was even more special because they were here, for the first time in Salt Lake City. Sure Sure also opened up for Hippo Campus a couple of years ago when they came, so a lot of fans knew who they were already and knew how good they were live as well.

Sure Sure opened up and got the crowd pumped to start off the show. The four boys came out on stage wearing all white, looking stylish. They opened up with their hit song “Good Thing” and had SLC vibing. The Sure Sure boys are very funny and witty. They are extremely good at interacting with the crowd and telling jokes. They have such an easy going vibe to them and their music and fans love that. They also have amazing chemistry with each other on stage. During a part of their set, they taught SLC a dance to one of their songs, where fans were encouraged to put their hands up and then bounce to the music. It was really fun to capture from the balcony. They introduced their “fifth member”, a hammer named Stanley who during a song, holds down one of the keys for their keyboardist. The crowd laughed and even when Sure Sure has finished their set, the crowd chanted Stanley’s name, making the boys laugh.

Next up was Half•Alive. The crowd started to get closer together as fans pushed their way to the front to be as close as they could. The stage was dark and you could see shadow figures walk on stage, getting into position. Fans cheered as a flashlight came on and you could barely see the three H•A boys, huddled around a mic. “ok ok?” started playing and for most of the song, the boys stayed huddled in the darkness, with a flashlight switching from face to face. It was very theatrical. But here’s the thing, since I saw the opening show in California, I knew what an H•A show for this tour was like, and let me tell you, it’s way more than just a typical concert. It’s an entire performance. Josh and the boys put a lot of thought into the concert experience. They don’t just come on stage and play, there is a show they put on. There is choreography involved, with the help of JA Collective, a dance duo, who has also taught Josh a few moves, that he performs on stage. The lighting is part of the storytelling, and the visual graphics on the screen as well. When the lights flashed bright, and illuminated the stage, showing the whole band in their playing positions, fans went wild. I remember being blown away by the H•A show and was excited seeing SLC fans be in awe.

It’s a lot of fun seeing them perform on stage and seeing lead singer Josh throw his mic to someone as he gets in line with the Ja Collective boys and breaks into dance seconds in between singing. The crowd went wild every time the dancers came on stage. The H•A boys are also very good at interacting with the crowd and letting them know how much they appreciate the fans. It’s always a nice feeling when you know your favorite artists are nice, genuine people. They’re so humble and kind and truly wanted to thank everyone for coming out. They also thanked their whole crew and set, and brought their tour photographer on stage as well. That was a really cool thing for me to meet their tour photographer in the pit because he happens to be one of my photography inspirations. So that was special for me.

The rest of the show was filled with so much color and dancing, and beautiful light displays. People sung along so loud to each and every song, especially when they played “Still Feel”. The Sure Sure boys you could find in the crowd as well and some selling their own merch, to be able to meet the fans. It was an overall, positive and wonderful show. Worth watching a second time.