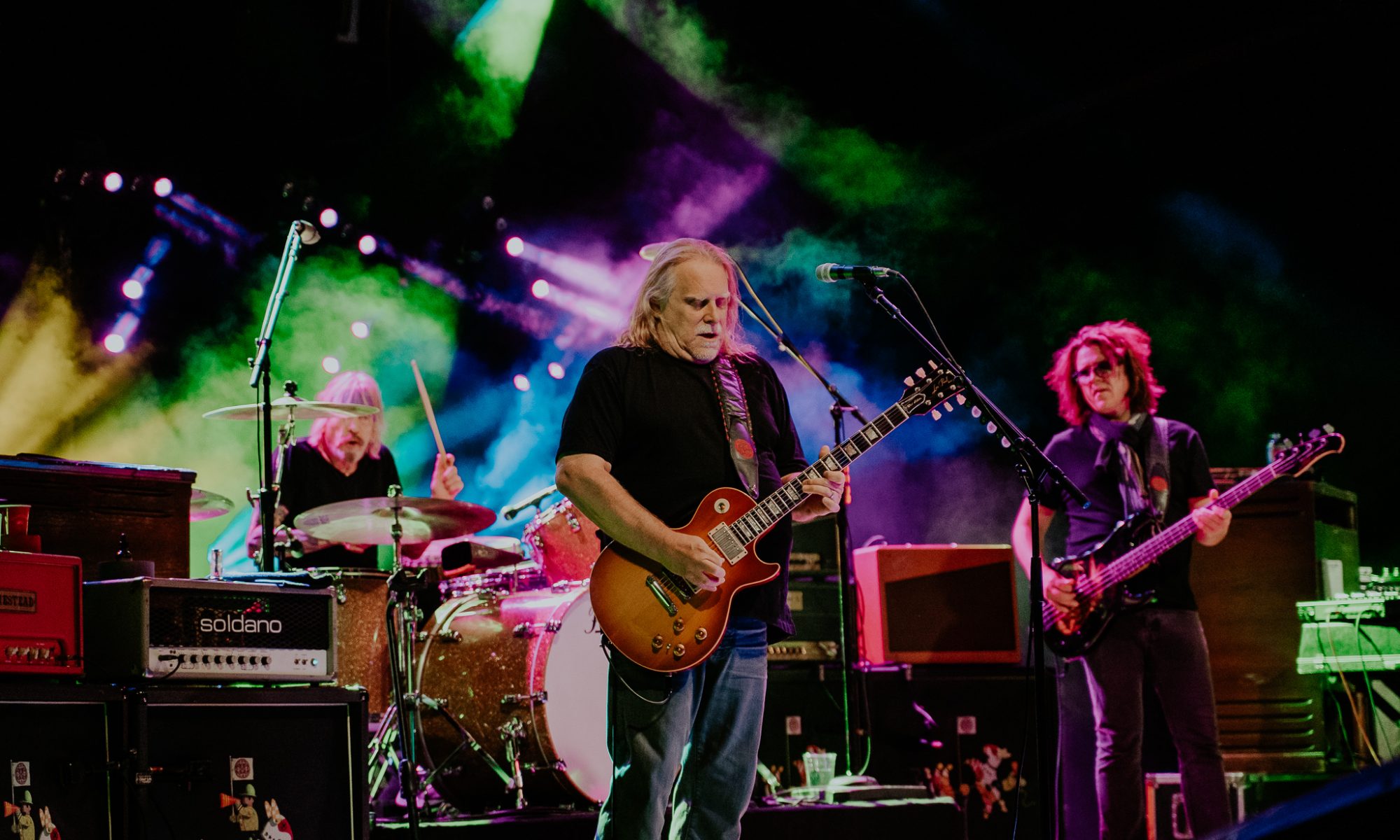 This was not your usual night at Red Butte Amphitheater. I’m sure many of the subscription holders were there. But overall it felt like a much different crowd. A special audience turned out for “An Evening With Gov’t Mule”. The Southern Rock band celebrated a night of career-spanning music. And they brought their loyal fans with them. People were barefoot, tie-dyed and ready to jam.

If you were to look at the setlist you’d see that the show consisted of just 18 songs. But if you know Gov’t Mule, you know that this does not mean that the show is going to be short by any means. Quite the opposite. This concert took place in two parts divided by an intermission and lasting for three hours! There was no opener. It really was a night with Gov’t Mule. There were very few words exchanged between the band and the crowd. Guitarist, Warren Haynes only addressed the audience a couple of times, one to state that it was great to see everyone, and another time to introduce the band. I think the audience appreciated the communication from the band was going to come from the songs rather than the telling of stories. This freed people up to just interact with each other and dance to the music together.

A really entertaining part of this show was the lighting. I tip my hat to the lighting engineer of this show. The lights were as part of the concert as the band and the crowd. There were maybe 30 large lights behind Gov’t Mule that were both strobing and changing colors the entire evening. I enjoyed it so much and I heard a number of people in the crowd commenting on the light show. I think someone in the crowd wanted to be part of the light show. At various parts in the evening, some mysterious person would throw large quantities of glow sticks into the crowd. I’ve seen this at a few other shows. Who is this mystery glow stick throwing person?!

This show was a guitar lovers dream! It was seriously just four guys up there jamming together for hours. There were times where I thought they would settle into a southern rock jam session when all of a sudden Gov’t Mule would break into Bob Marley’s “Lively Up Yourself”. Then in the second half of the show, the band slowed things down with songs like “Life Before Insanity” or the impassioned “Thorns of Life”. And when I say slowed down, I only mean the tempo was slightly subdued compared to the rockin’ first half songs like, “She Said, She Said” and “About to Rage”.
I have to admit, I think my favorite part of the show was hearing Gov’t Mule cover a couple of Allman Brothers Band songs. Gov’t Mule comes from the Allman Brothers Band tree, with Warren Haynes and the late Allen Woody joining that band in 1989 and then forming Gov’t Mule in 1994. So I was elated when I heard them play “Kind of Bird” and especially excited when they played “Soulshine” for their encore. It just felt right. The entire night was right.

Lola Leave Your Light On

She Said, She Said

The Man I Want to Be