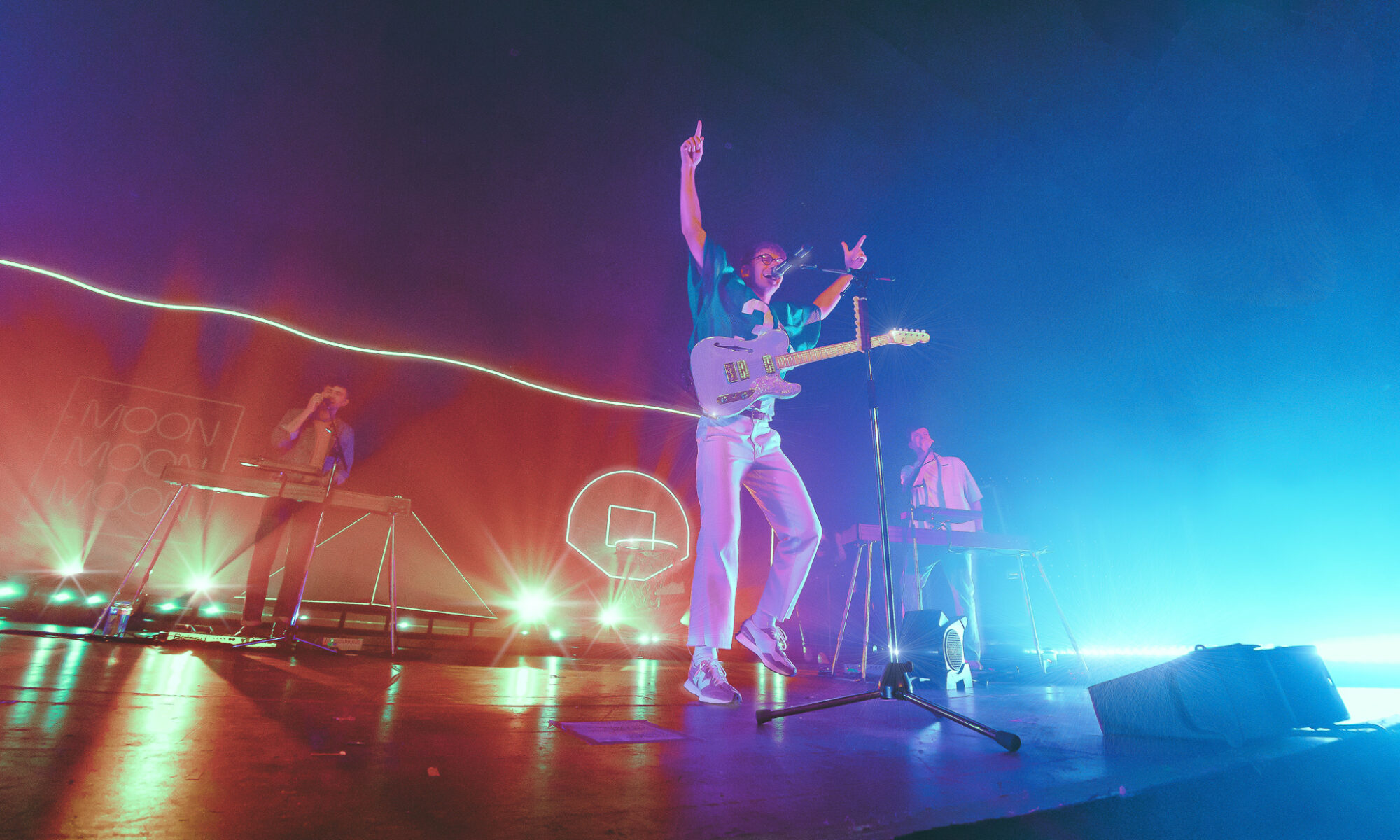 Reviewed and Photographed by Natalia Martinez

This past Sunday, British-based band Glass Animals came to Salt Lake City. It was the 5th stop of their Dreamland tour. The sold-out show was held at the Union Event Center at 8:00 pm. They performed for about an hour and a half. On a night where international pop star Justin Bieber played a show at Vivint Arena, it was Glass Animals that stole the night away. To open the show, Sad Night Dynamite got the crowd ready for Glass Animals with a high-energy performance. By the time Glass Animals came on to the stage, there was already an electric atmosphere spreading throughout the venue. Screams filled the air as lead singer Dave Bayley took to the stage.

Union Event Center was an awesome location for this concert. The stage is so close to the crowd that it allows for a very intimate experience between the performers and their audience. Although it was a packed house, the people did not seem to mind. The sound quality sounded great throughout the entire venue. As someone who had only seen Glass Animals one other time before, at Okeechobee Music Festival, I thought that this performance blew that festival out of the water. At a large festival, not everyone in the crowd is there to see that particular band perform. But on a tour stop, it is completely different because EVERYONE is there to see the headliner perform.

The stage props included a neon pool and hotel sign to add to the Dreamland storyline. And of course, the band’s signature pineapple made an appearance. In a live performance, the band plays incredibly well together. Dave’s voice in person pretty much sounds the same as their recorded songs. Dave was switching off between playing the guitar and singing while one of the other band members was playing both the keyboard and the guitar. It showed just how insane each band member’s musical talent is. The vibe between the band members themselves is also so much fun to watch. You can tell they just love to be on stage together dancing and doing what they love most.

They played a few of their hit songs that are not on the Dreamland album. Songs such as “Gooey”, “The Other Side of Paradise”, and “Life Itself” made the crowd (including me) go crazy. As soon as a single note from one of these songs was played, the entire crowd would scream and begin singing all the lyrics immediately. You could tell that these were some of the songs that made the audience fall in love with Glass Animals. The band delivered on giving the crowd the experience they were craving.

In regards to songs off of their Dreamland album, “Tangerine” got the biggest reaction from the crowd. Upon hearing the crowd scream the lyrics at the top of their lungs, Dave became overwhelmed with joy. You could see how truly grateful he was that people have such a connection with the band’s music. He even went on to say that this might have been his favorite tour stop so far due to the nonstop energy of the crowd. As a fan, it’s really heartwarming seeing artists you look up to be so in awe of how their music has impacted others. When performing their song “Tokyo Drifting”, Dave stopped singing entirely and let the crowd take over.

Witnessing this in person sent chills down my spine as it was so magical to see so many strangers be able to come together and share their love for music. It is a moment from the night I will not be forgetting anytime soon. After “Tokyo Drifting” they left the stage and the lights shut off. Of course, the crowd was craving an encore and an encore was given. They came back out and ended the concert with “Heat Waves”, which is currently their number one song and a perfect way to end the night.

Overall, this concert was an absolutely amazing experience and Glass Animals proved once again that they are a band you do not want to miss when given the opportunity. Their music gives you a sense of euphoria and you will not stop dancing throughout the entire night.