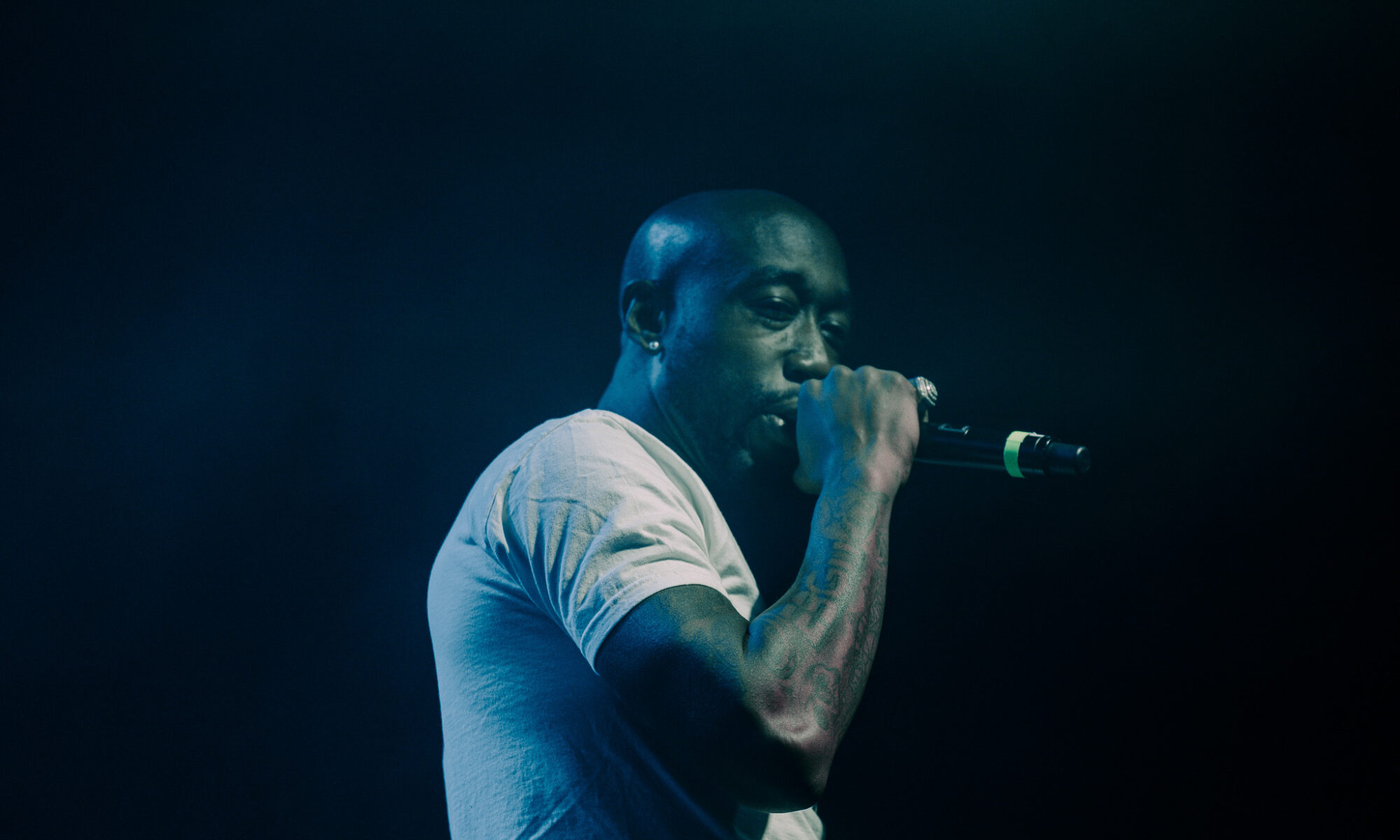 Redveil started the night off with a very intense set. He was able to bring immediate energy to the crowd. He interacted with the crowd on numerous occasions. Although his set was by far the shortest of the three, it was still very enjoyable. After his set, I was able to talk to Redveil for a moment. He came out into the common area and took pictures with all the fans. It was really interesting to see an artist do this. I hadn’t seen someone come out into such an open area immediately after playing a concert. He also had some of the most popular tour merchandise for sale. He had a shirt that looked like a Campbell’s Soup can but was branded with his name and slogans. It was a clever shirt that was clearly very popular among merchandise buyers.

After a short intermission, MIKE took the stage. MIKE is a very different vibe if you are comparing him to Redveil. He almost sounds Reggae in certain parts of his songs.MIKE was not as intense as the previous set but still kept the crowd engaged with his music. He had many people smiling and having a good time as he performed. He didn’t need high energy beats to show the people of The Complex a good time. After his set, MIKE also came out into the common area and spoke with a few fans before going backstage again.

It was a little bit of a longer wait for Freddie. He ended up coming out just after 9:30. The long wait in between sets was handled incredibly by the venue and their staff. The crowd was becoming impatient as they waited. I was very impressed with the amount of water and care that was given to everyone in attendance. It was very needed, as I could feel the room becoming increasingly hot as time went on.

Similar to what usually happens at festivals before a set, the DJ came out 15-20 minutes before Freddie. He played a bunch of music to try to bring the energy of the crowd up before the headline artist. It was super fun watching the crowd jump and sing to many popular rap songs. When the time had finally come, Freddie entered the stage jumping and smiling.

The venue exploded as he began to rap. He was wearing Utah Jazz shorts, which clearly were a fan favorite. It was really cool to see the artist wear something to tribute the city he was playing in. Freddie played a variety of music throughout the show. He played older songs that have become classics, along with songs off his newer albums. He was also able to preview a few samples from an upcoming album. I would debate that the unknown songs were some of his best performances. He seemed excited to perform the new songs. My personal favorite song he played was “1985”. He changed the beat a couple of times throughout the song, which is always exciting to me. I love when artists change their songs when performing them live.

Freddie kept the show very entertaining throughout the entire set. I was even able to spot Redveil side stage singing and dancing during a few songs. As we neared the end of his set, Freddie Gibbs began to demand more energy from the crowd. In response, I can confidently say the people gave him exactly what he wanted. As he began to play his closing song “Crime Pays’, the front row seemed to be seconds away from breaking the barrier. Although I have personally never witnessed the barrier breaking, this was one of the closest I had seen.

Freddie was clearly appreciative of the support he received in Salt Lake. He frequently was grinning ear to ear when talking in between songs. It was nice to see an artist enjoy themselves on stage so much. He wasn’t pretending to be something he wasn’t, or impress anyone. He was simply performing and spending time with his fans. A genuine performance from a quality artist.

Overall, I would highly recommend Freddie Gibbs in concert. From his hits to some of the more unknown songs, he came through with a solid set. He also brought along two very entertaining and talented opening sets. Redveil and MIKE both delivered great performances. I will for sure be listening to more of all three artists. As always, I thoroughly enjoyed The Complex and the quality they bring to every show. I would highly recommend checking out a concert there soon. Freddie Gibbs is one of the best and proved that in concert. Hopefully, you were able to be there to experience it. If not, I hope this is a good taste of what it is like.