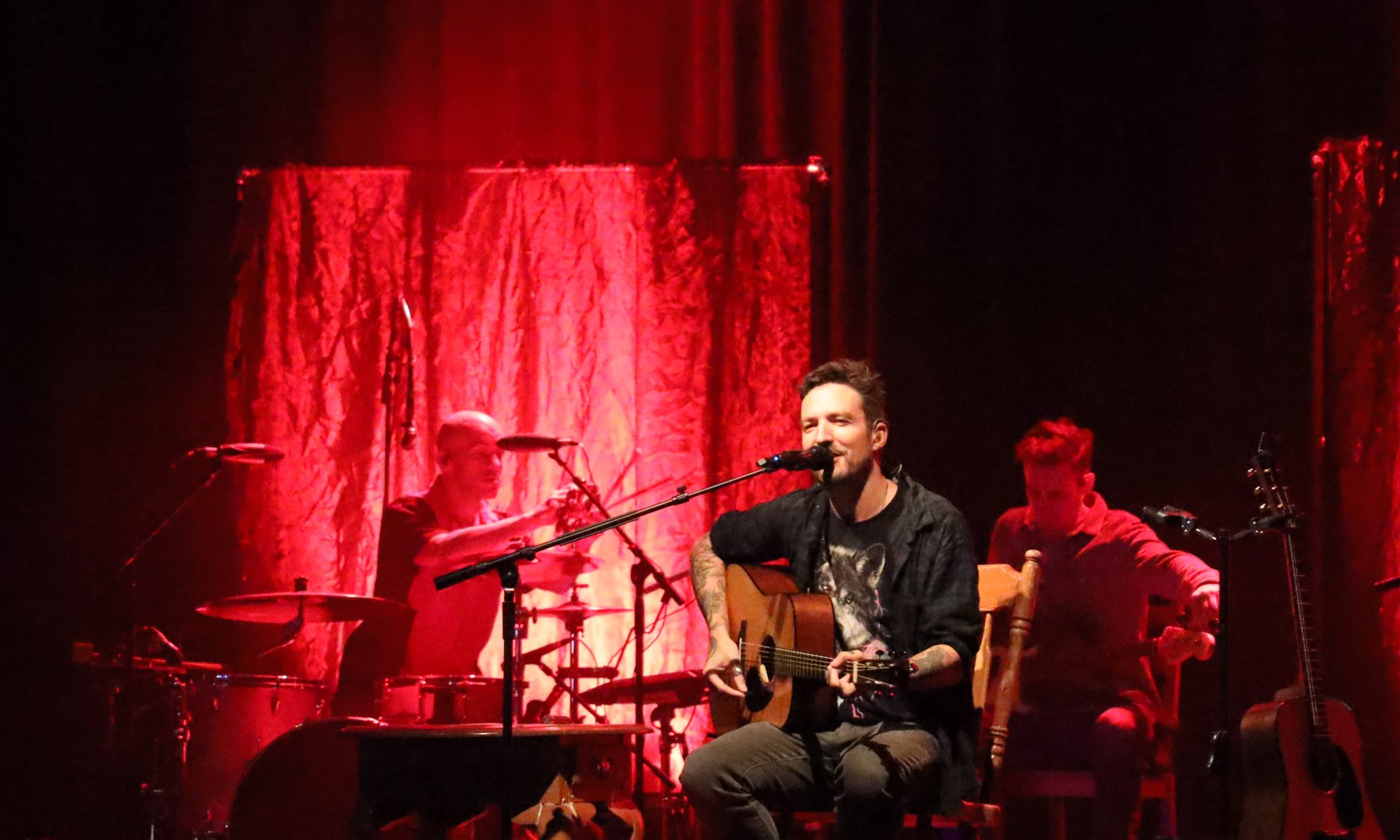 Last week was interesting to say the least, given the opportunity of approaching these last couple performances without knowing too much about the artists was a bit nerve wracking at first, yet a refreshing challenge when exploring any music for the first time. For this reason, I chose to not familiarize myself with Frank Turner, doing what I could to maintain an objective mindset, moving forward. Unfortunately, I was late due to the eight city blocks that is the entirety of Salt Lake being crippled by one basketball game.

Kicking myself as I ran in, with Kayleigh Goldsworthy already one third into her set as I walked into The Depot staged as a sitting room venue attended with about an eighty percent venue capacity of avid folk music fans, the majority of which, were sitting stage center as far up as they could. This being one of the best indicators for someone trying to gauge the night’s entertainment from the back of audience members heads, could hope for; a wave of chills peppered my arms and neck while Kayleigh strummed beautifully through her set. Kayleigh has been pursuing her solo career ever since The Scarlet Ending, abruptly announced an indefinite hiatus; with a new sound, hand-picked production team and countless ‘til’ dawn’ trips over the last nine years. She released her first LP Burrower in 2013 and her latest EP All These Miles, last year. Kayleigh is the real deal; she embodies what it takes to be a grassroots Folk artist. Her setlist included songs from both albums, each acoustic track blending with her voice as it rose above the breaks. The last final echoes of Kayleigh’s voice faded as I heard myself, already, humming the chorus to “Stuck.” ‘”All These Miles” will be ready in my playlist queue for quite a while.

The stage was set simply with three silk textured backdrops, reading “No Man’s Land,” as if we had just arrived there because Frank had never looked more comfortable. This almost thirty song setlist began with Frank, a guitar, mandolin, an affably self-deprecating wit and a voice which swelled, ebbed and fluttered through melody and chorus alike. He opened with “Jinny Bingham’s Ghost”. Frank sang about loss, tragedy as personifications of traits we fear within ourselves and our society with such transparency and style you may not notice the poignant yet persisting feeling of contempt for the marginalization of anyone, group or culture, within the verses.

I finally joined the party as “The Death of Dora Hand,” a bouncing tune to which you couldn’t help but tap your foot; took up a note. Frank with the help of Dora lays this sort of period piece addressing the knee deep quagmire of misogyny that an entire half of our world fights daily. The song ends, then a moment; he laughed to himself, yet doesn’t share the joke, because there wasn’t one. Frank constantly grabs at aisle splitting issues through a song or verse, creating imperative and absolutely essential dialogue now accessible as a catchy song. This sitting room had become something of a coffee table venue, where we would have a chat with Frank, he would sing a melodic dark kicker about a farmer who met his end drinking while harvesting or something of the like.

Frank gained a fan in me as I listened to “Rosemary Jane”. His music is genuine and heartfelt. I was still learning what it’s capable of doing when Frank with the simplest of gestures can make the largest impression. While he painted the most intricate tapestries of stories with his melodies, taking just a moment to thank the person to which, he still owes it all. The performance was coming full circle during the final break in the show, I was filled with a strange feeling definitely embarrassed with myself that I expected Frank Turner to be a charming, eerie British songwriter. He is much more than that indeed. When Frank joined us for the second time, he has some company. He is joined by his longtime friends and accompaniment in ‘No Man’s Land,’ The Sleeping Souls: Ben Lloyd on mandolin, Tarrant Anderson holding up bass, Matt Nasir also on mandolin and rhythm guitar, all backed up by Nigel Powell on drums;  always keeping the upbeat rhythm so necessary to making eight stringed instruments sound simply divine. The last leg of the show took more of an introspective turn within Frank and his past, well, all of our pasts really. Frank is a wonderful narrator, characterizing this thunderhead of negative emotional behaviors by giving all of these anchors dragging him beneath the keel of his own ship: mistakes and the all self-destructive idiosyncrasies he’d collected and buried. He calls her “Amy”. The trilogy which followed this introduction into his life is a journey best told by the man himself. Frank Turner’s “Amy Trilogy” has something for everyone because she is everyone. “Tell Tale Signs” was the last time I would be surprised by Frank’s easy going self-deprecating humor and an ego he utilizes his flaws if he got past Amy he can surely reach out to us.

This night was filled with many more moments of raucous laughter, moments of reality shaking humility, but mostly joy, singing along with Frank Turner and the Sleeping Souls as they played their way through the new album and classics. The final three songs were a whirlwind of fun and, says, “So I wrote an album called ‘Be More Kind….’ You guys remember 2016? Remember the way we used to speak to each other?{sic}” Frank ended the night with everyone on their feet singing up into of the balcony above, “be more kind, my friends, try to be more kind.” At the end of this show number 2407, Frank Turner and the Sleeping Souls shouted with the room; “you’re not alone…we’re going home.”