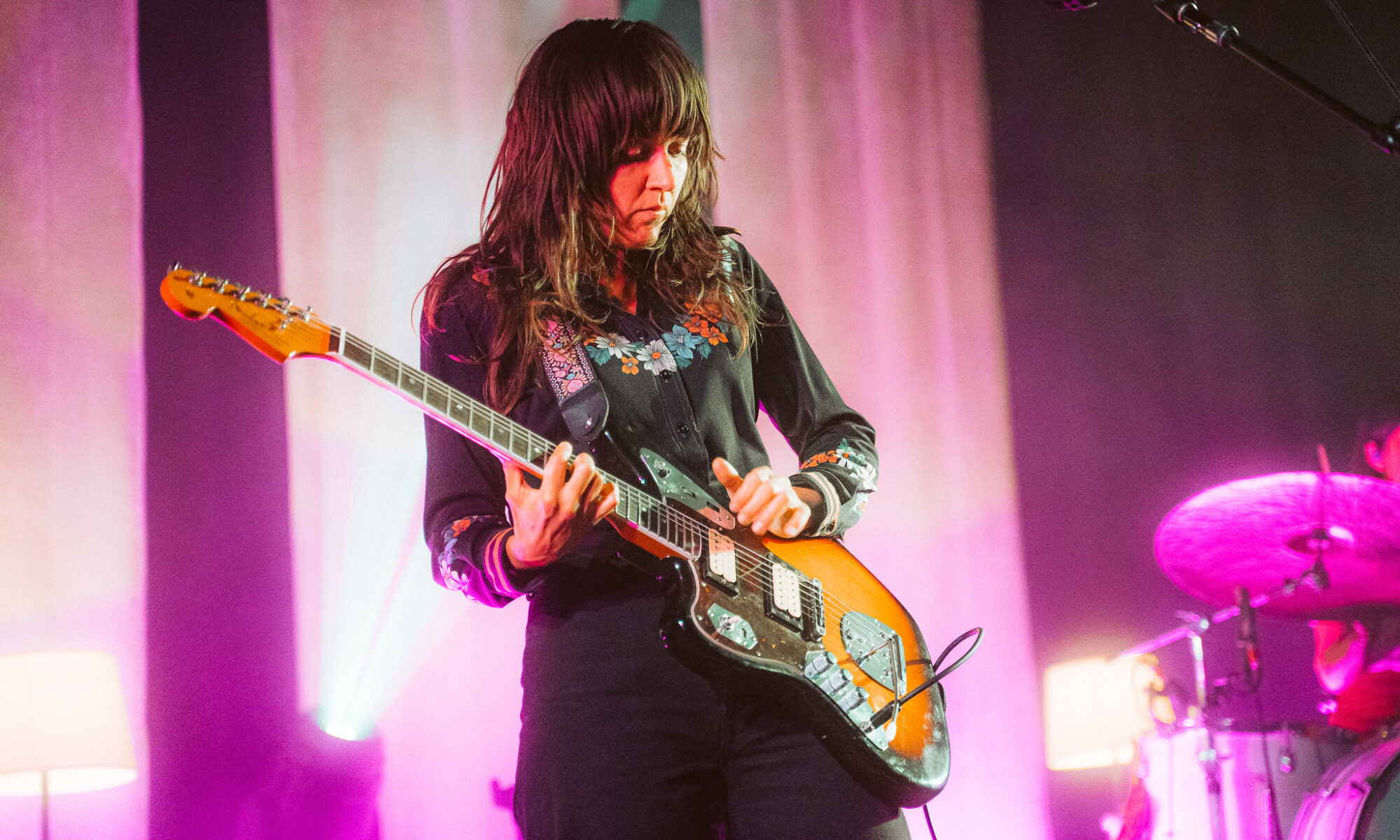 I arrived just as doors had opened and fans lined the street waiting to get into the venue. My first impressions of the venue were a little off because when you walk in there’s just a narrow hallway and a couple of staff members, but they proceeded to tell everyone to go to the second floor where the stage was kept. I was surprised with the amount of room they had, which was perfect for the amount of fans that came to support Courtney. The Depot has one main GA area, and behind it some spaces for fans to sit and enjoy the concert a little further away. What I thought was super cool is that their bar area was on another floor above the stage giving it almost a multi-story theatre feel. Not to mention the sound was absolutely amazing everywhere you stood.

Accompanying Courtney for the first few shows of the tour they had folk singer-songwriter Bedouine to open. She played a beautiful solo acoustic set. Which was great because she was the first solo acoustic act I’ve seen live and she did amazing. Her pure sound serenaded the crowd and had them cheering and swaying until she finished. Before leaving the stage she thanked the crowd as this show was her last performance while supporting Courtney on her tour.

After Bedouine’s set time passed and fans waited patiently for Courtney to take the stage. While everyone was waiting more people entered the venue and filled the GA section almost to the point where you could barely get to the merch table. It was great to be back in that volume of people to photograph a show. Being around happy people excited to see one of their favorite artists makes it so much fun going to shows where I haven’t listened to the band before.

About 5 minutes before Courtney and her band was about to take stage fans completely filled the GA section eager to see her play. Then finally all the lights shut off and fans went crazy. They filled the venue with their cheers encouraging Courtney to take the stage. Opening with “Avant Gardener” a steady drum roll invited Courtney to enter and start playing through the song. It was awesome to see the fans against the barrier singing along with her so precisely.

Following the first song Courtney asked the crowd “How are you guys doing? What did you guys do today? 123 Go!” and multiple responses and cheers echoed from the crowd in response and she continued on to the next song “If I Don’t Hear from You Tonight”. Each song Courtney played had such a catchy feel to it. Every fan was dancing along to every song. After my first 3 songs from the photo pit I enjoyed the show from around the soundboard, and even fans back there were having the time of their life.

Between each different song fans cheered heavily. But there were a couple fans in particular that made my night. While I was over by the soundboard this lady screamed at the top of her lungs, and a couple of other fans were cheering her on and one told her “We’re in the presence of a rockstar! And that’s the way to do it!” notioning towards the other fan screaming. Then they both continued to cheer on Courtney together. It was great to see even the fans in the back retained such high energy in response to her set.

After a few upbeat songs Courtney said “I’m going to play a ballad now, is that okay with you guys?” and the crowd cheered her on encouragingly. Throughout the song many fans had a heartwarming reaction while singing the slow song with her. Once they had finished the song Courtney said “You guys are all very good singers thank you!” and then proceeded to play another upbeat song.

During one of the songs she had brought out a cowbell and every time she hit it the fans went crazy. Everybody loves a little cowbell. After that song she asked the crowd “Are you having a fun night?” and before she had even finished the sentence everyone started screaming and cheering in joy. “Are you having a really fun night?” she said in response and their reaction was almost 2x louder the second time. She then proceeded to play my personal favorite “Pedestrian at Best” and then left the stage. Fans chanted “ONE MORE SONG!” until she finally came back out and before they got to playing again she had invited Bedouine to thank her for playing the first couple shows with her and they sang an encore together before the show completely ended.

Oh The Night
Before You Gotta Go