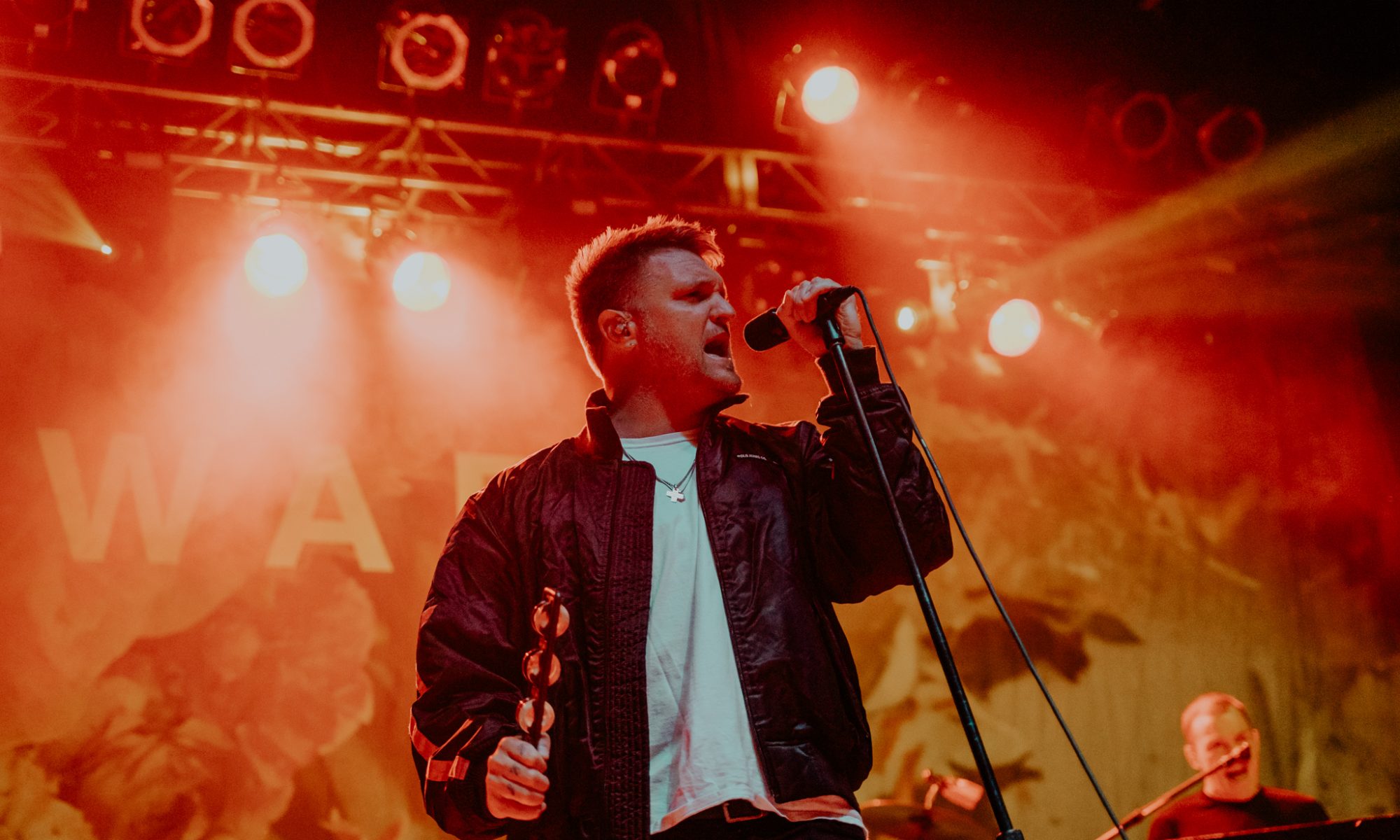 The air is now cool and crisp and the mountains have a dusting of snow. The outdoor concert series are finished and once again it’s time to turn to the indoor venues that we know and love for the winter season. On Friday night, I walked into the Depot for the first time in what felt like an eternity. The Depot has always been one of my favorite venues in Salt Lake. It’s small enough to feel a sense of intimacy, yet large enough to host big names. It was nice to be back. There was a slow trickle of people walking through the door as we waited patiently for the show to start. Around 8:15 pm Slow Caves, an indie rock band from Fort Collins, Colorado took the stage. They released their debut album “Falling” on Flaming Records back in March. There was a certain “90s high school garage band” feel to their music and you could tell that they often play dives bars rather than large stages. Nonetheless, they had the crowd cheering by the end of their set.

Cold War Kids kicked off the night with the classic, soulful anthem, “Love is Mystical”. Immediately the crowd was jumping. It was the first stop on the tour but the guys are veterans up on the stage. They knew how to bring life to the crowd and raise the energy in the room. Each one of them had a commanding stage presence and they interacted playfully with each other, moving around the stage and reaching out towards the audience. They followed the start with a few fan favorites including “Miracle Mile”, “Hang Me Up To Dry” and gospel-infused “So Tied Up”. Nate, with a maraca in hand, belted out “Now hang me up to dry, you wrung me out, too too too many times” as the crowd sang along. You could tell that Nathan Willett, their lead vocalist, was beloved by the crowd. Each time they paused between songs a different person would shout “we love you, Nate!”. It was easy to see why. He had a charismatic presence on stage and an incredible voice. It’s always a testament to a band when they sound as good live as they do on the studio recording and at times I thought Cold War Kids sounded even better.

The crowd filled in throughout the night, but there was a surprisingly few number of people who turned out for the show. The Depot seemed like it was only about half full and a large number of those people crowded in the bar upstairs. Cold War Kids definitely have an older fan base. It makes sense since they’ve been around in some capacity since 2004 and are about to release their seventh studio album “New Age Norms 1” on November 1st. We were lucky enough to get a taste of the album during the show and it’s definitely classic Cold War Kids. They haven’t strayed far from their sound and that’s not a bad thing. Their fans seemed to love it and I did too. They sang “Dirt in My Eyes” and “4th of July” off of their upcoming album and both had a strong bassline with more modern pop/rock influences.

Halfway through the set, Nate paused to talk to the crowd, thanking them for being here. “We feed off your energy”, he said, “this is weirdly intimate tonight. I wasn’t expecting how warm this would be. We could all get drinks after and chat. Thank you for being here”. He smiled and the crowded cheered back at him. He was right. It did feel intimate. The crowd might have been small in numbers but it was obvious that everyone was a long-time fan. They clapped and sang along as Cold War Kids continued to play, including hits “Waiting for Your Love”, “Can We Hang On?” and “Restless”. They wrapped up the night with “First”, likely their biggest hit, and went on to cover George Michael’s “Freedom” during the encore.

There’s this amazing thing about live music. The more I’m surrounded by it, the more I start to feel it. It just makes people happy. Every show I go to I look around at the crowd and I see people with smiles on their faces. I’ve written about this before and it may sound corny, but there’s something really special about it. I really felt that this show. People weren’t on their phones or distracted from what was happening. They were fully present, which is unique in today’s world. I glanced up towards the balcony and everywhere I looked people were smiling. Some had each other wrapped in their arms, others were dancing hand in hand. To my right, a group of friends laughed and danced like it nothing else matter. There something about being in an environment like this – you can’t help but get caught up in the moment yourself. I walked out of there that night smiling and I went to bed happy. That’s the power of music and that’s why I love to do what I do. Thank you Cold War Kids for making us feel this way. I hope you felt it too.