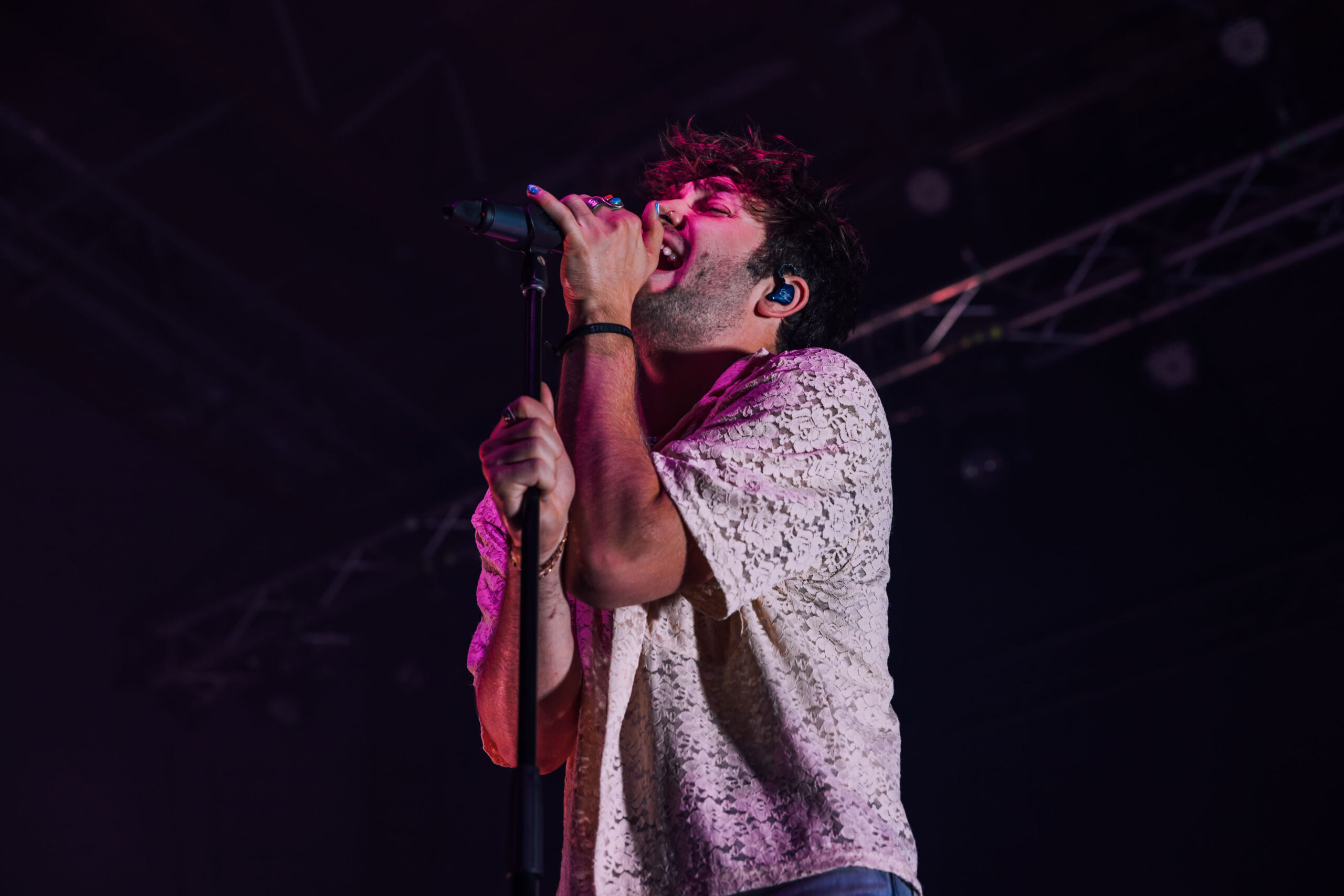 We often forget that musicians and celebrities even though their life looks very glamorous and exciting they too go through hardships and have their own struggles just like everyone else. I think a time where a lot of us realized that was during the pandemic. Many people went through a lot of not only physical sicknesses but also mental illnesses.

Christian brought this up on stage how the last year and a half has been one of the hardest ever, but how he has also grown from it and written new music in that time that he thinks is going to be the greatest he has ever done. And I cannot disagree.

He decided to give Salt lake a taste of 2 of his newest unreleased songs that hopefully will be coming out soon. He also played his newer songs like ‘Avalanche’ and even older ones like ‘Dying alone’ which is one of my personal favorites.

I was able to talk to some of Christian’s fans asking them what their favorite song of the night was. One said “ I absolutely loved when he played ‘Crowded Room’. “ another saying “ ‘Bright side of the moon’ was mine because it was one of my first songs I found by Christian French, and when I found it I was going through a really rough breakup. It helped me understand that there is always a light at the end of the tunnel!”

I have to say I have never seen anyone more passionate performing than Christian. He put everything into his performance that night. Even his Raisin Bran. Throwing a bag full of it into the crowd at the end of the show. And you know the crowd loved it, singing every single word to the songs he played to doing the worm in open places of the venue. Christian still has so much more room to grow and I cannot wait to see where his music career goes.